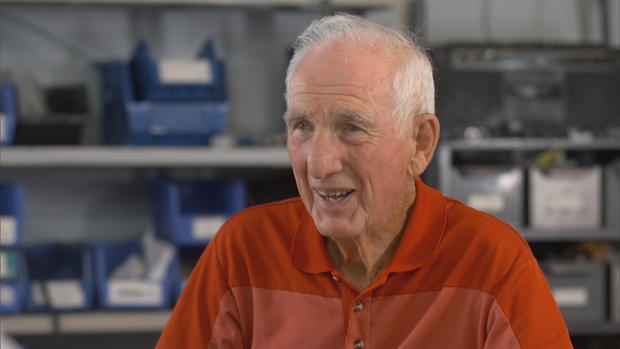 Oxford, Md. — After a long, successful career as a veterinarian, Dr. Lincoln Parkes retired 27 years ago — or so he claims. At age 90, he now spends eight to 10 hours a day building carts that transform disabled dogs.

One dog helped by Dr. Parkes is Lester. He has a spinal disorder that owner Ileana Moya said is not uncommon with corgis.

"I thought I was going to lose him for sure. I was devastated. He's been my buddy forever," Moya said.

For Parkes, he said he doesn't do this for the money.

"When I see them run out the door after being carried in, that's my paycheck," he said.

Another client, Lynne Spector, said her dog Milo went from just lying around to chasing deer again in her backyard.

"He is like, a lifesaver to all these animals," she said of Dr. Parkes.

Over the years, he has also helped cats, rabbits, pigs, even a chicken. He got his first patent in 1961 and never stopped tinkering.

Soon he plans to release a new design that he said will blow the wheels off the competition. So he's just getting started, at 90 years old. 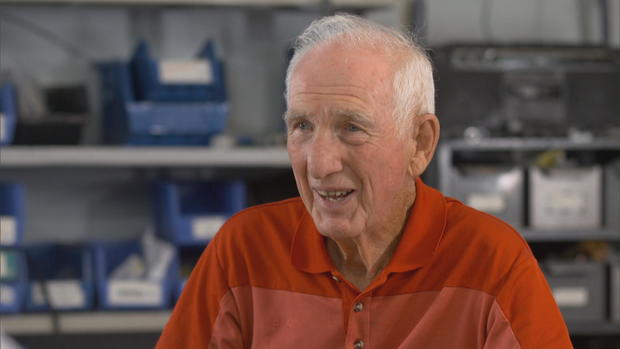