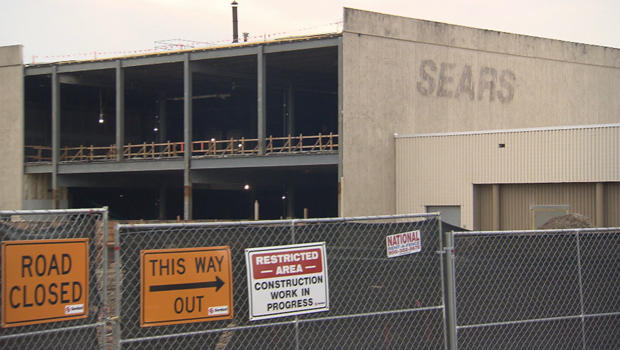 But then, the company that dominated the department store business for much of the twentieth century officially filed for bankruptcy, buckling under its massive debt load and staggering losses.

The Sears store at the Paramus Park Mall in New Jersey is about to become a Stew Leonard's grocery store.

CEO Stew Leonard, Jr,, used to shop there. "I've always looked at Sears as a great retailer," he said. "And now to see us taking over a Sears, I will sit there and say, 'Boy, we have to keep changing, too, as retailers."

Sears was founded 125 years ago by a railroad man named Richard Sears. With his partners, Alvah Roebuck and later Julius Rosenwald, he figured out that America's new railroads and the Postal Service's package delivery would let them deliver products to small towns all over the country.

Sears sold everything you'd ever need, from cradle to grave. Everything for the house, even the whole house!

"They took elite artifacts that only wealthy people had, [and] made them accessible to people who were rising up through this new thing called the middle class," said Don Katz, the author of "The Big Store," an inside look of Sears written in 1986. He says Sears didn't invent the future only once. In 1925, the company's then-vice president Robert Wood launched Sears' second act: Opening physical stores.

"He decided that the automobile was the key to what was going to happen to commerce in America," said Katz. "He began to buy the crossroads outside of cities and towns all over the country." Those crossroads eventually became the suburbs.

And when Americans moved in, Sears was waiting.

"You make it sound like Sears was this incredibly innovative company at the beginning," said David Pogue.

In its heyday, Sears offered job benefits like profit sharing and generous pensions. No wonder so many employees stayed with the company for decades.

Bobby Jones worked at Sears for 35 years, and filled his house with its products. He showed his home to Pogue: "This is a Kenmore dishwasher, microwave oven. This table and chairs and the china cabinet came from Sears; the drapes came from Sears.

"From my very first memory as a child, the Sears catalog was there in our house. The majority of the clothes, shoes, was ordered from Sears. My mother even ordered her fruitcake each Christmas from Sears."

But over the years, innovation slowed and things began to change. Mark Cohen, who was once the CEO of Sears Canada, said, "Sears became increasingly inwardly focused, as many businesses that become very successful and very large do, to their peril."

Today, Cohen teaches retail studies at Columbia University. He says that Sears could have survived the competition from Wal-mart, Home Depot, and even Amazon. What ultimately doomed Sears, he says, was bad leaders, especially billionaire investor Edward Lampert, who bought Sears in 2004 and merged it with K-Mart.

Lampert has sold off Sears brands and real estate, and closed hundreds of stores. Of the 2,300 Sears locations eight years ago, only about 500 remain open today.

Lampert has publicly defended his efforts to turn the company around, and in an e-mail to Sears employees he blamed the bankruptcy, in part, on today's "difficult retail environment."

After repeated requests to interview Lampert, Sears yesterday provided this statement to "Sunday Morning," which reads, "Sears and Kmart remain open for business and we continue to focus on delivering for our members this holiday season.

"Protecting the interests of Sears' associates and all stakeholders has and will continue to be a priority for the management, board and restructuring committee of Sears."

Pogue asked, "Is it possible that Sears was already behind the times, doomed to go out of business when Lampert came along, and that he really wasn't the tipping point?"

"I believe in 2005, when Lampert took over, the company could've been resurrected," Cohen replied. "Amazon still was in a very nascent position. Sears still had a tremendous reputation, especially in brands like Kenmore, Craftsman and Diehard. And so, there was no reason to believe the company had to, quote unquote, fail."

Many retirees at a Sears reunion in Atlanta can't understand why Sears couldn't turn its successful catalog business into a successful internet store. "Sears could have had control of that just like Amazon, even years ago," said one.

"They gave it away," said another.

Good point: After predicting the impact of the railroad and then the highway system, how could Sears miss the rise of the internet? Well, it didn't. Remember the early online service called Prodigy? ("Shop at home!") It was a joint venture between Sears, IBM and CBS, 11 years before Jeff Bezos founded Amazon. It was just a little ahead of its time.

Katz said, "What happens when you lose your way is you don't even know what you have anymore."

Twenty years after writing his book about Sears, Don Katz left journalism to found the audiobook company Audible, which in 2008 was bought … by Amazon. He says all companies, even his own, can learn from what's happened to Sears.

"They needed to reinvent themselves in a really disruptive way," he said. "It just didn't happen."

The remaining Sears stores are still open for the holidays, and just last week, Edward Lampert's hedge fund offered to buy the company out of bankruptcy for $4.6 billion, saying they believe in Sears' "potential to evolve."

He told Pogue, "The company has zero chance of success. I hate to say that, because there's still quite a few people in the U.S. at least who look to Sears for their employment, but there's no chance for the future there, in my opinion."

And at that Stew Leonard's grocery store in New Jersey, the only bit of Sears that will remain is a lesson. As Leonard himself said, "It's just a message to all businesses in America. You know, you have to change. This is a good reminder for us. We have to change every day." 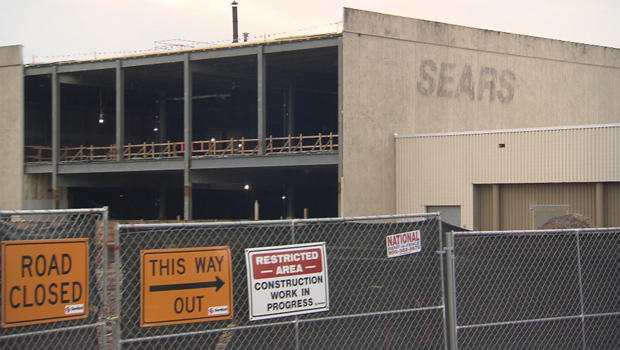 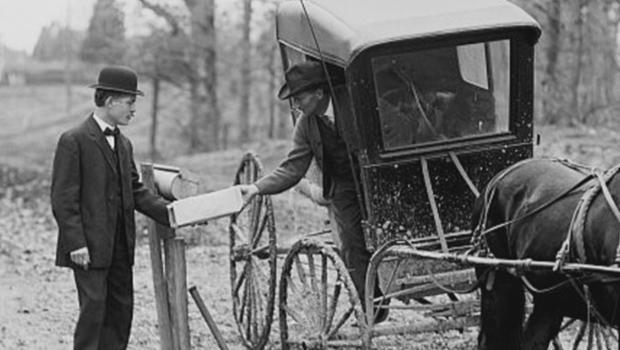 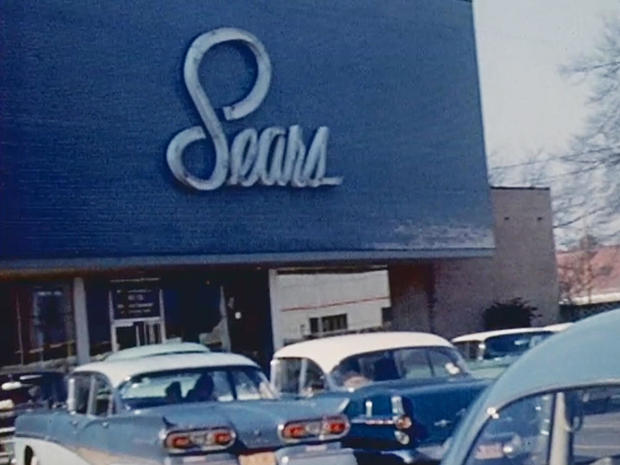 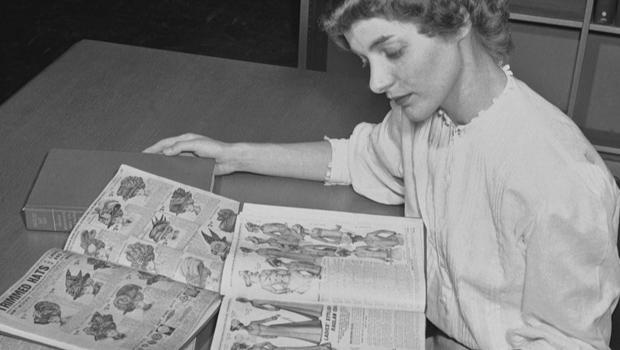