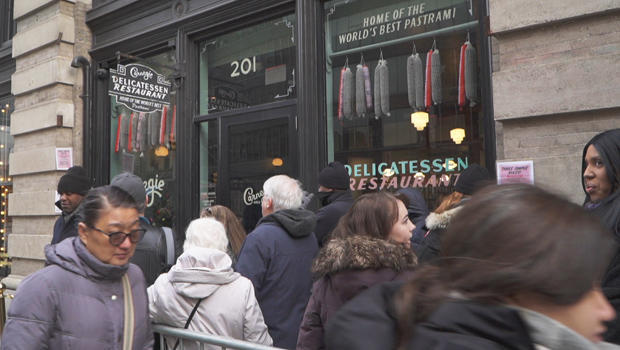 'Tis the season to be shopping. But while everyone is bemoaning the death of malls and other brick-and-mortar retail, "pop-ups" have been popping up all over the place. These temporary events – think of them as the Hermit Crabs of unused retail space – serve all kind of purposes, from selling products overtly, to selling things in a more subtle way, like the recent pop-up that brought back New York's famed Carnegie Deli (which actually closed in 2016), all in the interest of promoting an Amazon Prime TV show, "The Marvelous Mrs. Maisel."

Because they are fun, immersive, and oh so Instagrammable, but somebody still has to pay for them, pop-ups often straddle the line between art and commerce. And nobody straddles that line quite like 29Rooms.

It's the creation of Piera Gelardi, whose digital media company, Refinery 29, covers culture from the perspective of young women.

"We think of 29Rooms as our immersive world of culture and creativity, where 29 different artists bring to life spaces and experiences," Gelardi told correspondent Luke Burbank. "Everything from dance to art to music to film."

29Rooms, which popped up in L.A. for just four days a week ago, featured various rooms curated by artists and celebrities like Nicole Richie and Kesha; social justice organizations like the ACLU; and major brands like Pantene, Smirnoff, and "morning after" pill Plan B (who paid for phonebooths where visitors could hear pre-recorded stories of emergency contraception).

For these brands, paying to be here (at least temporarily) is a good way to reach potential customers in real life, which is difficult to do in this era of online shopping.

Gelardi said, "We wanted an opportunity to really connect people in a physical space and allow them to interact with artists, interact with different forms of creativity that they might not already have access with, and then interact with both our brand and our brand partners."

Pop-ups have become big business, worth about $50 billion in 2016. So POP-ular that, in fact, the average length of commercial retail leases has shrunk, from 20 years to just five years.

Just ask John Goodman: "We just want to come into a city, conquer a city, and leave, make them wanting more. Whether we come back or not, who knows?"

Goodmanused to be the CEO of mall retailers like Mervyn's and Wet Seal, but these days he thinks the future of retail is in pop-ups, like the one he runs called Candytopia, a traveling funhouse dedicated to all things sweet.

"I was in retail my whole life," Goodman said. "So I know the mall, I know the area, I know experiential retail. I felt like we could be part of the reinvention of the mall, because it was getting staid and tired."

Goodman's business partner is Jackie Sorkin, a celebrity candy artist, who took Burbank on a tour of Candytopia San Francisco.

"I was obsessed with 'Willy Wonka,'" Sorkin said. "I was a latchkey kid, so, you know, spent a lot of time watching the movie over and over and over again. And, eventually, I think the principles of the movie really spoke to me."

And for a limited time, visitors can experience those principles themselves, all for the low, low price of $34 a ticket.

There's the celebrity portrait gallery made of candy … next door to a room filled with candy confetti … and of course, don't forget the gift shop.

But the main attraction might be the giant pit of fake marshmallows – a moment perfect for sharing on social media, which is kind of the point, said Sorkin.

"We've got all these incredible structures, where you want to take photos with the candy sculptures. It's really just an Instagrammer's dream."

Dreams that can also come true at San Francisco's Museum of Ice Cream, which technically speaking is not really a museum but was so popular as a pop-up it's now permanent, and just the place to take that perfect picture with that special someone (yourself).

"With the pop-up it's your ability to get people there quickly 'cause it's saying, 'Hey, limited call to action. Get here now while supplies last,'" said Tommy Honton, one of the founders of the Museum of Selfies in (where else?) Hollywood. "So, the idea that this beautiful room made of flowers or this crazy room made of tape may not be here forever, so come take your photo, get a really cool angle on it, and then go about your day."

The Museum of Selfies also started as a pop-up.

"When you walk into a real space, you're there," Honton said. "That's very special because there are chemicals in our brains that react when we are in a space. Watching TV you can still get a reaction from a character or a journey." 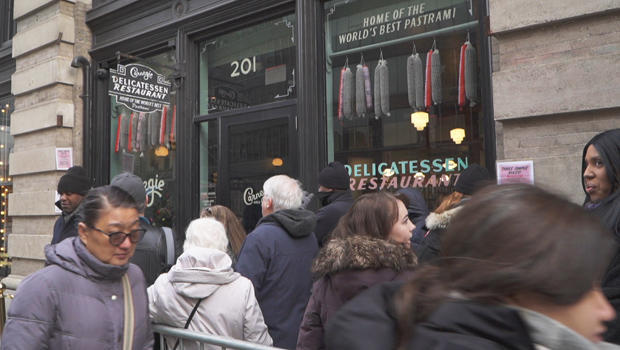 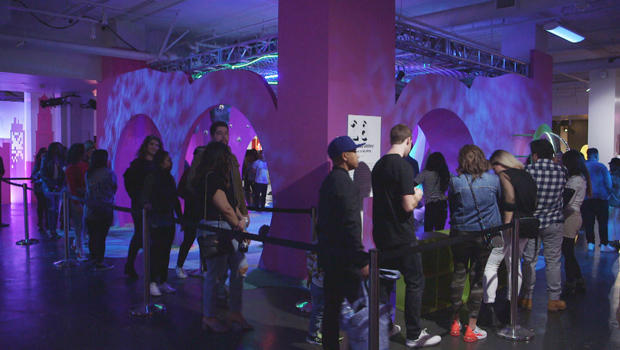 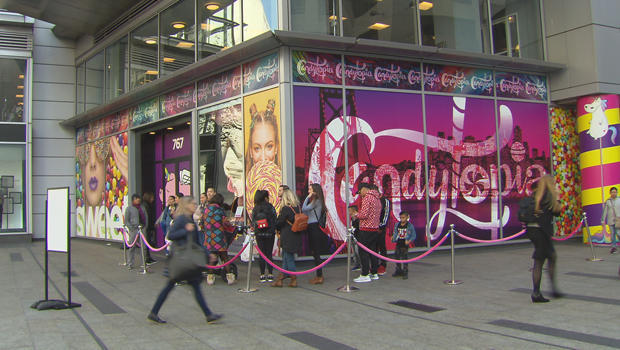 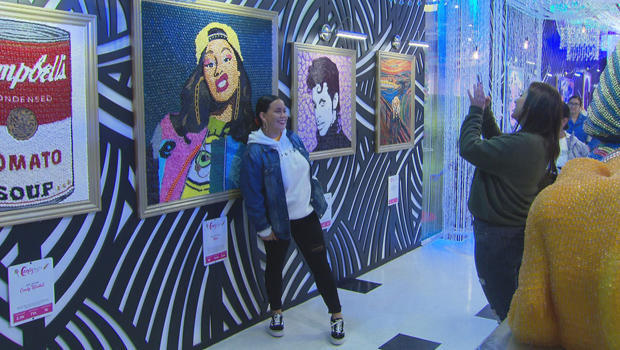 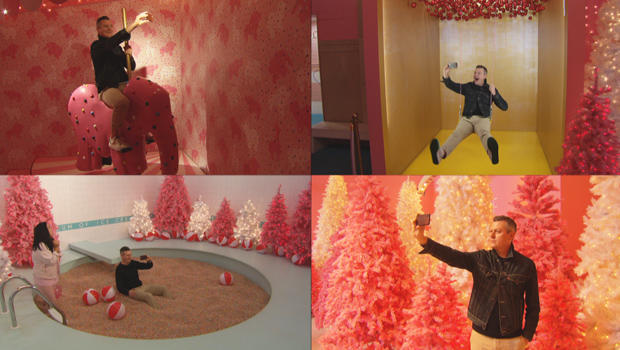