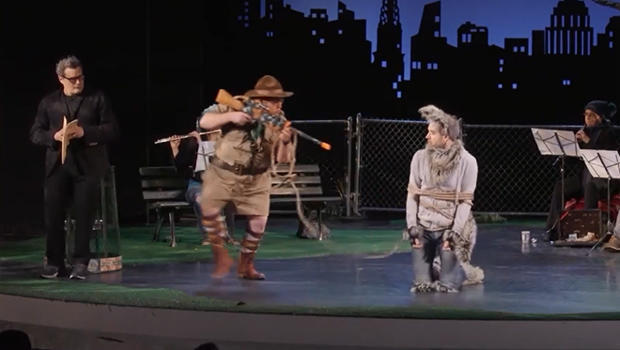 If you are of a certain age, there's a good chance that the first time you heard classical music was listening Prokofiev's beloved fairy tale, "Peter and the Wolf."

In 1936, Russian composer Sergei Prokofiev was commissioned to write a light-hearted piece, words and music, that would introduce the sounds of an orchestra to young people.

As introduced by fashion designer Isaac Mizrahi, who narrated a recent performance at the Guggenheim Museum, the Bird is played by a flute; Peter by a string ensemble; the Wolf by a trio of reeds and a French horn ("Scary, right?"); and the timpani player portrays the Hunter.

"It's all about sort of exposing the youth to music lessons," said Mizrahi. "But maybe not timpani lessons!"

The story involves a boy who displeases his grandfather by leaving open the garden gate, allowing a duck to escape to the pond and become threatened by a wolf from the nearby forest – just the kind of fanciful drama that might appeal to a precocious kid learning stagecraft in his Brooklyn home.

Mizrahi said, "I had this big, giant puppet theater in my garage which I made. You know, writing stuff and making puppets and performing it for the kids in the neighborhood. It is kind of like a big-scale puppet show to me."

"You did all the costumes for your puppets then, too?" asked Giles

"So you've been training for the work you do …"

Which is when "Peter and the Wolf" first enters the picture.

Mizrahi said, "My first memory of it was a record I had of Leonard Bernstein, and so that kind of opened it up for me. I also had the David Bowie version."

Over the years, there have been many other celebrity narrators, including Mizrahi.

Small wonder that Mizrahi just had to try his hands at one of music's most beloved scores.

"Soon a duck came waddling around. Now she was very glad that Peter had left the gate open…"

This holiday season marked the 11th time he's told the story as part of the Guggenheim's "Works & Process" series.

Fact is, Mizrahi has always been a storyteller of one kind or another; since the late 1980s, his clothing and accessories have caused a sensation on high-fashion runways. Likewise, his version of "Peter and the Wolf" has become a hot ticket in New York, for grown-ups and kids.

"I'm very proud of that fact. And I think it has to do with perseverance," he told correspondent Nancy Giles.

And, no doubt, his eye for detail. Mizrahi also directed the production.

John Heginbotham, a longtime friend, choreographed the performance: "One thing I've noticed over the years is that he dreams really big. The Isaac that you're seeing on stage is really not that different from the Isaac back in the dressing room. So, I would say that he is strongly connected to his child mind inside, his brilliant child mind."

Mizrahi basically follows Prokofiev's script, but adapts it slightly for each performance. One big change: he moved Peter from Russia to New York City's Central Park, and dresses him accordingly. He wears shorts and a beanie.

Naturally, Mizrahi designed the costumes, and gave them a contemporary spin.

Giles asked, "What made you put the Wolf in jeans?"

"Well, originally, it was supposed to be sweat pants, but somehow, it didn't work as well," he replied.

Isaac Mizrahi says he loves seeing these beloved characters come alive, not only at the famed art museum, but in his own bedroom.

"Almost every night I recite it to myself to fall asleep, because I'm not a great sleeper," he said. "So, it's like this weird bedtime story that I tell myself in the dark with my eyes closed, trying to fall asleep.

"Early one morning, Peter opened the gate and went out into the big, green meadow … Literally, every single night when I get into bed, that's the first thing I say to myself!"

You might say for Mizrahi, counting wolves is a lot better than counting sheep! 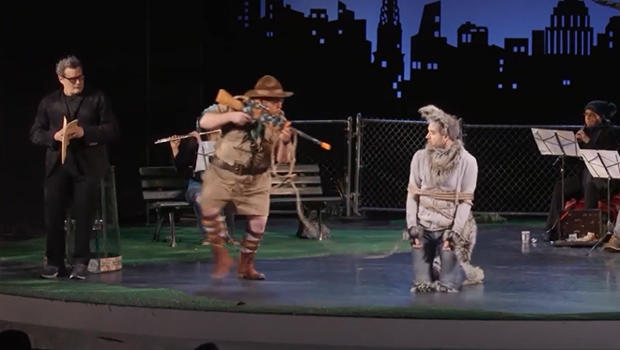 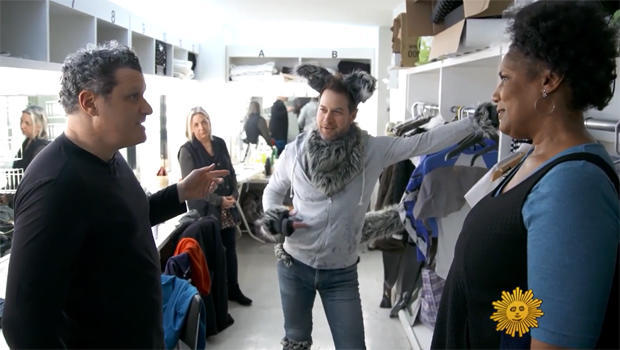 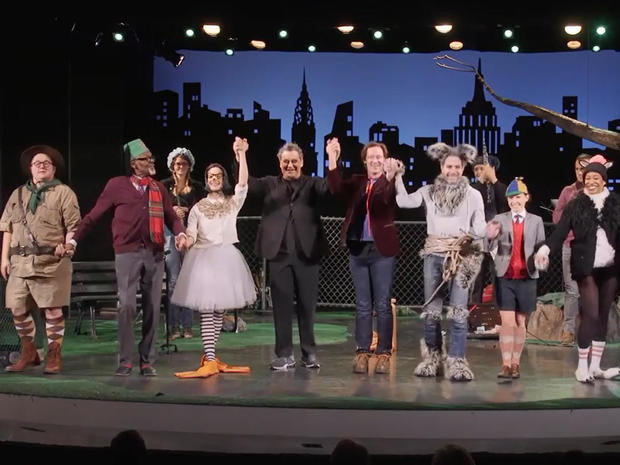