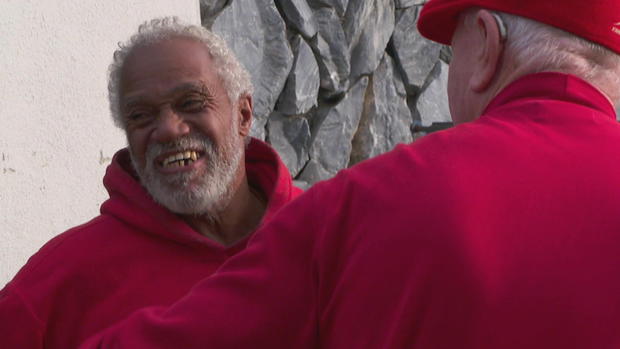 Phoenix, Ariz. — A lot of people ignore the homeless, but folks rushing past Moses Elder might regret their haste. This week, all people had to do was pay him some attention and he would pay them back with $100.

Moses' mission was financed by Secret Santa, the same anonymous, wealthy businessman who every year goes around the country handing out $100 bills to random strangers.

This holiday season, in addition to his normal giving, he came to Phoenix and recruited a most unlikely homeless elf. He gave Moses about $3,000 with the instruction to give it away to whomever he saw fit.

"I think this will be a joyful experience for him. You know, it's a myth that the homeless just take. From my experience, the people with the least give the most of what they have," the Secret Santa said.

CBS News saw that, too. Danny McCoy put change in his cup, even though he has seven kids, and until this moment, had no idea how he was going to buy Christmas presents.

"I'm eternally grateful for what he did," Danny said.

That's the kind of relief Moses brought to so many. Most of those he blessed were strangers, but not all. He gave one man from church $400. He gave a homeless mother of five $500.

"Remember, people appreciate you with your kind, giving heart that you take care of your kids the way you do," he told her.

Of course, in the end, Secret Santa also gave Moses some money to keep for himself.

"This here is a new beginning for me," Moses said. But he said that reward pales to the joy he received from helping others.

"Today we changed a lot of people's lives. But I believe my life was changed the most," he said.

He said even when you're homeless, it feels so much better to give than to receive.

"You know, kindness is a bridge between all people and so if you're ever down, and you want to lift yourself up, go do something kind for somebody," the Secret Santa said.

It will make you feel like way more than 100 bucks. 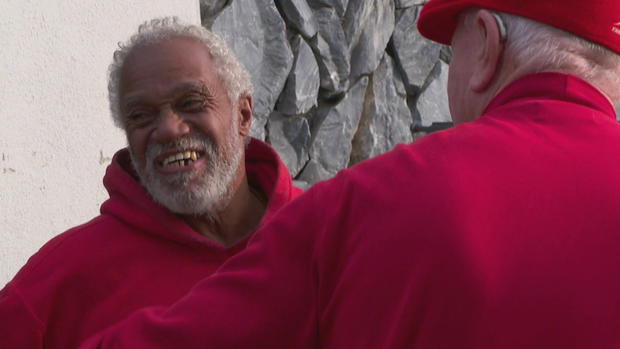