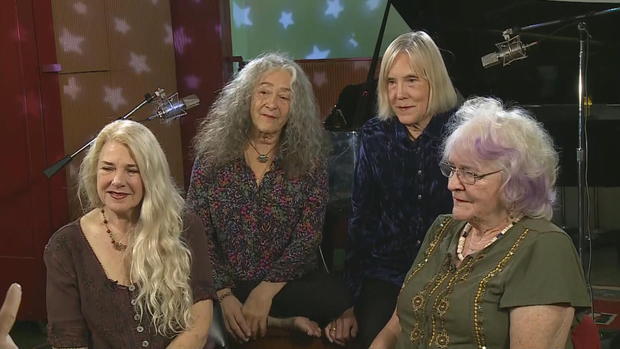 As the Ace of Cups, Denise Kaufman, Mary Gannon, Mary Ellen Simpson, and Diane Vitalich were a pioneering all-female rock band. Fifty years ago, they were right at the center of San Francisco's exploding music scene.

They shared the stage with popular acts like Jefferson Airplane, the Grateful Dead and Janis Joplin. But they never got a chance to make their own album.
"Well first of all we didn't get a record deal at that time and that was sort of the next step for us," Denise Kaufman told CBS News correspondent John Blackstone. "If you didn't record …. you never got a fan base farther away than your local situation, and so then you didn't really get to tour. So all of those things that would have been part of the next step never really happened for us."

Half a century later, they finally got their shot. The group, all well into their 70s, is back together. As soon as they start to play, it sounds like the 60s all over again, raising the question of why they were never offered a record deal so long ago.

"Did that next step not come because you were a girl band?" Blackstone asked.

"Maybe be one of the aspects of it," said drummer Diane Vitalich.

Then, the group started having children and couldn't afford to go on tour. Songs they'd written and performed gathered dust as they each went on to other lives from substance abuse counselor to teacher and EMT. But they always wanted to share their music again.
"I didn't ever think that would really happen that the music that we had written together would actually find its way to the world. My thought was that we would kind of treasure it but it'd be like having little children that never got to go out, you know?" Denise said.

Seven years ago, the Ace of Cups was asked in perform at a birthday celebration for Summer of Love personality Wavy Gravy. A young record producer was in the audience and he decided it was time to correct an oversight from long ago.

The Ace of Cups' first recorded album on High Moon Records has just been released with some of their old songs and many new ones that reflect the lives they've lived.
"But now, of course, we've been through a lot: motherhood and all, raising teenagers. So the songs are a little bit more biting. … Like I'm not going to sing about, 'Why did you leave me babe, I'm over here in a bar waiting by myself', 'cause I'm not doing that and those days are over. It's OK. I don't want to do that anymore," Mary said.
The Ace of Cups is planning a tour next year where they'll be performing old songs from a new perspective.

"But it's funny when you're at this age in your career like say if we were in our 20s. I always think it's a blessing that we didn't get a recording contract. I don't think I'd be here now. … I would do anything then that you know that was maybe destructive or whatever. Now that I'm 75 it's like I can see how things are," Mary said. 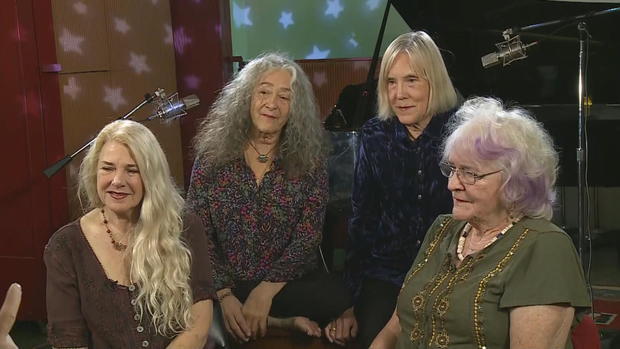 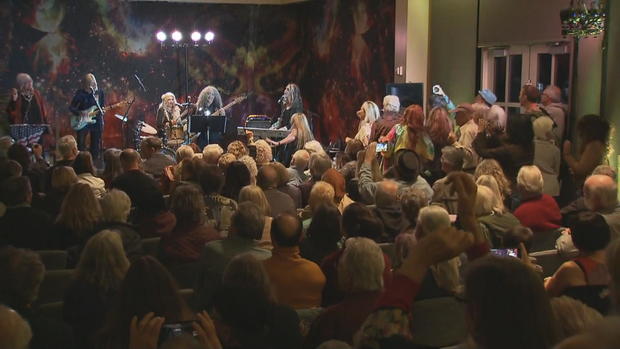