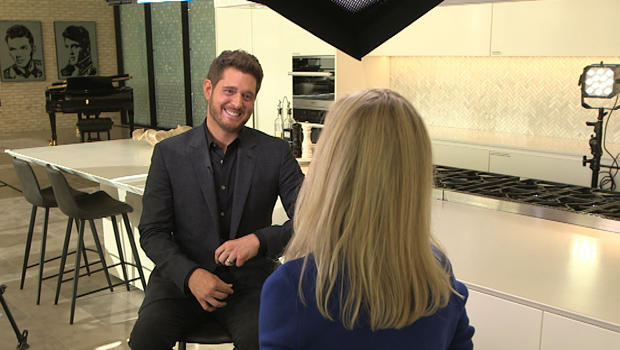 Chart-topping singer Michael Bublé talks about his son's battle with liver cancer, in an interview with Tracy Smith for "CBS Sunday Morning," to be broadcast December 16. Bublé took a two-year break from performing after learning in 2016 that his then-three-year-old son, Noah, had been diagnosed with cancer.

Bublé opened up to Smith about how he and his wife, Luisana Lopilato, put their careers on hold. He said there was "no choice" about the decision to stop performing at the time.

"No family has that choice," he said. "There is no choice. It was, take care of business – and there was never any conscious decision, ever. There was just, you know, come together as a family, put your head down, pray lots, and just survive."

Bublé said his son responded well to months of treatment.

In the interview, Bublé also said what they went through cost his wife more than she ever could have imagined. "There was a great cost. You know, love isn't free. Love is not free."

He says he continued singing during his time away from the stage: "I never stopped singing, ever. Ever."

Bublé also talks about his childhood, meeting Lopilato at the "right time" in his career (they married in 2011), the couple's new daughter, and more.

"There's a part of me that's really happy that I'm a famous person, because my wife is so beautiful," he says. "I know that if I wasn't and I would walk into rooms with her, that [people] would just assume that I was really wealthy!" 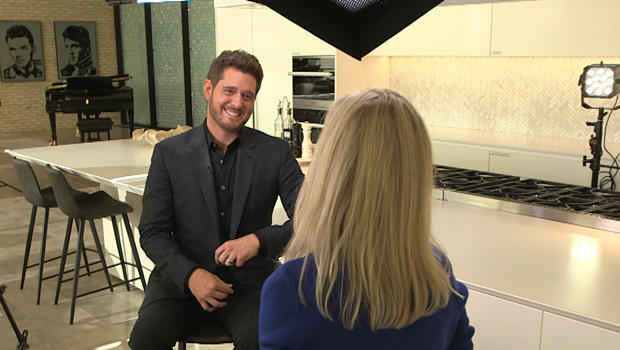