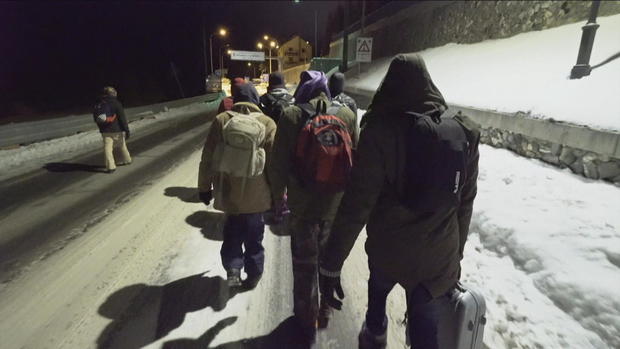 Claviere, Italy — European leaders met in Brussels on Thursday, hoping to find a solution to the ongoing migrant crisis. Nearly 116,000 people have arrived in Europe this year by sea, mostly from North Africa, with 23,000 making it to Italy.

But the Italian government is now cracking down on them. Hundreds are fleeing elsewhere, exposing themselves to new dangers.

Sneaking through an Alpine pass and carrying what they could, CBS News was with a group of migrants as they tried to avoid being caught by French police who catch the vast majority and send them back to Italy. But the migrants are trying to cross the border into France in search of opportunities and a better life. When a car light comes on, everyone crouches down to try and hide.

With safer routes blocked, thousands of ill-equipped migrants try the deadly route though the Alps. Some came from Africa, unaccustomed to snow or subzero temperatures.

Dajabi is from the Ivory Coast. CBS News first met him at an Italian train station where many start the trip.

"This is very, very difficult. This road is not for children," he said, even though he is only 15 years old.

Many of the migrants are from former French colonies, speak the language and dream of a future in France. In Italy, migrants are faced with an increasingly hostile environment and a new "security" law that could strip migrants' benefits.

The group followed GPS and their gut, traversing mountainous terrain and deep snow until they finally reached France. On Thursday, at a migrant refuge, they were exhausted but relieved.

Lacina, 16, from Mali, said they wanted to come, so God made it happen.

At the border between Italy and France, French police are returning a couple of migrants that they caught. Migrants are often found in the woods with hypothermia and frostbite. Last year at least three of them died along the way. 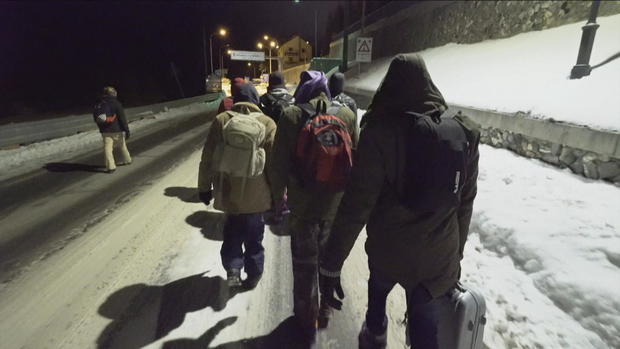