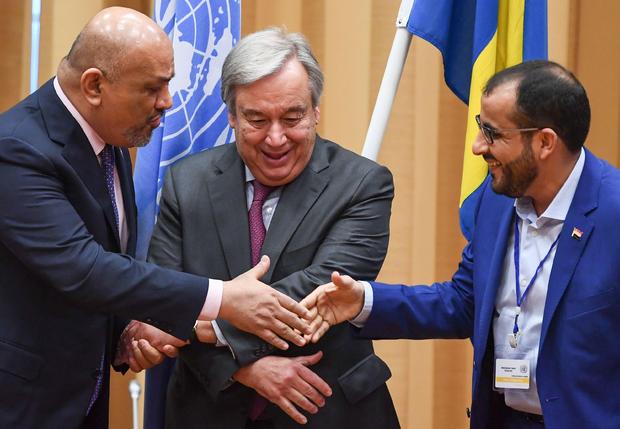 United Nations Secretary-General Antonio Guterres said Thursday that Yemen's warring sides had agreed after week-long peace talks in Sweden to a province-wide cease-fire in Hodeida, and a withdrawal of troops from the contested Red Sea port city.

Guterres thanked the Yemeni delegations for what he called "an important step" and "real progress toward future talks to end the conflict."

He spoke on Thursday at the closing ceremony for the talks in the Swedish town of Rimbo, adding to the Yemeni parties: "Thank you for coming here to discuss a better future for Yemen."

He said the next round of talks was planned for the end of January.

Sweden's Foreign Minister Margot Wallstrom also lauded the "positive spirit" of the talks, which were aimed at setting out a framework for future dialogue in the war-ravaged nation.

"It takes concessions, it takes compromises and it takes some courage to get these discussions going and get good results in the end," Wallstrom said Thursday at the closing ceremony.

Hodeida had become the epicenter of Yemen's conflict.

Its port has been a lifeline for millions of Yemenis who are at risk of famine. As much as 80 percent of the humanitarian supplies, fuel and commercial goods that they depend on have come in through the facility. Officials with the United Nations warned just last month that if the port was damaged, destroyed or blocked, the toll in lives could be catastrophic. 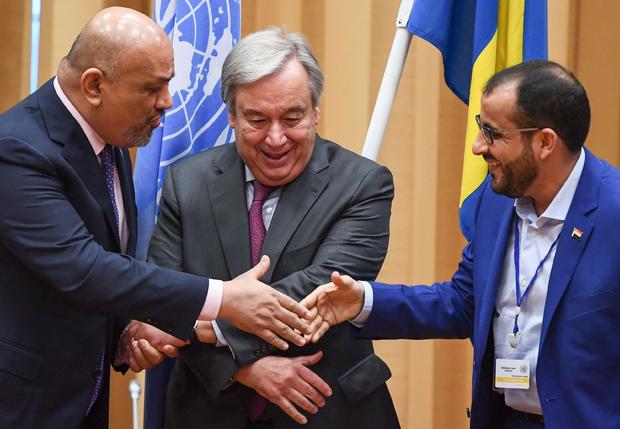 “48 Hours” reports on the nearly 40-year investigation into the murder...