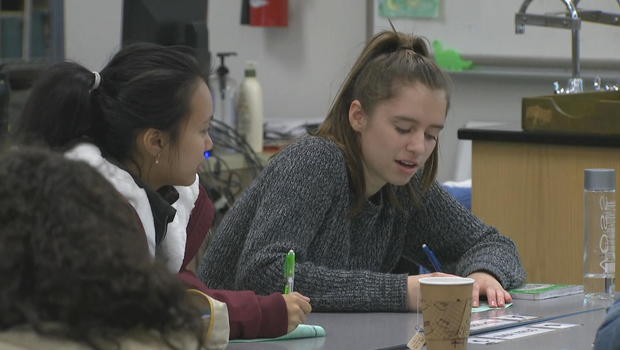 Mornings are a little easier for Hazel Ostrowski, a senior at Franklin High School in Seattle. She's able to sleep in a bit longer, thanks to a later start time of 8:45 a.m. set in place by her school district two years ago. The middle and high schools in Seattle school district originally began at 7:50 a.m.

"I think I definitely felt more awake… when I had an extra hour of sleep," Ostrowski said.

Ostrowski was one of more than 170 students who took part in a new study published Wednesday in the journal Science Advances, reports CBS News' Dr. Tara Narula. It found when school started later, students slept longer, and their academic performance improved.

"I think that that really helped me complete my school work, but also just be more interested in what I was learning," Ostrowski said.

Researchers used wrist monitors to measure how long two different groups of sophomores slept. One group was monitored in 2016 when school started at 7:50 a.m. and the other group in 2017 when classes began almost an hour later at 8:45 a.m.

Students who started class later slept an extra 34 minutes on school nights and their grades improved an average of 4.5 percent.

"I have seen that there are far fewer tardies and absences in first period," AJ Katzaroff, Ostrowski's biology teacher, said. She worked with researchers on the study and saw improved student performance first-hand.

"I see kids are generally more engaged in the work at the classroom. So very much more willing to participate than in the past," Katzaroff said.

The CDC estimates only three out of 10 high school students get the recommended eight to 10 hours a night. Only 15 percent of high schools follow the American Academy of Pediatrics advice, and start at 8:30 or later.

While the study has shown positive results for students' health and academics, it did not address potentially negative impacts on their after-school activities, which now might take place after dark.

"When you push the time back, it can be kind of difficult, especially if they are outdoor activities like sports," Ostrowski said.

The researchers point out that most teens simply cannot fall asleep before 11 p.m. or midnight. So even though the Seattle students are sleeping an average 34 minutes longer, they are still only getting an average of seven hours and 24 minutes, still short of the recommended eight to 10 hours. 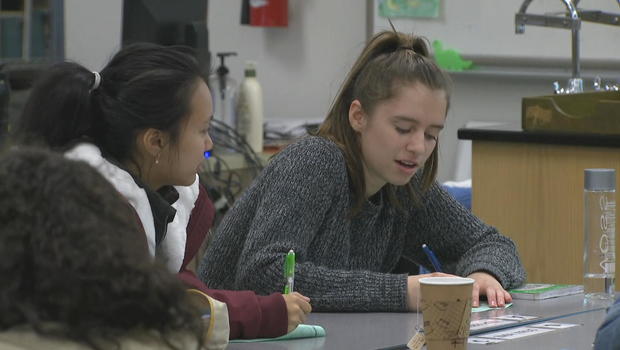