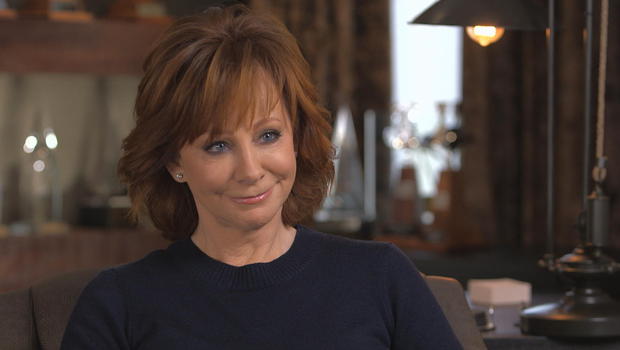 CBS News December 13, 2018, 8:49 AM Reba McEntire reflects on the tragedies and the triumphs of her 40-year career

To see how Reba McEntire became a queen of country music you need to go back to Chockie, Oklahoma, and the lessons learned on her family's ranch.

"When we were little, we were working," McEntire told "CBS This Morning" co-host Norah O'Donnell. "Daddy would come in the house and say 'I need a driver while he was putting out hay to cattle.' He said, 'just stay off the rocks. And don't hit a tree.'"

By her teens, she was running barrels in the rodeo, but her real gift was always her voice.

"My gift from God was singing and daddy would say, 'Get back in there and practice your singing.' And I was like, 'How do you practice singing?' I just would sing. It just came out naturally," she said.

Her father, a three-time world champion steer roper, told her once that what he enjoyed about it was competing – it was the "getting there" not the winning – that he loved.

"And that's a lot like me when I would just live from award show to award show. I just loved it. I loved the competition," she said. "I mean, I'll cheer for the winner. But I want to win."

And Reba's won plenty with 16 ACM awards, six CMAs, and three Grammys including one this year for her very first gospel album. She described her relationship with religion as "special, very sweet."

"You know some religions are – you got to pray three times a day. Oh, I knock that off before I get out of bed," she said.

What she's praying about? Pretty much everything.

"Oh, thanking for a good night's sleep and the good bed and I love this pillow. Thank you for this house you are letting me live in. Oh my gosh, I love it…I don't preach. I try to live by example. I'm not perfect. I'm a little renegade a lot of times. I love to have a drink of whiskey. But I'm a good person and I try never to hurt anybody's feelings," she said.

That bit of renegade in her made an appearance at the 1993 Country Music Awards with a red dress she wore.

"Well, Sandy Spika made it for me….and she had netting right here on my chest and I looked down and said, 'whoa, that's pretty bare' and she said, 'oh I'm gonna fill that in with sequins and stuff'…we finish singing the song and daddy looks at me and said 'Reba, did you have that dress on backwards?' I'm like 'why?' and mama said, 'It was low. It's the lowest thing I've ever seen you wear."

The dress became a staple at Reba's live shows, wearing it often enough to wear it out. She put it on again earlier this year for the Academy of Country Music Awards and it didn't even have to be altered.

"Nobody else is the same size 25 years later, Reba," O'Donnell pointed out.

"Well, as I told everybody, it's stretchy material," Reba replied.

That indelible sense of humor is just one of the attributes that has endeared her to fans for four decades. The empathy she reveals through her music is another.

"There's just so many songs that people go, 'Oh my gosh, that's my song. I'm a survivor,'" she said. "I've been married twice, divorced twice. I've gone through tragedy in my life losing my band in '91 and my tour manager. Yes. I'm a survivor."

In March of 1991, eight of Reba's band members died in a plane crash.

"It was rough. It was awful. It was horrible, by far the hardest thing I've ever had to go through in my life…my family rallied, my friends, fans," she said.

She was devastated. Her next album, "For My Broken Heart," would reflect her state of mind and become a critical success. It's been called "the best album of her career."

"The guys would come in and say 'Reba, are we gonna have any happy songs on this album? I said, 'nope, not this one.'"

Her career expanded to roles in movies, on Broadway and a hit television show bearing her name. At the recent Kennedy Center Honors, emotional tributes came in succession from fellow artists like Kelly Clarkson, who thanked her for being "a really rad grandma for my kids."

She credits the longevity of her career to her love of the business, curiosity and help along the way.

"I've got lots of help. I've got crew members who have been with me since the middle 80s. I mean I love my team….they're my family," she said. "They choked me up with how loyal they are and I hope they know I'm loyal to them, too." 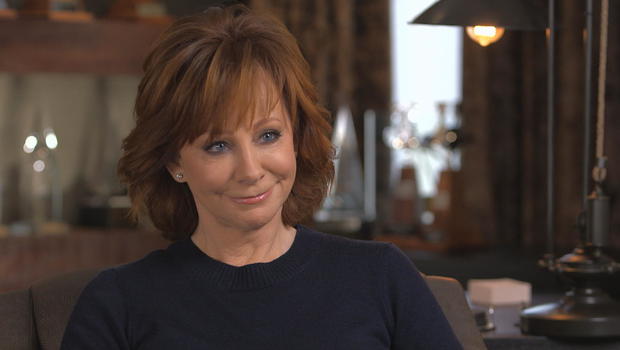 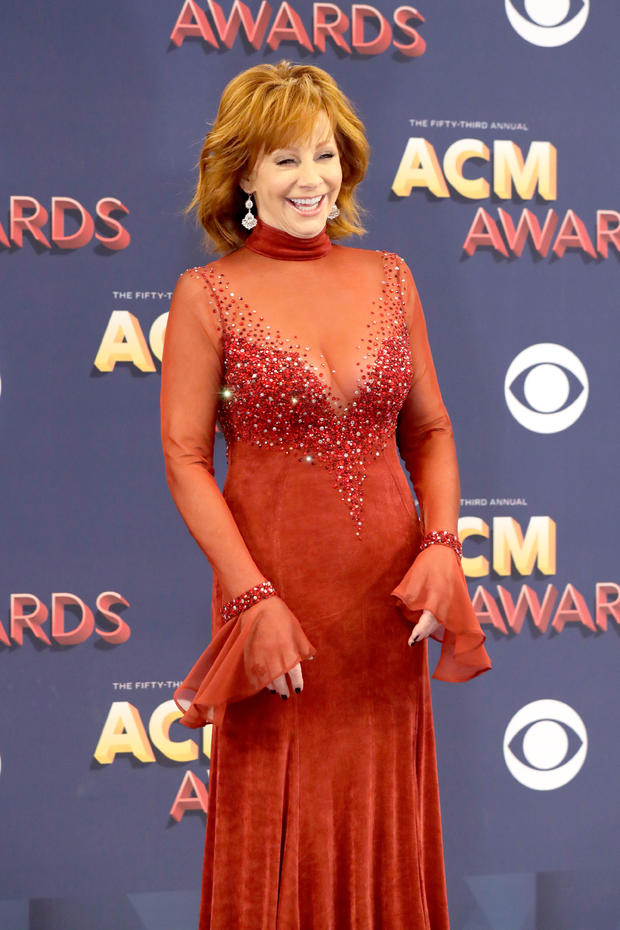 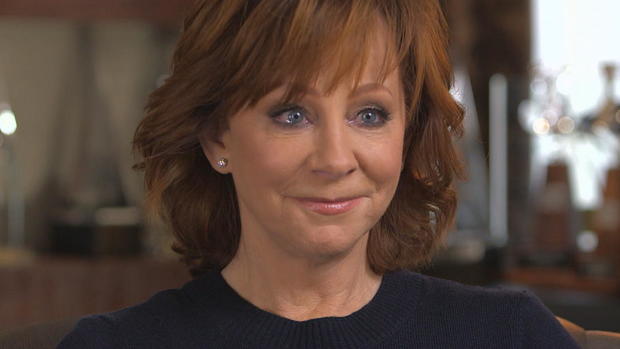