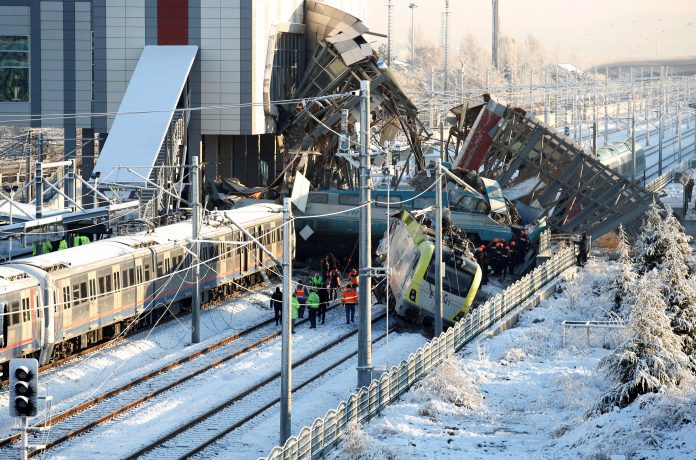 ANKARA, Turkey — A high-speed train hit a locomotive and crashed into a pedestrian overpass at a station in the Turkish capital of Ankara Thursday, killing at least seven people and injuring more than 40 others, officials said.

The 6:30 a.m. train from Ankara to the central Turkish city of Konya collided with the locomotive, which was checking the tracks at the capital's small Marsandiz station, Ankara Gov. Vasip Sahin told reporters at the scene. The train travels through that station without stopping.

"Our hope is that there are no other victims," he said.

Konya, about 160 miles south of Ankara, is home to the tomb of the Sufi mystic and poet Jalaladdin Rumi, attracting thousands of pilgrims and tourists. 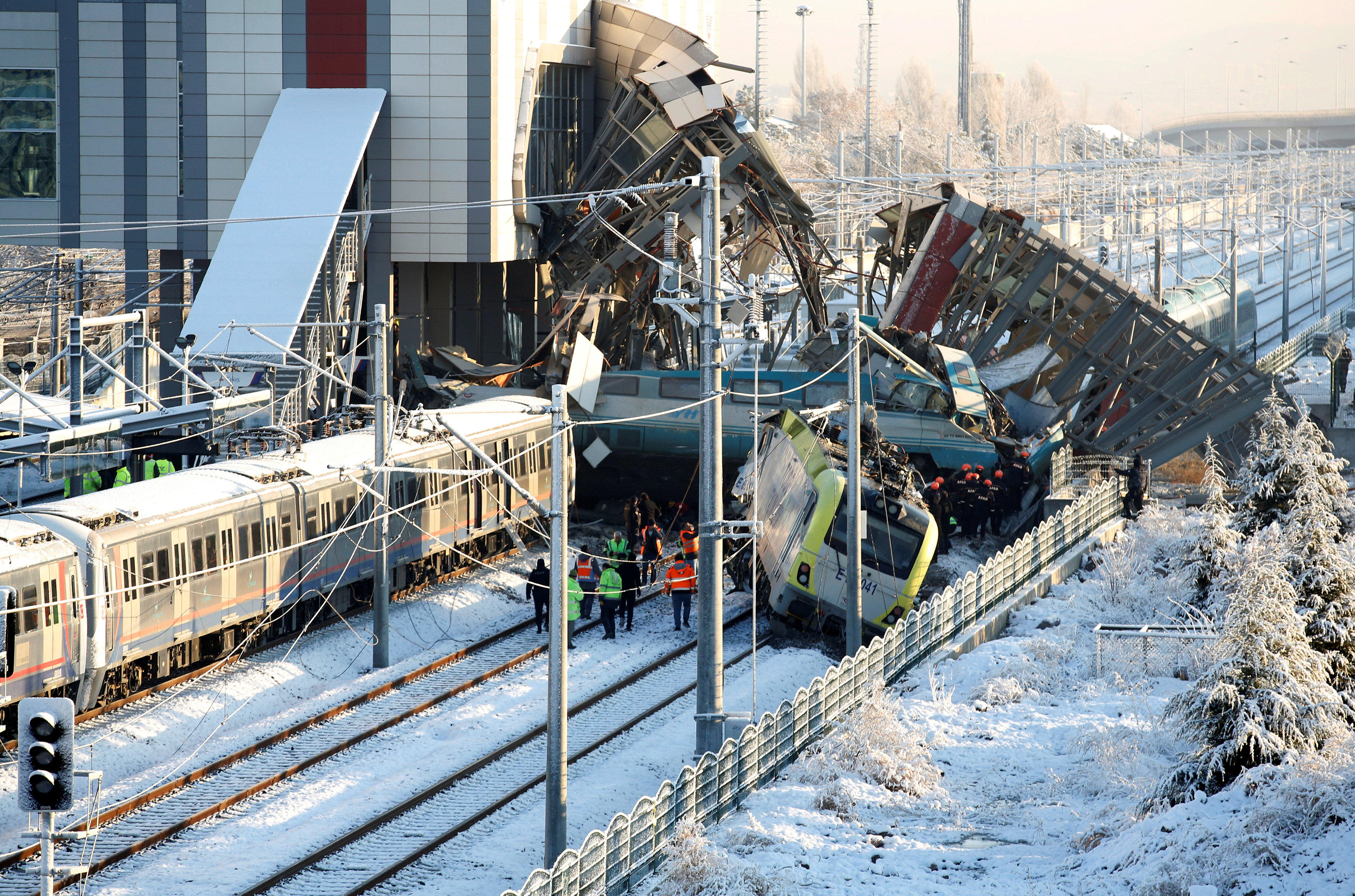 Prosecutor: Texas man mistaken as thief shot with hands up