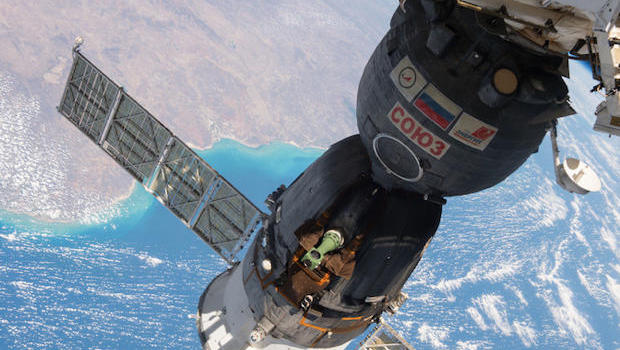 Two Russian cosmonauts ventured outside the International Space Station Tuesday for exploratory surgery on a Soyuz ferry ship scheduled for return to Earth Dec. 20. Their objective: cutting away shielding and insulation to inspect the area where a small hole was found inside the spacecraft last August that apparently was deliberately drilled.

The hole was plugged with cloth and epoxy, stopping a small leak that alerted the crew to a problem, and no issues are expected when the Soyuz MS-09/55S spacecraft undocks and returns to Earth next Thursday, discarding as usual the ship's upper orbital module — where the hole is located — before atmospheric entry.

But Russian engineers want to find out more about the 0.08 inch-wide hole and the behavior of the sealant used to plug it. In the process, they may gain more insight into when it might have been drilled and thus who might be responsible.

"I don't know if we have a leading theory," Sam Scimemi, director of the space station program at NASA Headquarters, told the NASA Advisory Committee last week. "You can see the hole … was drilled, we do know that. But the circumstances on how it was drilled, we don't have a clear answer on that."

Oleg Kononenko and Sergey Prokopyev, who will serve as the Soyuz spacecraft commander next week, opened the hatch of the Russian Pirs docking compartment at 10:59 a.m. EST (GMT-5) to officially kick off a planned five-and-a-half-hour spacewalk, the third Russian excursion this year.

Exiting Pirs, which is attached to the Earth-facing port of the Zvezda module at the aft end of the space station, Kononenko and Prokopyev planned to make their way forward across the Zarya module, using an extendable boom to reach the Soyuz MS-09 spacecraft docked at another compartment attached to Zarya's Earth-facing port.

Once in position, the cosmonauts planned to access the leak area by first cutting through a multi-layer insulation blanket and then using clippers to snip through micrometeoroid shielding, exposing the external hull of the upper compartment opposite where the leak was found inside.

"They're going to have to remove the thermal insulation," Scimemi said. "That's what they'll be doing. There's not only insulation, there's MMOD (micrometeoroid) shielding as well, I believe. It's a big deal."

With the insulation and shielding removed, Kononenko and Prokopyev will inspect and photograph the leak area, collecting a sample, if possible, of the epoxy-soaked cloth used to plug the hole, assuming any of the sealant made it all the way to the exterior surface.

Once done, Kononenko and Prokopyev will cover the area with insulation and, if time is available, carrying out one or two minor "get-ahead" tasks before returning to Pirs and bringing the spacewalk to an end.

Soyuz ferry ships are made up of three modules: an aft instrumentation and propulsion section; a central three-seat command module used by astronauts and cosmonauts during launch and landing; and an upper orbital module featuring rendezvous antennas and a docking mechanism. The orbital module also provides a bit of leg room and privacy during station rendezvous procedures that can take as long as two days to complete.

Only the central command, or descent, module carrying the crew makes it back to Earth. After an internal hatch is sealed, the upper orbital module and lower propulsion modules are discarded just above the discernible atmosphere and both burn up during entry.

The leak issue cropped up the evening of Aug. 29 when sensors aboard the space station detected a small decrease in cabin air pressure. It was not large enough to warrant waking the lab's crew, but the next day they traced it to the orbital module of the Soyuz MS-09/55S spacecraft. When they pulled back insulation, they found a small hole and nearby marks on the hull that appeared to have been caused by deliberate drilling.

The spacecraft was launched on June 6, carrying Prokopyev, German flight engineer Alexander Gerst and NASA astronaut Serena Auñón-Chancellor to the station. The assumption was that someone had attempted to repair the hole before launch and that the seal eventually gave way in the vacuum of space.

Dmitri Rogozin, head of the Russian space agency Roscosmos, raised eyebrows shortly after the leak was detected when he did not immediately rule out crew involvement, saying (in translated remarks) that it was a matter of honor to "find the one responsible for that, to find out whether it was an accidental defect or a deliberate spoilage, and where it was done — either on Earth or in space."

Drew Feustel, the NASA astronaut in command of the station at the time, said in interviews later that no one on board had anything to do with the leak other than plugging it. Little else has been said about the matter in the weeks leading up to Tuesday's spacewalk, but the Russian investigation is still underway.

Prokopyev and his two crewmates plan to return to Earth aboard the Soyuz MS-09/55S ferry ship next Thursday, landing in Kazakhstan just after midnight U.S. time to wrap up a 196-day mission.

"We've already done the (flight readiness review) for the 55S return and this was discussed in great detail, Scimemi said of the leak. "There is no reason to believe this will become unstable at any point. Again, this is on the on-orbit module, which is jettisoned. This part does not come back home with the crew, so we believe the risk is very low."

Tuesday's spacewalk marked the 213th EVA devoted to station assembly and maintenance since station construction began in 1998, the eighth so far this year, the fourth for Kononenko and the second for Prokopyev. 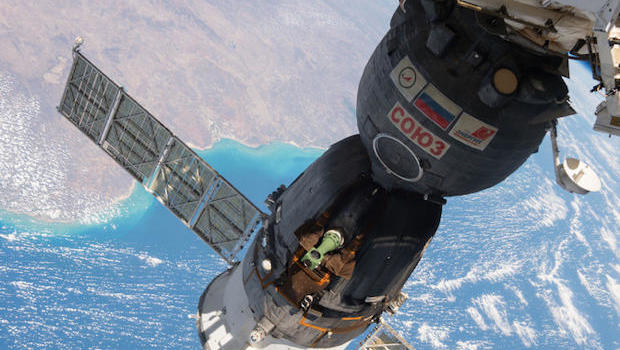 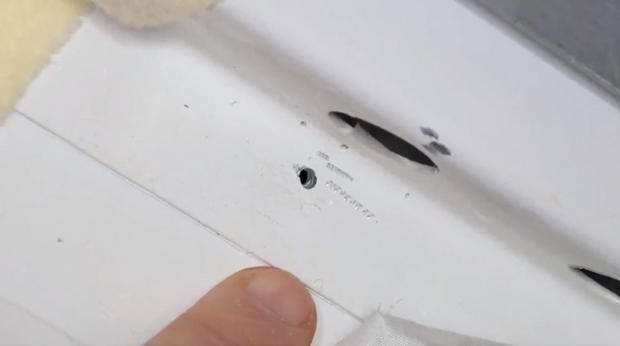 Twitter backtracks on banning political and other issue ads