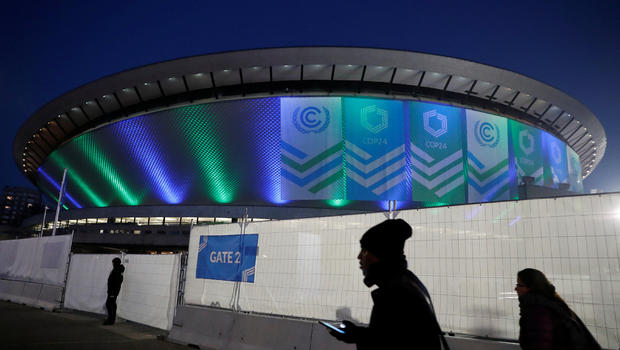 KATOWICE, Poland — A diplomatic standoff over a single word could set the stage for a bigger showdown during the second half of this year's U.N. climate summit.

Negotiators took time out Sunday to rest after the first week of talks ended on a sour note the previous night, when the United States sided with Russia, Saudi Arabia and Kuwait in blocking endorsement of a landmark study on global warming.

"I think it was a key moment," said Alden Meyer of the Union of Concerned Scientists. "The fact that a group of four countries were trying to diminish the value and importance of a scientific report they themselves, with all other countries, requested three years ago in Paris is pretty remarkable."

The Intergovernmental Panel on Climate Change's special report on what would happen if average global temperatures rise by 1.5 Celsius (2.7 Fahrenheit), and how to ensure they don't go higher, was widely regarded as a wake-up call for policy-makers when it was released in October.

As diplomats wrapped up a week of technical talks Saturday, almost all 200 countries present in Katowice, Poland, had wanted to "welcome" the IPCC report, making it the benchmark for future action.

But the U.S. and three other delegations objected.

"The United States was willing to note the report and express appreciation to the scientists who developed it, but not to welcome it, as that would denote endorsement of the report," the U.S. State Department said in a statement. "As we have made clear in the IPCC and other bodies, the United States has not endorsed the findings of the report."

Russia, Saudi Arabia and Kuwait also called for the study to be "noted" but not "welcomed."

While none of the four-oil exporting countries spelled it out, their objection to the report likely included its suggestion that fossil-fuel use needs to be phased out by 2050. Oil, gas and coal are major sources of carbon dioxide, which traps heat in the atmosphere.

The 2015 Paris agreement set a target of keeping global warming well below 2 degrees Celsius (3.6 Fahrenheit), ideally 1.5 C by the end of the century.

"A 1.5 C and a 2 C worlds are very different in terms of mean climate, extremes, sea level rise, and climate-related risks," said one of the report's leading contributors, Valerie Masson-Delmotte.

Observers at the talks said the two Gulf countries' objection to the IPCC report came as no surprise.

"The Saudis with their sidekicks the Kuwaitis have long been troublemakers in this in this process," said Meyer, who has followed international climate negotiations for many years.

Russia's intentions were unclear, he said, while the U.S. position appeared to be driven by what he called President Trump 's "cavalier attitude toward science in general and climate science in particular."

"It's really an embarrassment for the world's leading scientific superpower to be in this position of having to disbelieve a report that was written by the world's scientific community including a large number of pre-eminent U.S. scientists," Meyer said.

Saturday's floor fight casts doubt on whether countries will be able to reach consensus on important issues by Friday, including the need to step up national targets to curb carbon emissions.

While many countries are sending ministers or even national leaders to the talks, the U.S. and Britain are among the countries that will be represented only by bureaucrats. 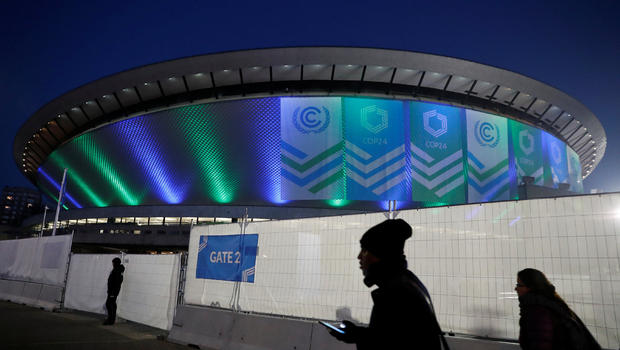