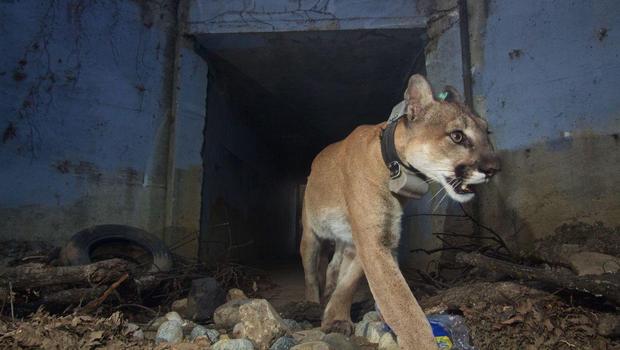 P-64 became known as "the Culvert Cat" for his habit of using a long and narrow storm drain multiple times to cross under the 101 Freeway near Liberty Canyon in Agoura Hills. His remains were found this week, with his paws visibly burned. The California Department of Fish and Wildlife will conduct a necropsy to determine his exact cause of death.

"P-64 was a fascinating cat to study because he crossed our notoriously deadly freeways dozens of times," Jeff Sikich, a biologist for Santa Monica Mountains National Recreation Area, said in a statement. "It's very unfortunate that he was seemingly so successful surviving in this fragmented landscape and then died in the aftermath of a devastating wildfire. It's of particular interest that he chose to travel back through a fresh burn area rather than retreat through urbanized areas to escape the fire."

Authorities first captured and tagged P-64 in February. During those nine months, P-64 crossed the 101 and 118 freeways a total of 41 times. He is believed to be the father of four female kittens born in May.

The Woolsey Fire broke out November 8, burning 96,949 acres and destroying 1,500 structures. Three deaths were blamed on the blaze, and three firefighters were injured.

When the fire broke out, researchers said the 4-year-old big cat was in the Simi Hills, north of Oak Park and continued to travel throughout those hills the next few days before hunkering down in a remote area. A biologist located P-64 on November 26 with a telemetry device in an unburned portion of the Simi Hills, leading researchers to hope he may have been on a kill and surviving.

P-64's last tracked location was on November 28. Sikich hiked in to the location of P-64's last GPS location on Dec. 3 and found P-64 nearby, according to the National Park Service. The big cat appeared to have been dead for a few days.

Researchers said P-64 was one of the 11 mountain lions in or around the perimeter of the devastating Woolsey Fire, which burned 88 percent of the National Parks land in the Santa Monica Mountains. The only big cat believed to have died in the fire is P-74. 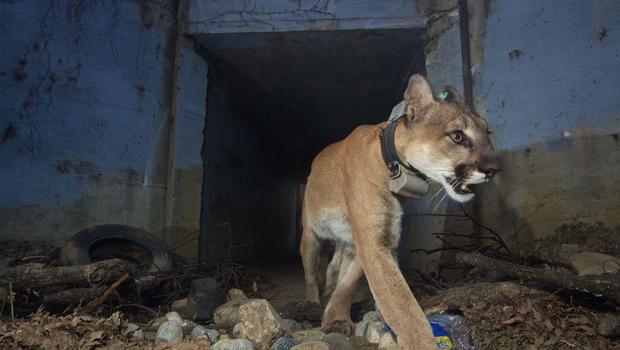