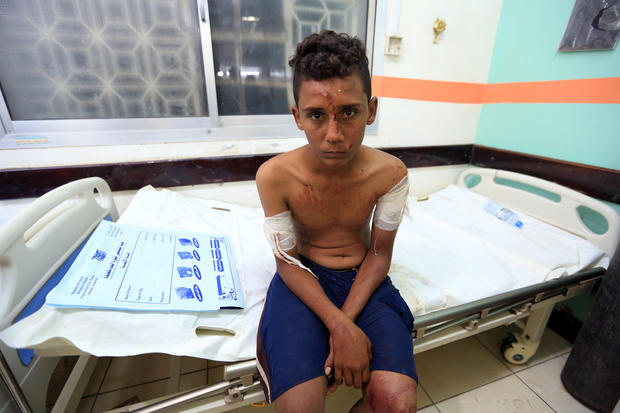 RIMBO, Sweden — The United Nations' refugee agency said Friday there were nearly 1,500 civilian casualties in Yemen from August through October, the latest grim tally to emerge from a four-year civil war as opposing parties hold talks in Sweden. The announcement came as Yemen's Iran-backed Houthi rebels and the internationally recognized government, supported by a Saudi-led coalition, met for a second day for U.N.-sponsored talks aimed at halting the bloodshed.

The office of the U.N. High Commissioner for Refugees urged the two sides to do more to protect civilians, saying data from Yemen shows an average of 123 civilians killed or wounded every week during the three-month period, in a war that has killed at least 16,000 civilians. The agency said of the 1,478 civilian casualties, 33 percent were women and children; that's a total of 217 women and children killed and 268 wounded.

In Lahij, Yemen, about 2,500 people live at a refugee camp in the most rudimentary shelter consisting of bits of wood and tarps, CBS News senior foreign correspondent Elizabeth Palmer reports. They have no proper access to medical care.

The Ali family, for example, told Palmer they can't get help for their 6-year-old daughter who has a severe neurological problem. Just a few weeks ago, a child in the camp died of cholera.

The refugees are getting just about enough food to eat. That's more that can be said for 14 million other Yemenis, the number of people the U.N. said was at risk of extreme hunger or starvation this winter.

On Friday, at the venue in a castle in the town of Rimbo, north of Stockholm, U.N. envoy Martin Griffiths and various delegates from Yemen were seen walking on the grounds. During a break outside the talks, Othman Mujali, minister of agriculture from the Hadi government, said his side was ready to make concessions to help relieve suffering and prop up the economy.

"There are trust-building measures upon which we will build goodwill, with them leaving (the key port city of) Hodeida and ceasing to skim off funds," he said. "We are ready to release prisoners of war and pay wages to people, if they carry on with what we're agreeing upon."

The Houthi delegation later said that talks had been divided into five main sections, including opening up the airport in the capital of Sanaa for aid. The delegation added that the prisoner swap would include all detainees from both sides.

"The first section is the political framework, the second section is the airport … then Sanaa and the economic measures and humanitarian issues, and the fifth — and it has been discussed and finished — is concerning the detainees and prisoners of war," senior Houthi negotiator Abdul-Malik al-Ajri said. The talks opened Thursday on an upbeat note, with the warring sides agreeing to a broad prisoner swap, boosting hopes that the talks would not deteriorate into further violence as in the past.

In a release from Sanaa later Friday the rebels said their delegation had met with Griffiths and looked forward to having success in the talks and making concrete progress. "The international envoy discusses the importance of such consultations and affirmed that progress must be made on three important issues: the general framework, political solution and calm, and confidence-building measures," they said.

Yemen's conflict, which has pushed the country to the brink of famine, pits the internationally recognized government against Shiite rebels known as Houthis, who took Sanaa in 2014. The Saudis intervened the following year.

U.N. officials have sought to downplay expectations from the talks, saying they don't foresee rapid progress toward a political settlement but hope for at least minor steps that would help to address Yemen's worsening humanitarian crisis and prepare a framework for further negotiations. 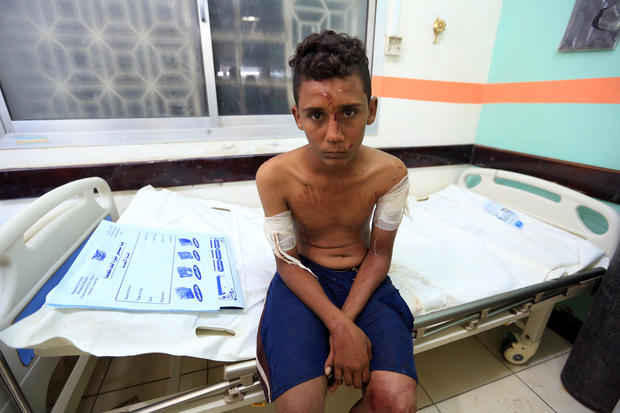 Kindness 101: A lesson in listening