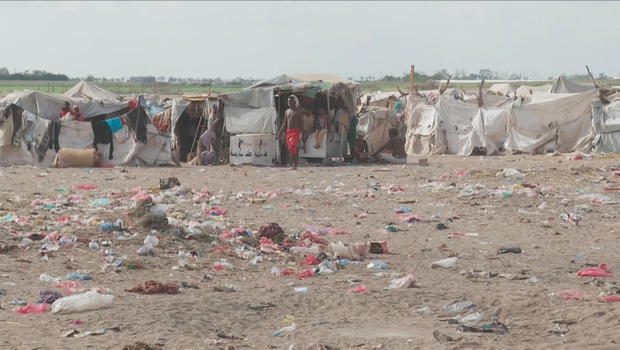 Representatives from Yemen's warring sides met in Sweden on Thursday to discuss prisoner swaps aimed at halting the country's catastrophic three-year civil war. It's a glimmer of hope for peace in Yemen amid a civil war that has created a humanitarian crisis.

The fighting between a Saudi-led coalition and Iranian-backed rebels has killed more than 10,000 people and pushed millions to the brink of famine. The U.S. supplies weapons and intelligence to Saudi forces.

CBS News' Elizabeth Palmer visited a refugee camp in Southern Yemen that houses roughly 2,500 people – all are there because they have fled from fighting elsewhere in Yemen. They have always been poor but now they are destitute, living in the most rudimentary shelters made of tarpaulin and bits of wood. They have no access to proper medical care.

The Ali family, for example, can't get help for their 6-year-old daughter who has a serious neurological problem and just a few weeks ago a child in the camp died of cholera.

The sanitation is dangerously bad with only a few basic latrines. Most people just use the fields.

They do have access to just enough food to survive, which is more than you can say for 14 million other Yemenis – the number of people that the United Nations said is at risk of serious hunger or starvation this winter. 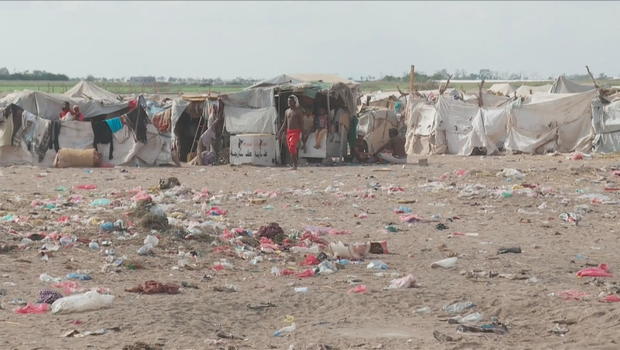 A typical Social Security strategy could cost you $182,000