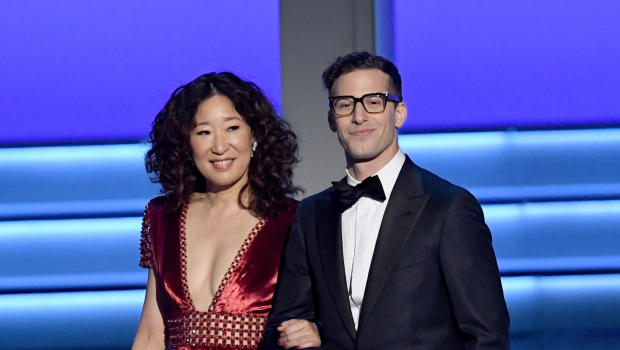 "Sandra and Andy are the perfect choices to host this world-class event," said Paul Telegdy and George Cheeks, the co-chairmen of NBC Entertainment. "They bring wit, charm, and style to a room filled with the very best of film and television. It's sure to be another unforgettable, fun-filled night."

"We're excited to welcome Sandra Oh and Andy Samberg as co-hosts of Hollywood's Party of the Year," said Hollywood Foreign Press Association president Meher Tatna in a statement. "Both Golden Globe Award recipients have continually showcased their talents in film and television, and we can't wait see what their undeniable chemistry will bring to the Golden Globes stage."

Oh and Samberg teamed up in September when they presented the Emmy Award for best director of a comedy, which went to Amy Sherman-Palladino of "The Marvelous Mrs. Maisel."

Samberg hosted the Emmy Awards in 2015, but it will be Oh's first time hosting a major awards show.

Recently, Oh made history as the first Asian woman nominated for an Emmy in the lead actress category. "Killing Eve" is Oh's big comeback after leaving "Grey's Anatomy" in 2014. She plays MI-5 operative Eve Polastri who mostly works a desk job until she is assigned to pin down psychopathic assassin Villanelle, played by Jodie Comer, who works for an organization called The Twelve. Eve quickly becomes obsessed with finding the killer.

Meanwhile, Samberg's show "Brooklyn Nine-Nine" has found a new home with NBC after Fox canceled the comedy in May. Fans flooded social media with comments when Fox said it wouldn't be picking up the sitcom for a sixth season. Later, NBC Entertainment chairman Robert Greenblatt said in a statement that NBC "regretted" selling the show to Fox in the first place. 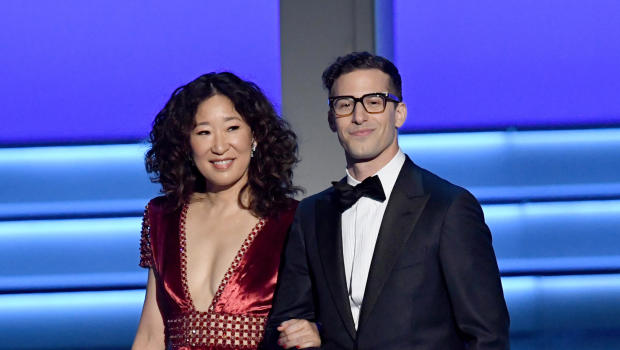