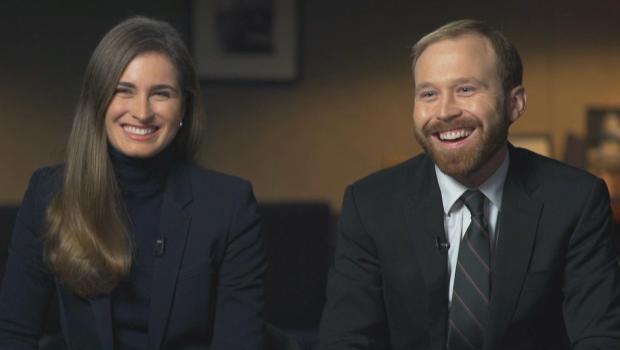 More than 1,000 invited guests will attend former President George H.W. Bush's state funeral on Wednesday morning, including many members of his extended family. Mr. Bush and his wife, Barbara, had 17 grandchildren and eight great-grandchildren.

"CBS This Morning" co-host Norah O'Donnell sat down with Lauren and Pierce Bush, children of the former president's third son, Neil. Like their grandfather, both have committed themselves to public service. Lauren Bush founded Feed, a company dedicated to fighting world hunger. Pierce Bush is CEO of Big Brothers Big Sisters Lone Star in Texas, the organization's largest affiliate. He was in the room when his grandfather died on Friday.

"It was just really peaceful…and it was so clear to me, Norah. There was just a moment, a five-second moment…and it was so clear that his soul had left his body. And his, you know, my grandfather, Gampy, as we call him, was no longer there," Pierce said. "And there was no doubt in my mind that he was up in heaven being united with his maker and, obviously, being reunited with our grandmother, Ganny, and his daughter, Robin, and other loved ones. It was really just a really peaceful, peaceful moment."

Though Bush didn't write a memoir, many of his letters were assembled in his bestselling book "All The Best, George Bush." It lays out his humor, philosophy on life, and love for his family in thousands of personal notes. In a 1984 letter, he wrote, "It's a funny thing. When you get older, even if you have an exciting life surrounded by interesting people having a chance to meet all the world's leaders, even with all that, what counts is family and love. We love you already more than tongue can tell.'"
For his granddaughter Lauren, that letter "says it all."

"I mean, you know, he lived that exciting life, surrounded by world leaders, and had really interesting jobs. And yet he was very much grounded in his family and in this sense of love and kindness for those around him. That was true. That's not lip service," Lauren said.

The former president sent a letter to Pierce after he had wrecked his famous boat, Fidelity, just after graduating from college.

"The next night I also got a lashing from my grandmother…she was always loving, but showed more of a tough love than my grandfather. And I could see in his eyes, he could feel how, you know, embarrassed I was, how sensitive, my grandmother's words were kind of hitting me…and that evening when I went to dinner and I came back home, there was this amazing note….and it was addressed on the envelope. It said, 'To my main man, Pierce.' I just remember walking upstairs, in the big house, and just bawling right when I saw that note. First of all, for my grandfather to make it upstairs was really hard at that time….but then the note was just so typical of Gampy. It said, you know, 'Pierce, I remember days when I could do no right, but then I would go to bed…and the next day, the sun would embrace me, and all would be okay. You're a good man. You got a bad bout. All is okay. Life goes on. I love you more than tongue can tell.' Something like that 'and Ganny does, too. Gampy.' And it was just one of those notes that, you know, you're almost thankful that the boat incident happened so that you can treasure that. Because it's so valuable."

That gentle spirit is what Lauren hopes the country can learn from.

Lauren and Pierce also talked about their grandfather's famous sock collection. You could see the former president's ankles when he began relying on a wheelchair and they said he wanted to add a little color and levity to his legs. They said that part of his personality – not taking yourself too seriously – was another one of the things they loved about their grandfather. 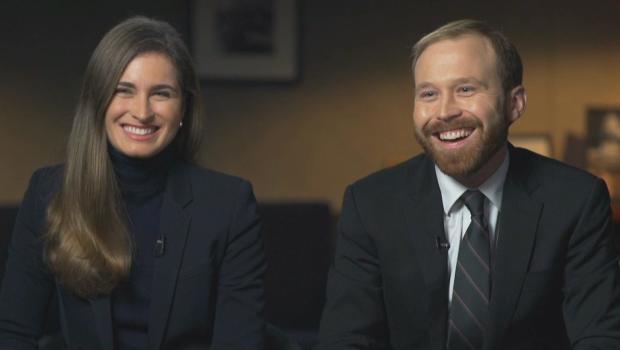 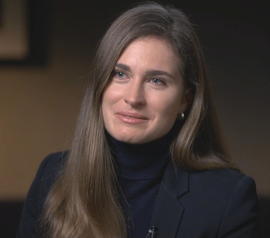 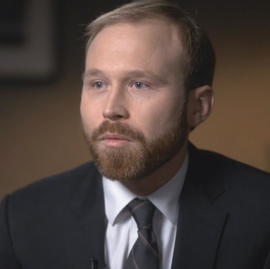