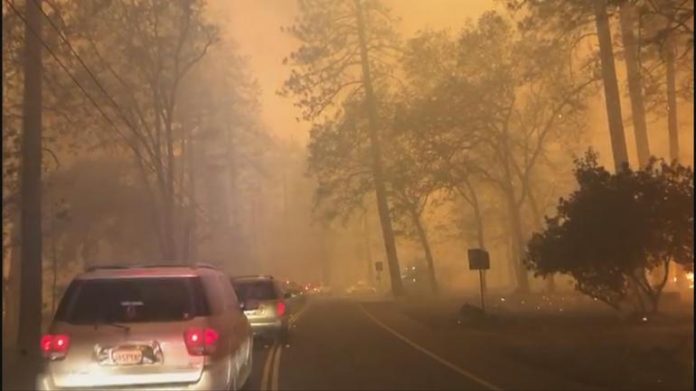 The morning of November 8th, a massive wildfire tore through California mountain communities north of Sacramento. Because it started near Camp Creek Road, it was called "The Camp Fire." The cause is still under investigation. But within a couple of hours it devoured the town of Paradise – population 27,000. About 95 percent of Paradise was lost; its smaller neighbors, Concow and Magalia, were all but destroyed.

Until now, last year's wildfire in California's wine country was the worst on record in the state. The federal climate report released last month warns increasing extreme heat and drought conditions could make future wildfires even worse. Tonight, we'll take you into the Camp Fire and show you what the firefighters saw. That video and the destruction had us wondering how anything could be worse.

This is Paradise, or what remains of it. Block after ashen block of burned houses and ruined lives. Three weeks ago, children played here, people shopped here and families prayed here. The wildfire that roared through paradise was as random as it was merciless. In just a few, terrifying hours it killed about 90 people and destroyed almost 19,000 buildings, businesses and homes. Paradise sits in the heart of Butte County. On the morning of November 8th, County Sheriff and Coroner Kory Honea woke up and saw an ominous glow. He knew it was a fire and it was heading his way.

Bill Whitaker: So at what point in the morning did you realize that you had to evacuate this whole town?

Sheriff Kory Honea: I think the best way that I can characterize it is– it was outrunning us before we even knew we were in a race or what direction the race was gonna take us. It was dark. It seemed like it was nighttime because the smoke had blocked out the sun. Ash and embers were raining down. And as the fire grew closer, there was this real sense of it being Hell on Earth.

The sheriff quickly mobilized his deputies. Firefighters raced to defend the town but they were overwhelmed. The fire was too fast and too big.

Strike team 9231C found themselves driving straight into the inferno. The crew shot this video from the truck. Captain John Jessen was behind the wheel. He told us he's seen many wildfires in his 24 years as a California state firefighter, but all paled compared to this.

Bill Whitaker: What made this one so different?

John Jessen: The fire front that was coming up the canyon was literally miles long and 200-foot flame lengths. It's hard to describe how fast this fire was moving.

Residents fleeing the maelstrom had turned all routes out of Paradise into gridlocked death traps. The strike team got caught in the traffic jam.

Panicked people abandoned their cars. A sheriff's deputy captured the chaos on his body cam. Four people made their way to the strike team truck, including Eva Walker.

Bill Whitaker: What was the fire doing at this point?

Eva Walker: The bushes were catching on fire. The trees were on fire. So you're moving to get away from the flames. But there's nowhere to move to.

She thought she'd been saved when the strike team pulled her into the truck. Captain Jessen made a desperate radio call for air support but the smoke was too thick, the winds too strong for help from above. Firefighter Casey Peck quietly started to pray.

Casey Peck: I was just thinking to myself, just praying like, "Please, Lord, be merciful. And– watch over us. Watch over our families."

Bill Whitaker: You were praying for your life?

Just then, through the darkness, two lights appeared. A firefighter driving a bulldozer responded to Jessen's call for help and started clearing an escape route.

Eva Walker: And all of a sudden, the bulldozer who I swear to God is an angel, was the one who came through. I don't know where that man came from. I mean, who does that? Who drives into the flames? He did.

Bill Whitaker: You called him an angel?

Eva Walker: Called him an angel. He saved all of us.

Joe Kennedy: So, I was taking the burning cars and pushing them off the road away from the people and the cars that weren't on fire.

Sam Layton was behind Kennedy in another fire truck. Both opened their doors to let people in.

Sam Layton: It was a blessing and a curse to go to that fire. But I'm happy that I was there to help people.

Layton, Kennedy and the strike team took nine civilians to safety. Then turned around, went back in and saved more.

Joe Kennedy: There's points where you're scared or where you think, "I shouldn't have come this far into the fire." But at– at the same time, you have to keep going because lives and property are at stake.

Bill Whitaker: The resources all overwhelmed by this fire?

Bill Whitaker: How would you describe this fire?

Using this new tool, Ken Pimlott, chief of the California Department of Forestry and Fire protection, showed us how fast the Camp Fire spread. Computerized projections on this 3D map chart the course of the fire.

Bill Whitaker: Where did the fire start?

Ken Pimlott: Fire started in the community of Pulga at about 6:30 in the morning on November 8th. And it was quickly accelerated by 40 mile an hour winds coming from the north.

Bill Whitaker: Look at this.

Ken Pimlott: Yeah. The fire was growing at this time at a rate of one football field a second. So an acre a second.

Ken Pimlott: Yes. Within two hours the fire is impacting the community of Paradise. It took 12 hours to essentially consume all of that, at a record pace.

Bill Whitaker: How many acres in total?

Bill Whitaker: Wow. What's going on? Everyone says that this is the new normal.

Ken Pimlott: We're now, every year, seeing fires like this that are becoming more and more extreme. We had five years of drought. The vegetation is just– it's critically parched. Our temperatures, the mean temperature in the state, is going up. And so these are all factors that are just really a combination of things that are driving very extreme events.

The same day wildfire razed Paradise, the Woolsey Fire erupted in Southern California. The wind-whipped flames killed three people, destroyed 1,500 structures, and burned more than 90,000 acres in and around malibu. The brown, fire-scarred terrain can be seen from space.

Bill Whitaker: Californians have to learn to live with fires like this?

Ken Pimlott: These fires are showing no sign of letting up. There's no reason for them to stop based on the conditions that we're seeing.

As coroner, he's overseen the search of every structure burned in the fire looking for remains. In the immediate aftermath of the fire, there were nearly 1,300 people unaccounted for. That number has fallen to 25.

Bill Whitaker: How do you check every site?

Sheriff Kory Honea: It's unprecedented. We have brought in search teams from all throughout California urban search and rescue, coroner's teams– forensic anthropologists to see if we can determine whether or not– there are human remains there. And if there are, of course we want to recover them and do what's necessary to return those remains to the family.

Bill Whitaker: Can you tell me what the search team is doing behind us right now?

Sheriff Kory Honea: Because this fire burned so hot and so intensely, those remains are often completely consumed or nearly completely consumed. And so these guys are looking for bones or bone fragments which is why we have the anthropologist here to help identify those.

Search crews and volunteer anthropologists and medical examiners meticulously sifted through ash and debris, as though on an archaeological dig, zeroing in on bathrooms, front doors, porches, places people might seek shelter or get trapped. It was detailed, sacred work. Remains were removed in blue body bags. Some, the charred fragments, fit in brown paper bags. All the body bags were brought to the morgue in Sacramento.

Bill Whitaker: So once you get these remains, how are you trying to identify who the victim is?

Sheriff Kory Honea: Early on– we were able to use some of the more traditional means of identifying human remains– including fingerprints– dental records, things of that nature. And– we'll continue to do that where that's possible. But at this point, what we're finding m– we're gonna mostly have to rely upon DNA analysis.

Bill Whitaker: These victims were incinerated. How much material do you need to analyze, to come up with a match?

Bill Whitaker: Did you fear or worry that you might not be able to get some material that you could use to identify people?

Dr. Richard Selden: I was shocked when I saw the first remains. The kind of samples I handled, I was pretty sure weren't going to work. I told our technical team, "Let's do it anyway, 5% chance." And the first eight samples all worked perfectly.

Selden set up shop in a rented RV in the coroner's parking lot. He took a process that once required an entire lab and shrunk it down to a piece of plastic. Swabs of body tissue or bone are placed inside what he calls the "chip" where DNA is purified and separated. The results are matched with DNA samples provided by relatives. By the end of last week, 41 victims had been identified, 31 of them with rapid DNA.

Bill Whitaker: Has the technology proven true to the promise?

Sheriff Kory Honea: We've been very– very pleased with the technology not only in terms of its ability to– confirm the identities, but the speed with which it's able to do that. The longer that process is– the worse it is for the family, in my view.

78-year-old Marie Wehe lived alone in the deep woods just outside Paradise. Her children Bonnie and Tommy, and his wife Lisa last heard from Marie the night before the fire.

For 12 days they searched and hoped to find Marie in a shelter. They heard the sheriff was encouraging relatives of the missing to provide DNA samples. Five days after Bonnie and Tommy gave their swabs, a match was made. Their mother's remains were found in her truck not far from her house.

Bill Whitaker: What does that knowing–

Bill Whitaker: –do for you?

Tommy Wehe: It's on the road to recovery. I don't know if you can ever say we'll ever recover from this. But It gives us peace of mind to know that we can try–

Bonnie Wehe: But she's been found.

Tommy Wehe: –to get some closure. And that we have found her. So that–

The Camp Fire destroyed just about everything in Paradise. After fires like this, nature has a way of rebounding. The question is, can Paradise?

Sheriff Kory Honea: On the morning of November 8th, there was a thriving community. And in a matter of hours, it's wiped out, it's gone.

Bill Whitaker: How do you recover from something like this?

Sheriff Kory Honea: Well, when that happens, I'll let you know. But we have a long road ahead of us. 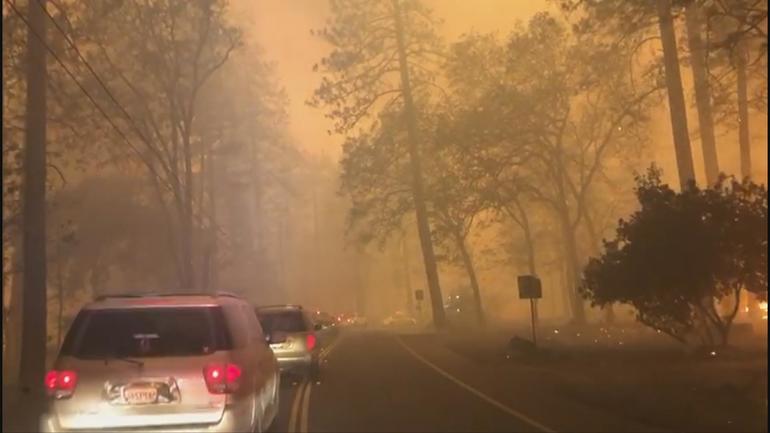 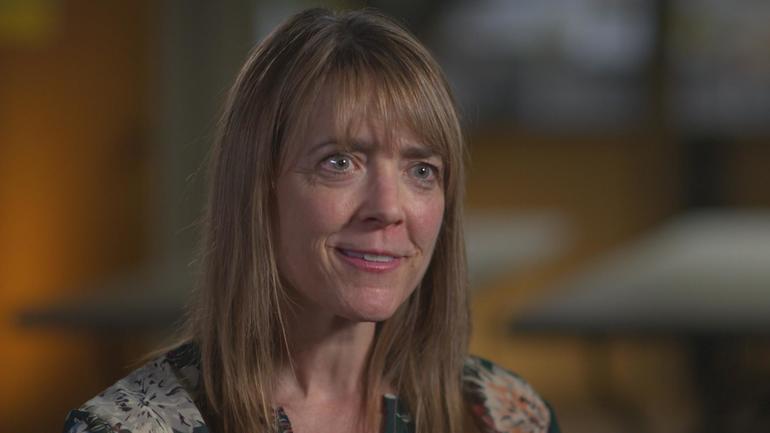 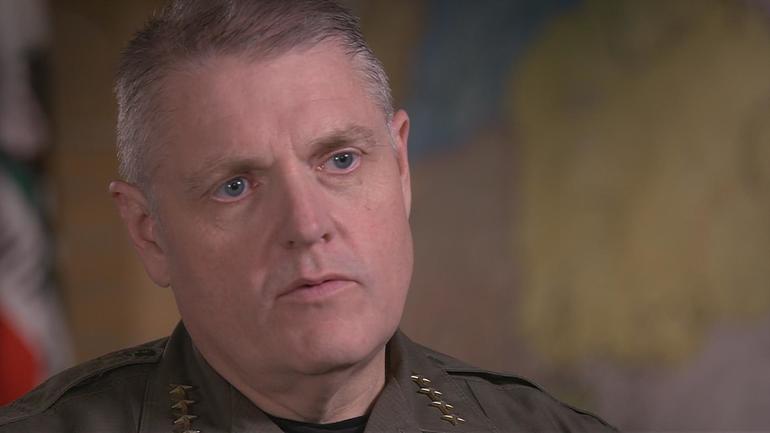 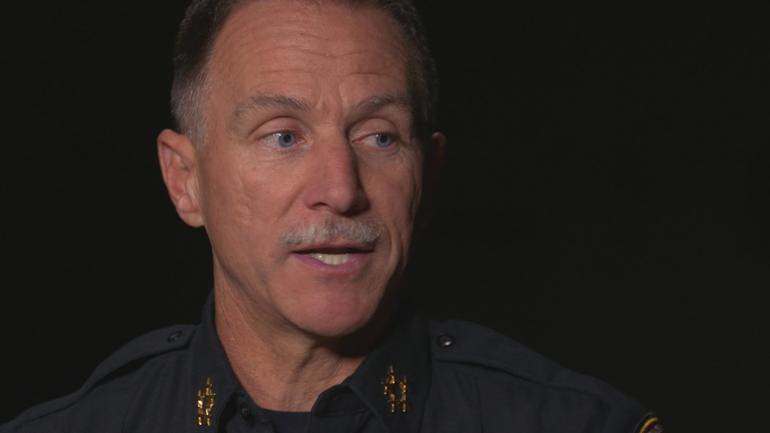 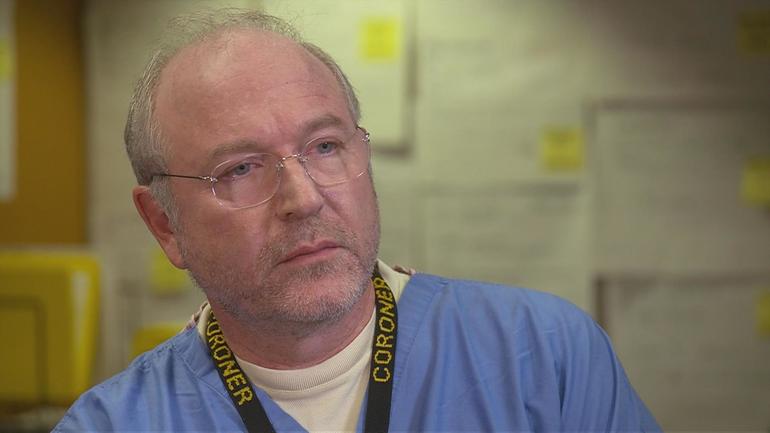 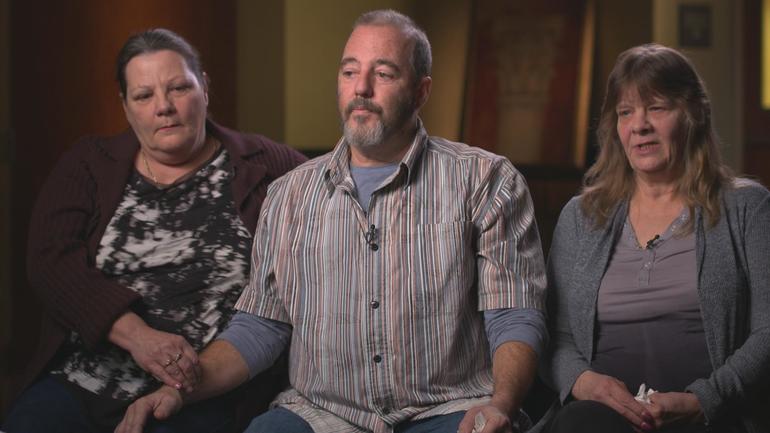