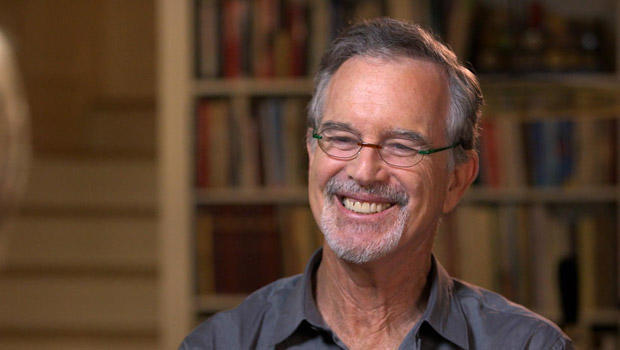 In the Beinecke Rare Book and Manuscript Library at Yale University, the items on display include the Gutenberg Bible, an early copy of the Declaration of Independence – and cartoons by Garry Trudeau.

"That was one of my very first 'Bull Tales,'" Trudeau said to his wife, "Sunday Morning" host Jane Pauley. "Oh, it just makes me cringe to look at this stuff."

His work is now at the Doonesbury Archive at Yale, which is where, in 1968, the then-20-year-old student's comic strip creations began. From counterculture to curated … what a strange trip it's been.

But was it his dream come true? "It was not!" he laughed. "It was more or less an accidental career. It didn't seem to me that I was going to be bound to this thing for any, you know, extensive period of my life. And now here it is, 50 years later."

Half-a-century of social commentary and political satire, of a cast of characters that became family … Boopsie, Duke, Joanie, Mike, to name a few.

But to appreciate the artist, travel beyond Doonesbury Planet to the small-town shores of Saranac Lake, New York. Pouring over his scrapbooks, Pauley said, "You are the most archival person I've ever known."

Garry started looking back on his life when he was 12. Noting one photo, he said, "This is probably one of the last times that I personally appeared in one of my own performances … because you can see I got braces, and that may have had something to do with it!"

As a kid, Garry was an impresario, staging his own basement productions. He kept a telegram from his mother: "Best of luck on your opening night."

Plays gave way to painting, including a moody piece that won an award. "It was inspired by my hero, Francisco Goya," Trudeau said. "It's called 'The Black Period.'"

"You were a teenager, and you felt like you could relate to Goya's black period?" asked Pauley.

"Yeah, I was down with it, the whole thing."

That didn't last. What did last was the humor, evidenced in "Weenie-Man," Garry's anti-superhero, a hit with high school classmates. That comic calling followed him to college, and the Yale Bowl, where from high up in the bleachers, among admiring undergraduates, Trudeau watched quarterback phenom Brian Dowling.

"I can almost picture Brian Dowling running down the field, and Garry metaphorically riding his coat tails," said Pauley.

"That's exactly what happened," he replied. "I owe a great deal to Brian."

"I cooked up this idea about the team and specifically about Brian Dowling, who I renamed Brian 'BD' in the strip. I took them to the managing editor, and he said, 'Sure, we'll print anything.'"

And the Yale Daily News did, calling it "Bull Tales." It caught on. Shortly after graduation, it was renamed "Doonesbury," and syndicated in newspapers around the country.

Pauley said, "When you started, you were kind of a phenom. I mean, let's face it, look at a page of comic strips from those early days – 'Doonesbury' did stand out."

"It stood out for being so bad," he laughed.

At its height, "Doonesbury" appeared in nearly 2,000 papers, and made the cover of Time magazine. There were also bans and boycotts.

And in 1975, Trudeau won the Pulitzer Prize for editorial cartooning … a first for a comic strip. "The actual prize itself was a piece of paper and a check, and it arrived in the mail," Trudeau said.

Not long after, Pauley entered the picture, a set-up engineered by Trudeau's friend and her "Today" co-host, Tom Brokaw.

"I never saw 'Doonesbury' 'til after I met you," she admitted.

"And your friends told you you shouldn't read it!"

Their honeymoon, Pauley noted, was delayed because he was on deadline. "Yeah, I had strips to finish up," he said. "And I would finish them often at the airport. It was always working around the marriage of family life. And you know, we won't know, until it all comes tumbling out in therapy for our children, what kind of damage was done by my constant taking off for work.

"I imagine even now half of of your audience watching this go, 'Really? She married a cartoonist? She could've done so much better! How did that happen?' Was that your dream? Who did you think you would end up with? An industrialist?"

"No, I was holding out for a cartoonist, Garry," she replied.

From Nixon on, presidents make frequent "Doonesbury" appearances. Donald Trump was on Trudeau's cartoon strip radar 30 years before taking office. In a strip in which he denies any political ambitions whatsoever, journalist Rick asks Trump, "'Okay, but if you did run for Congress…' And Trump replies, 'President. Think president.' So, this has been in the air for a long, long time."

Of tens of thousands of strips, the one of B.D. losing his leg in the Iraq War had the biggest impact on readers … and on Garry Trudeau.

"His friend says, 'Not your time, bro, not today.' The fact that he had his leg amputated and helmet removed was startling."

"Doonesbury" has been a feature in the armed services' newspaper Stars and Stripes since 1973.

Along the way, Trudeau's been nominated for an Academy Award for an animated Doonesbury film. There's been a Broadway show, and the Amazon sitcom "Alpha House."

But for the grown-up impresario, it's that accidental career that will leave the most memorable legacy: "I'm part of the crowd, I think I'm what they call a legacy strip. It's like a legacy band, you've been around forever. And it does give you a certain amount of job security. I'll probably stay in newspapers. But I'm only gonna be around as long as newspapers are. I'll be one of those guys who turn out the lights." 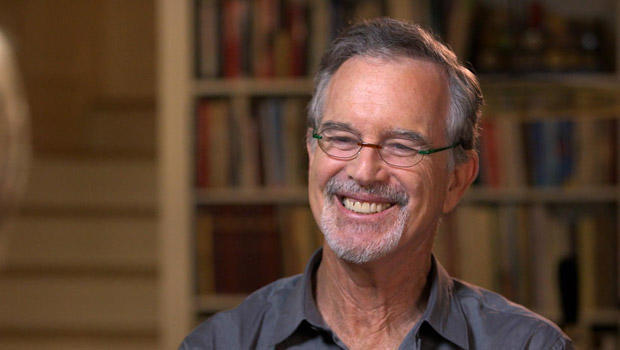 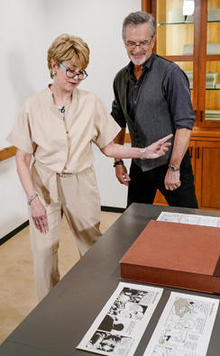 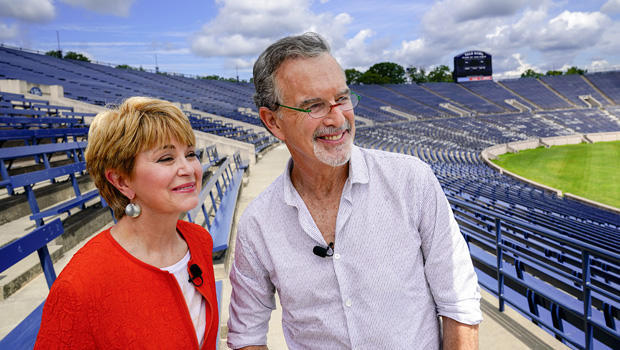