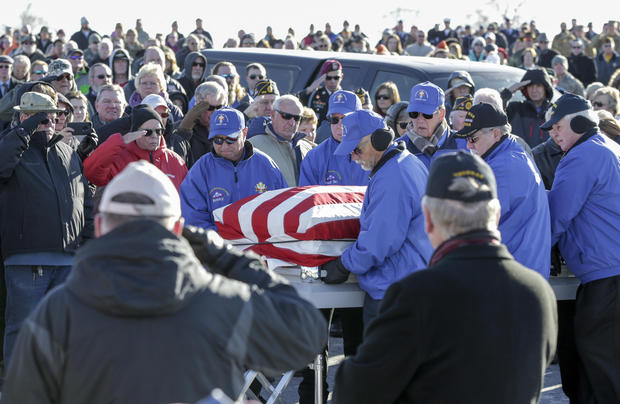 Vietnam veteran Stanley Stoltz died alone in Omaha this month. It looked like he would be buried alone, until strangers braved the bitter cold to honor a man they never met. There were hundreds of strangers in military fatigues and civilian attire, remembering the service and patriotism of the 73-year-old army private.

The rallying cry for Stoltz began a week ago, when the funeral home was concerned no one would show at the burial and posted a notice in the Omaha World-Herald. It said, "The public is invited to the cemetery to honor a Vietnam veteran with no known family."

Some siblings were eventually located, but the notice went viral and the public responded.

"First it came out that no immediate family was going to be there, so I thought, I'll be there," said Robert Bussant. "He needs to be honored."

Stoltz was born in 1945, and grew up on a farm in Curlew, Iowa, before he served his country.

President Lincoln once made a promise "to care for him who shall have borne the battle." That promise was kept for this veteran, and his sacrifice will not be forgotten. 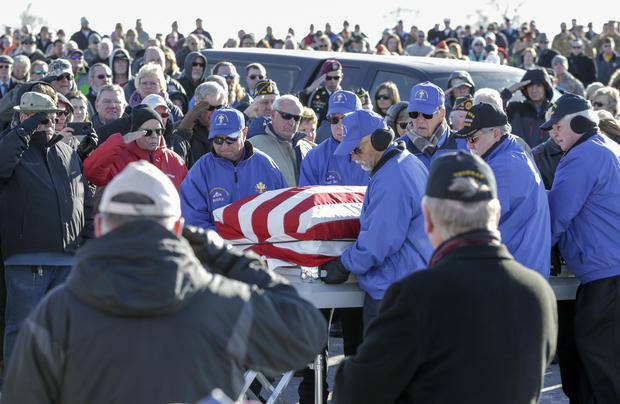