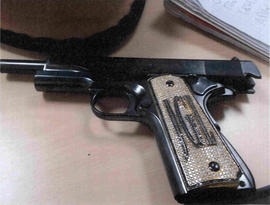 "Did you hear the defendant order murders?" prosecutor Michael Robotti asked Martinez, a former Sinaloa Cartel lieutenant. He answered, "Yes." Martinez was also asked whether he Guzman ever discussed killing people. Martinez said Guzman told him it was simple: "Either YOUR mom's going to cry or THEIR mom's going to cry."

In the early 1990s, Martinez said the cartel experienced a "cocaine boom" and he did "everything Mr. Guzman would ask me to do." For that, he was paid $1 million a year starting in 1990.

Martinez and Guzman were close. They enjoyed many trips together. "We traveled the world," Martinez said, then rattled off locales that sounded like they belonged on a bucket list: "Brazil, Argentina, Aruba, all of Europe, Japan, Hong Kong, Thailand, Peru, Cuba, Colombia, Panama … almost the entire world."

They went to "legal" cockfights, in Macau, "to gamble." But Martinez wasn't there when he said Guzman traveled to Switzerland to "a clinic where the put cells in you so you keep young."

All of this travel happened using fake IDs. "I had fake passports, fake IDs, even a fake U.S. visa," Martinez revealed. He also said Guzman traveled with fake credentials. They did this because they "purchased machines in the U.S. and Europe" that could make false IDs, according to Martinez.

The government's witness explained how Guzman's extravagant lifestyle extended to the type of music played in his car. Guzman enjoyed "narcocorridos" — a ballad written for a specific person. The lyrics were custom and the witness estimated they cost Guzman between $200 and $500,000 per request. This was small potatoes, Martinez explained, because part of his job was depositing "$8 or $9" million dollars into the Mexican banking system every month. Guzman's jets were routinely loaded up with money in Tijuana and then sent to Mexico City. Martinez estimated $8 to $10 million were put on each jet — and those planes were sent on similar pickups "almost every month."

Martinez detailed how his job was to "receive it, exchange it, make the payments and purchase properties." He said Guzman's life was expensive since "he had 4 to 5 wives … we had to pay them all … and members of the cartel."

Martinez testified how he carried the money in Samsonite suitcases to a bank, made the deposits then paid Guzman's bills in Mexican currency. When the bank officials gave him trouble and asked about the source of the money, Martinez lied: "I said I exported tomatoes."

After this, he began to pay off bank employees.

Martinez said at one point, Guzman gifted him a diamond Rolex. Guzman liked to give gifts. One year, Guzman bought 50 vehicles — a mix of Thunderbirds, Cougars and Buicks — in order to gift them to his workers. The gesture cost $30-35,000 per vehicle.

In his heyday, Guzman regularly traveled with "at least 20-25" pistoleros, a person paid to kill. Martinez said at the time of his arrest in 1998, "I think a hundred" pistoleros were working for the Sinaloa Cartel. These employees were regularly "gifted" cocaine. One of the first gunmen to work for Guzman would be paid "to kill a certain person …" and would be armed with "an AK-47, M-16s, grenades" and would utilize bulletproof vests, armored cars and also carry "gases" like tear gas. Martinez estimated the cartel spent up to $500,000 on armored vehicles. They were retrofitted in San Antonio. One time, Martinez said he was asked to store "almost 100 AK-47s at a warehouse in Guadalajara." The guns came from the U.S. and Pakistan. The cartel purchased weapons "one right after another" — every month.

Martinez didn't carry a gun and said the "one time" he had a pistol in his office, Guzman told him he "didn't want to see me with any kind of pistol … because I didn't know how to use them." He said he was never present for murders or kidnappings. And "never" participated in violence.

This didn't stop him from threatening people. Martinez told the jury how "two or three times I would get angry while out and about." He then explained how he used to get road rage. He then delved into his own cocaine habits. Martinez said "unfortunately, yes" he used cocaine. He was a daily user between 1987-1995, only stopping because his "septum perforated" in 1991 or 1992. He went back to it after he felt better.

Martinez said he tried marijuana, but "didn't like it." Martinez estimated there were 5-10 tons of marijuana imported into the U.S. during his involvement, but it wasn't a great fit for the cartel since "a kilo occupied a lot of space" and was not good compared to the cocaine price. One kilo of cocaine sold for $15,000 at the time, Martinez said, compared with just $2,000 for marijuana.

Martinez, at one point, traveled to Thailand in search of "white heroin." The price was even more alluring, at $130,000 per kilo in New York City in the early '90s.

Martinez noted how government regulations came into play when shipping their product disguised as food: "When you cross product from Mexico to the United States, it should have special authorization." When prosecutor Michael Robotti asked whether that came "from the Food and Drug Administration," Martinez said, "that's right."

Cartel members, according to Martinez, followed this above-board model with their "cloned" boxes, cans and labels — packaged like ordinary La Comadre products would be. The small group of cartel workers performing this task "got intoxicated" while pressing kilos, since cocaine would be released into the air. The product was loaded onto a pallet, then transported from bodegas on 18-wheelers. It looked like a legitimate shipment of food, Martinez said. The real pepper cans surrounded the cartel's decoy cans packaged with a half-kilo of cocaine and some "gravel" to give the illusion there was food and liquid inside. Martinez said this method was used to ship 25-30 tons of cocaine to the U.S., totaling between $400-$500 million each year.

The judge is clearly seeking to move the trial along, noting to the prosecution after lunch how the government should "streamline as we move forward." Robotti told Judge Cogan they started this with "two of our longer witnesses" and things would pick up.

Martinez explained how Guzman liked to wiretap people and explained how that made his boss "efficient." Guzman would place transmitters in pens and calculators. He had scramblers for phones and the ability to record calls, according to Martinez.

"I saw the machines and I heard conversations" in Mr. Guzman's offices, Martinez explained. He "saw suitcases where you could record three or four or five cellphones" onto cassette tapes. He was wiretapping "everyone that he wanted: enemies, friends, compadres," Martinez said.

Martinez said Guzman had the "most amount of information in the environment" and this was efficient. Guzman once told Martinez it's "most important … to know what everyone was thinking about …"

After Guzman's initial arrest in Guatemala on June 8, 1993, Martinez said he flew off to Europe for 45 days, "trying to hide myself."

"I never really had the character to be the leader of a cartel," he said.

Some five months later, Martinez said he met with Guzman inside the prison at Ciudad Juarez. "A lot of politics" delayed his initial visit, Martinez said, but when prison management changed, he found a friendship with a person close to a prison official. Martinez said that man was paid "$30 to $40,000" a month. As a result, Guzman obtained "what he wanted" — a cellphone and to "eat certain foods." He asked for "special shoes and special jackets." He also asked to see "all of his wives" and to cultivate "intimate relationships" with them.

Part of Martinez's duties as a lieutenant was to "take care of" Guzman's families while he was in jail. Martinez said he provided for one of Guzman's wives and their four children for a period of five years, until he was arrested in 1998. "They were always fine," Martinez testified.

At the beginning of the trial, Guzman asked the court's permission to hug his wife. That was denied by the court.

Monday's sidebar about "surveillance cameras" capturing Emma Coronel Aispuro using her cellphone threatens to clamp down on her contact with the defendant. It's unclear what happens with her access or devices until next week.

The prosecution will continue with Martinez Wednesday morning.

The defense is expected to begin cross-examination at some point Wednesday. 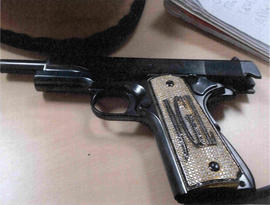 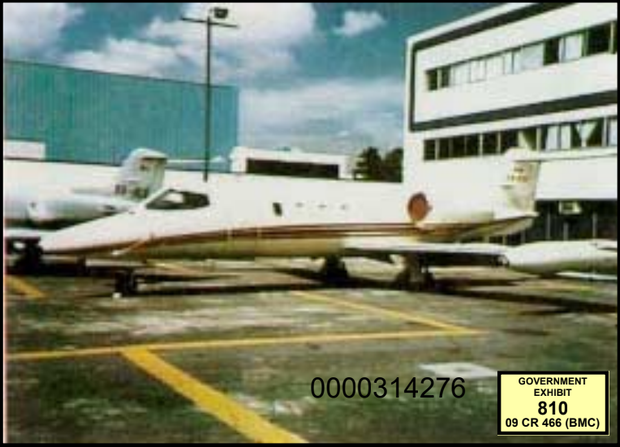 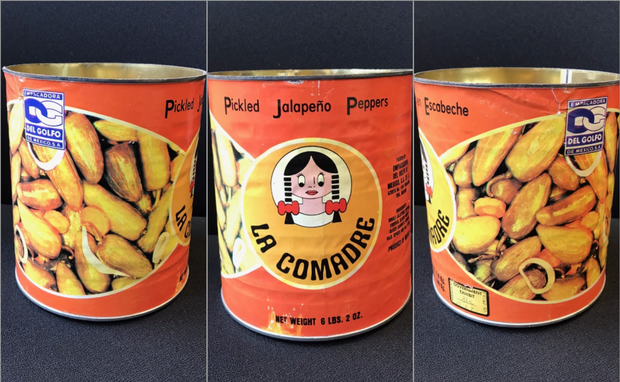