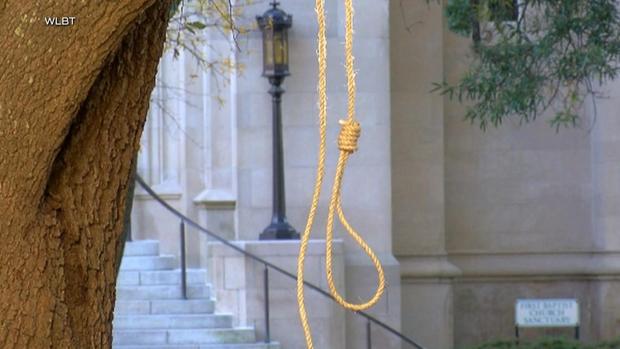 JACKSON, Miss. — State and federal investigators are trying to find out who hung seven nooses in trees outside the Mississippi Capitol early Monday, a day before a U.S. Senate runoff that has focused attention on the state's history of racist violence. The nooses were accompanied by sings that referred to the election and lynchings of African-Americans, the Mississippi Department of Public Safety said on Facebook.

Another sign referred to the race between appointed Republican Sen. Cindy Hyde-Smith, who is white, and Democrat Mike Espy, who is black. The sign also read: "We need someone who respects the lives of lynch victims."

Hyde-Smith has drawn fire for a photo showing her wearing a replica hat of a Confederate soldier, and a video showing her praising a supporter by saying, "If he invited me to a public hanging, I'd be on the front row." She said the hanging remark was an "exaggerated expression of regard" for the supporter, but the remarks drew sharp criticism in a state with a 38 percent black population. She apologized "to anyone that was offended."

Espy is trying to become the first African-American U.S. senator from Mississippi since Reconstruction. Neither Espy nor a Hyde-Smith campaign spokeswoman would comment on the nooses.

Chuck McIntosh, a spokesman for the Mississippi Department of Finance and Administration, which oversees the Capitol, said the nooses and signs were found starting shortly before 8 a.m. Monday outside the Capitol in downtown Jackson.

The matter is under investigation by the Mississippi Department of Public Safety, Mississippi Capitol Police and the U.S. attorney's office.

"With our law enforcement partners, we are actively looking into these acts of hate and intimidation," U.S. Attorney Mike Hurst said in a statement. "Let me be perfectly clear — there is absolutely no place in our state for these unacceptable symbols or tactics to intimidate others. If we find evidence beyond a reasonable doubt that a federal crime has occurred, these criminals will be swiftly prosecuted."

Republican Lt. Gov. Tate Reeves, who has an office in the Capitol, called the nooses and signs "reprehensible."

Mississippi has a history of racially motivated lynchings. The NAACP website said that between 1882 and 1968, there were 4,743 lynchings in the U.S., and that nearly 73 percent of the victims were black. The NAACP said Mississippi had 581 lynching during that time, the highest number of any state.

Civil rights activists were also beaten and killed in Mississippi as they pushed for African-Americans' voting rights, particularly from the end of World War II until the 1960s. 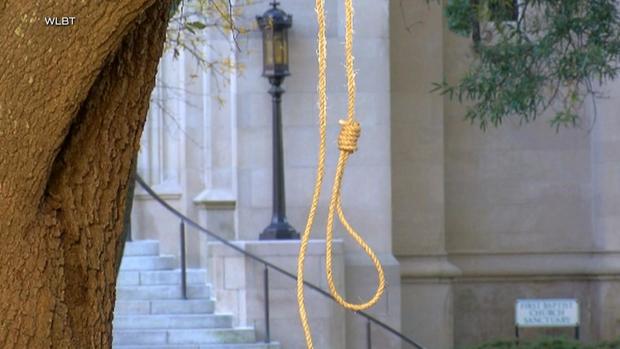 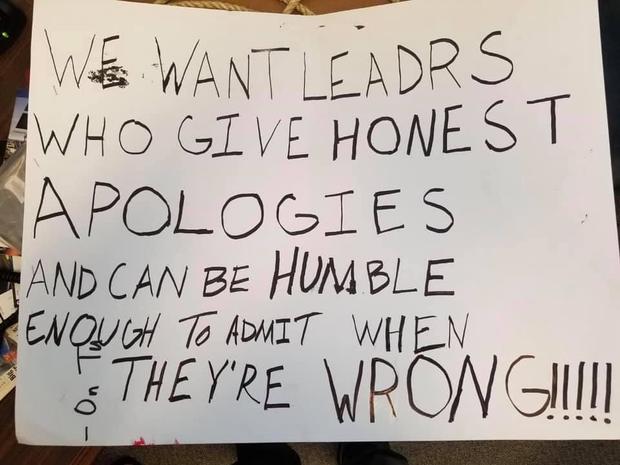 Strangers help driver who lost control of car while suffering a...