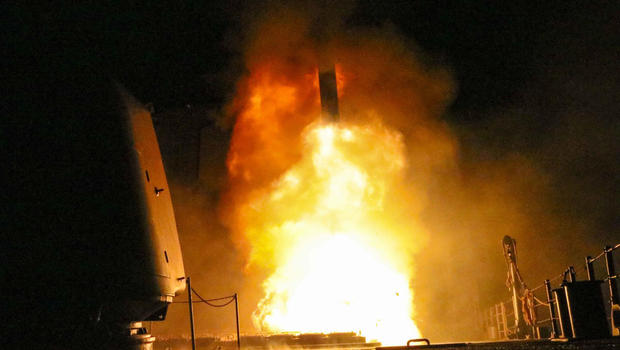 Dozens of patients, including children, flooded a hospital in Aleppo on Saturday. CBS News correspondent Jonathan Vigliotti reports they were treated for breathing trouble, skin rashes and inflamed eyes — symptoms which doctors said were consistent with chemical warfare.

It's still unclear who launched the attack and what chemical was used, but doctors on the scene said they suspect it was chlorine.

The attack took place on Saturday night in the now-government-controlled city of Aleppo, which has been the site of some of the fiercest battles in Syria's civil war.

Both sides have denied using any chemical weapons and they have blamed each other for Saturday's attack. The back-and-forth blame game has become a familiar in the nation's brutal 7-year war.

Horrific scenes of a previous chemical attack prompted military action from the U.S., U.K. and France, which carried out missile strikes on three sites they said were, "specifically associated with the Syrian regime's chemical weapons program."

But unlike that attack in the suburbs of Damascus, there were no deaths blamed on this weekend's poison gas attack.

But as Vigliotti reported, the use of chemicals, and the subsequent airstrikes by Russian aircraft — which Moscow claimed had targeted rocket launching sites used by the rebels to fire the gas-laden shells — does threaten to shatter a fragile ceasefire that's been in place since September.

"The planes of Russia's Aerospace Defense Forces carried out strikes on the detected artillery positions of terrorists in the area, from where the shelling of Aleppo civilians with chemical munitions was conducted late" Saturday, Russian military spokesman Maj. Gen. Igor Konashenkov said.

The Russian airstrikes were the first in the area around Aleppo since the ceasefire took effect on Sept 17. 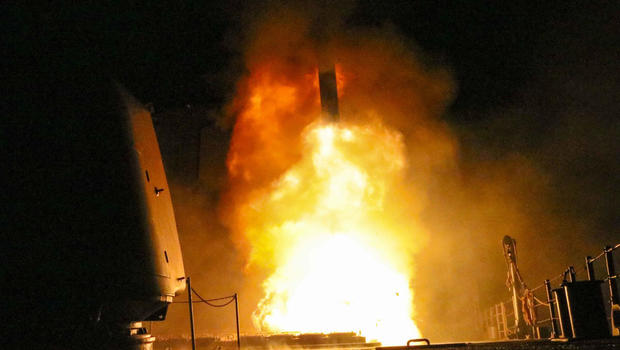 CBS News Radio is the gold standard of news. The stations that matter make CBS News Radio the first choice for news and information. Call in Phone Number: 1-877-913-3889
Contact us: [email protected]om
©