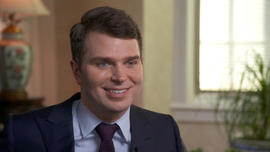 CBS News November 26, 2018, 11:34 AM How a diving accident led Clark's Botanicals creator to a renewed sense of purpose

The story behind the popular Clark's Botanicals skincare line is one of resilience and survival. Entrepreneur Francesco Clark started the beauty line as a kitchen sink operation, and now it's used by stars like Madonna, Meryl Streep and Julianne Moore. But six years before he created the celebrated brand, Clark survived a devastating accident that changed the course of his life forever.

"Thirty seconds before, I was very proud and I felt accomplished. Thirty seconds after, I felt like the biggest failure in the world," Clark told "CBS This Morning" co-host Gayle King.
At only 24 years old, Francesco Clark's life changed in an instant.

"It was a beautiful day on Memorial Day weekend," Clark recounted. "I had a timeshare in Long Island and there was a pool. And I dove into what I thought was the deep end, but the metal ring ladder that normally is in the deep end was in the shallow end. And the second that I dove in, my chin hit the bottom of the pool and my head snapped back with such force that it shattered my C3, C4 vertebrae. … So I was underwater with my arms out to the side, floating face down."

He said he was unable to move and alone.
"And somebody walked into the house, luckily, lifted my head above the water, and I said, 'Call 911. You just saved my life,'" Clark said.
His parents rushed to the hospital when they received the horrific news.
"So the surgeon turned to my father… and my mom, and he said, 'He will never breathe on his own. He'll never speak. He'll never move his arms. And forget about his legs or the rest of his body,'" Clark said. "And while my dad is looking at him, my mom turns to me and in Italian she says… 'Move something' … And I looked at her and I was like, 'Well, if my mom says I have to move something, I have to move something.' So I twitch my shoulder, and she looked back at the surgeon and she said, 'You don't know our son.'"

Clark said the surgeon spoke about him as if he were not there.
"My father turns to him and said, 'I really hope you do not speak to other patients in this way.' And the surgeon just looked at him. And my dad said, 'I'm a medical doctor as well, and this is in no way the way that we were taught to speak to people,'" Clark said.
Clark's injury left him paralyzed from the neck down. With years of physical therapy, his progress would defy odds. But for years after the accident, he struggled with depression.

"Every day adapting to what it means to have a new life. Redefining yourself. So I could not look in a mirror or be in a room with a lot of windows, because all I would notice was the wheelchair," Clark said.

"You didn't want to see yourself in a chair?" King asked.

"I could not. Because all I would notice was these four wheels that I sat on, and not the person that was in it. And I would burst into tears every time that I saw it," Clark said.
"At what point did you say, 'I've got to do something. This has got to change?'"

"The day that everything changed for me was hearing Barbara Walters announce on TV that Christopher Reeve passed away," Clark said. "He was the biggest advocate for people with spinal cord injuries… And so the day that he passed, I realized that my Superman had disappeared… And then I also realized that I had not done enough to take responsibility for what happened in my life."

"So when you finally looked at yourself in the mirror you thought, I gotta do what?" King asked.

"I did not look like myself," Clark said. "My skin looked like it was 10 years older than it was. It was very dry… Anything and everything that could go wrong with your skin went wrong with my skin, because it stopped sweating because of my injury."
With help from his father, a medical doctor also trained in homeopathy, Clark would create his own skincare blend at home.

"When they started to notice that my skin started to look good, my sister said, 'Well, if it looks good on Francesco, I'm just gonna steal a couple of these vials and just use them.' And then my mom started to say, you know, I'm gonna steal a couple vials as well. … So I created this triangle of kleptomaniacs of these products that we were making in the kitchen, but… it was just something that I was doing for myself."
They were humble beginnings for what would become skincare brand Clark's Botanicals. More than a company, it would represent a renewed sense of purpose for Clark.

"So after Clark's Botanicals started, I emailed the CEO of the Christopher Reeve Foundation… and then I met with every director. I was just meeting with them because I wanted to do more and to be involved. And I felt like it was a very grassroots way of me giving back to something that gave me a reason for living. … About five weeks they called me and they asked me to become one of their national ambassadors," Clark said.

It meant the world to him, he said.

"One of your mantras is 'vanity saved my life,'" King said.

"I like the juxtaposition of the phrase 'vanity saved my life' because it catches you off guard," Clark said. "And it makes you think, that's such a stupid thing to say. … With beauty, there's a sense of vulnerability. It means a lot to me to connect to other people in that way." 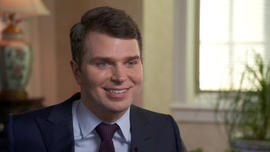 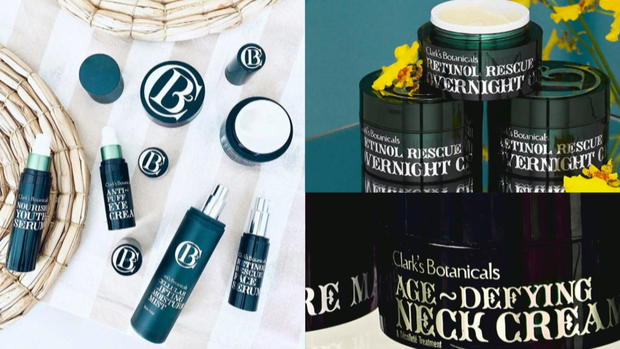 How the Lincoln Memorial became the back-drop of monumental moments