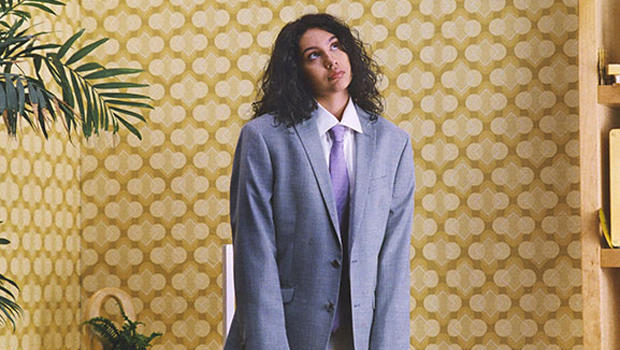 It's become an anthem for almost anyone who has ever felt like an outsider. Alessia Cara's "Scars to Your Beautiful"is an ode to self-love and acceptance that, she says, has changed her as a young artist as much as it's changed her fans.

She craves attention, she praises an image
She prays to be sculpted by the sculptor
Oh, she don't see the light that's shining
Deeper than the eyes can find it
Maybe we have made her blind
So she tries to cover up her pain and cut her woes away
'Cause cover girls don't cry after their face is made.

"I've had people come out to me for the first time, like, saying, you know, 'I am gay and I've never said that out loud," Cara said. "And for them to feel safe enough to tell me that, through a song of mine, is, like, unbelievable."

That performance helped explain why her music strikes such a chord, especially with millennials, because it summed up who she is — less the pop star and more the Girl Next Door.

In fact, she may be the only Grammy-winning artist to still live at home with her family in Brampton, Ontario, a quiet suburb outside Toronto.

"I grew up here," she said, showing correspondent Lee Cowan her childhood bedroom, where she still writes some of her songs."

Her fans have gotten to know her bedroom; it's made more than a few cameos in her work.That closet behind her in her YouTube videos is where she used to upload her songs. "If you watch them back, you can see some clothes hanging in the background, and really dim lighting – it was in here!"

She also turned her basement into a make-shift studio. But of all the places in this house where she could compose new work, her favorite is the seclusion of her bathtub.

"God I wish I sounded that good in the bathroom," Cowan said.

"I think everybody can. That's the trick of the bathroom!" said Cara.

It's not just because the acoustics are good in here. For Cara, there's something else: "I feel less distracted, and I feel it's a little safe environment to do whatever I want, and no one's around, and it just feels cozy."

Born Alessia Caracciolo, she grew up in an Italian-Canadian family – her mom a hairdresser, her father a welder.

As a child Alessia loved to sing, and she loved the camera. But oddly enough, the older she got and the better her voice got, the more reluctant she was to sing in frontof anyone.In fact, she was so shy she would hide it, even from her parents. "The idea of singing for them, seriously, was such a scary thing, 'cause you know, it's your parents! You don't want 'em to think you're weird!"

She was 13 when she retreated to that closet of hers to post cover songs on YouTube. She didn't have a huge number of views, or even a viral hit. But what she did have was that voice.

When she was just 16, Cara's cover of "Sweater Weather" by the Neighbourhood happened to catch the ear of an executive at a record label, EP Entertainment:

When they first called her, she said, "I think the natural reaction as a 16-year-old girl would be, like, 'This is fake. This is a scam.' I did not believe them."

Her dad took that call, gave her his blessing, and soon Alessia was in a studio writing songs for what would become her debut album, "Know it All."

But all the while, she kept the big news from almost everyone, even her friends at school. "They would be like, 'Why weren't you at school yesterday?' Or, 'Why did you leave early?' And I'd be, like, 'Oh, doctor's appointment,'" she laughed. "Yeah, I just didn't wanna tell anyone. I was too, too shy."

Most didn't find out Cara had signed with Def Jam Recordings until after she graduated, and released her first single in 2015.

"Here" was a Top 10 hit, a soulful true story about a high school party where Alessia felt so out of place she called her mom to pick her up. "It just showed a side of me," she said. "It showed a side of a lot of people, that I think wasn't always talked about in the mainstream world a lot. You know, it didn't always have to be about partying and drugs and sex. And I felt like there was a group of people who weren't being represented at all in music."

She cast her family to appear in some of her videos – her dad, her mom and brother. Even her squad from high school appears, including her best friend Olivia, who is still by her side to this day.

Her accessibility extends to social media where she often responds directly to fans. But it's also a place where Cara's attempts to be different have brought criticism.

And someone wrote to her on social media, "Well, you're not supposed to be dressing like that at an award show, how dare you?"

"It's crazy to them that I have flaws and that I'm showing my flaws to the world," Cara said. "I have a lot of moms, which is funny, commenting on my things."

"This from moms?" Cowan asked.

"From moms! 'Cause of course I always look at their page. And it's for the most part, like, older women who probably were told that they need to look a certain way their whole life, and probably have daughters that are told this. But it reminds me that I need to keep doing what I'm doing because I want to change these people's minds."

Her highly-anticipated second album, "The Pains of Growing," is not only about love and loss and loneliness, but about coming of age while being in the spotlight – a theme reflected in the oversize suit she's drowning in, in the music video for "Growing Pains":

"I go through periods of ups-and-downs, where I just cry for no reason, or I just feel alone or down," she said.

"That's a lot that you're dealing with all at once," Cowan said.

She's been very open about going to therapy, in part she says to help her cope with the sudden onslaught of fame. It's a level of transparency she knows comes with some risks – and rewards, too.

Cowan asked, "Do you ever worry about putting so much of yourself out there?"

"Sometimes. Sometimes I do. But I think it's important to do that. There's gonna be someone out there that is going through something. And then might hear a song about me and feel like, 'Oh, okay. I'm not the only one who does this. Like, this is okay then.'"

At only 22 she says there's a lot more music ahead. Whether she's playing to huge crowds, or singing to herself in her bathtub, this one-time closetpop-star has become a genuine one indeed. 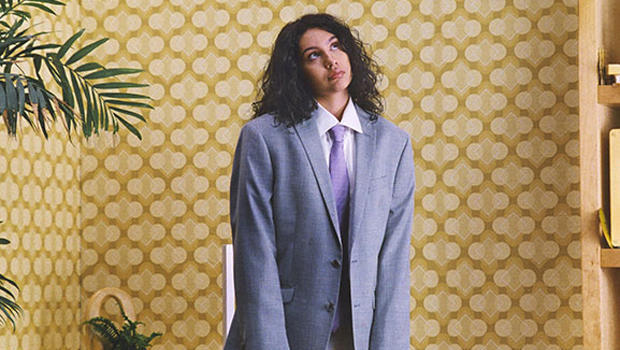 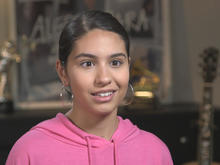 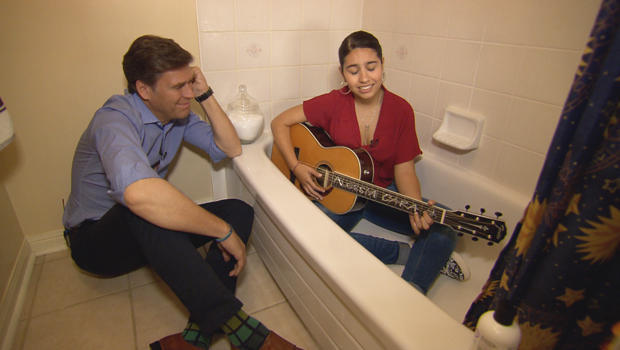 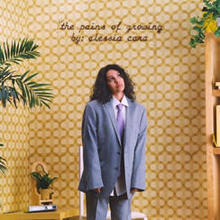 $40B will head to Ukraine as Biden signs aid bill while...