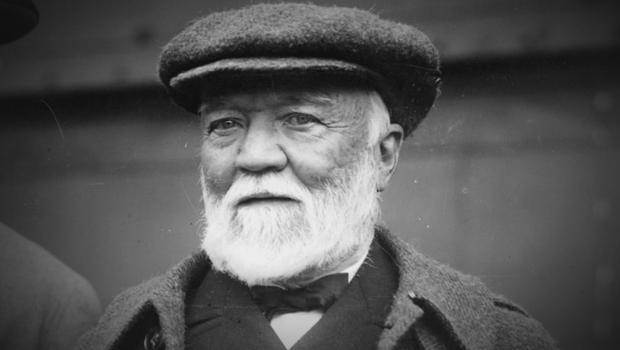 At age 13, Carnegie moved to the U.S., settling outside Pittsburgh, where he was immediately put to work in a factory. Through diligence and hard work, Carnegie lifted himself up over the years to become the biggest steel manufacturer in the land. It also made him one of the richest men in the land, worth twice as much as Bill Gates in today's dollars.

After selling his business to financier J.P. Morgan in 1901, Carnegie devoted himself to charity, as outlined in his book "The Gospel of Wealth," which he read out loud in an early recording:

"The millionaire will be but a trustee for the poor, entrusted for a season with a part of the increased wealth of the community, but administering it for the community."

Andrew Carnegie put his words into deeds, endowing more than 2,500 public libraries worldwide – more than 1,600 in the U.S. alone.

And although he died in 1919 at the age of 83, his name lives on, at Carnegie Mellon University in Pittsburgh; at his famous music hall in New York; and at charitable institutions, such as the Carnegie Endowment for International Peace.

As for the differing pronunciations of his last name, we'll let the people from his Scottish hometown of Dunfermline have the final word: 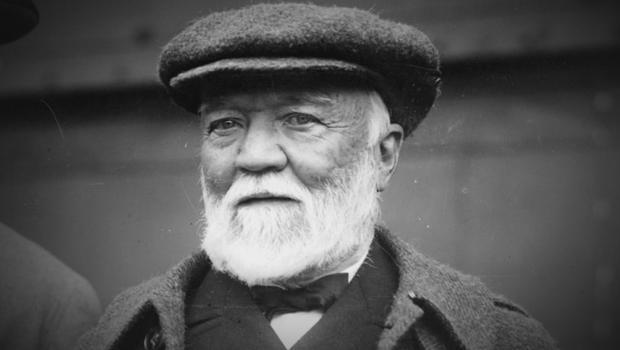