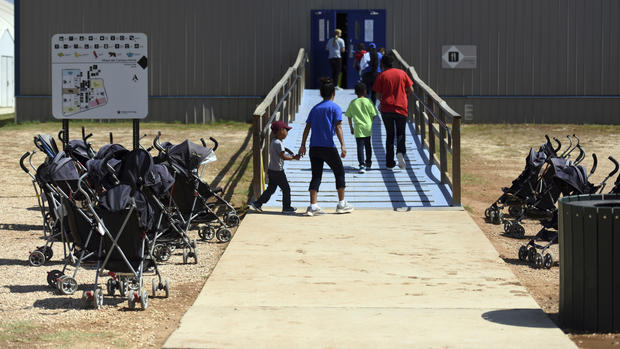 CBS/AP November 24, 2018, 9:00 AM Some families who were separated at U.S.-Mexico border still detained months later

PHOENIX — Half a dozen families who were separated at the U.S.-Mexico border are still detained in Texas months after reuniting with their children. Immigrant advocates say the government has violated a longstanding legal agreement that bars it from detaining children past 20 days in unlicensed facilities like the South Texas Family Residential Center.

The detention center in Dilley, Texas, had been holding about 40 families for four months following the court-ordered reunifications. About 30 of the families were just released last week.

Many families had spent months apart after President Donald Trump's administration launched a zero-tolerance policy requiring anyone who crossed the border illegally to face criminal charges. That meant parents had to go to court while their kids went to shelters for underage immigrants nationwide.

The policy ended in the spring after worldwide uproar, but families with parents who failed their first screening as they sought asylum have remained in custody with their children.

A decades-old agreement known as the Flores settlement dictates how long the government can keep children in unlicensed facilities. Generally, the rule has been that kids can't be kept past 20 days.

U.S. Immigration and Customs Enforcement spokeswoman Dani Bennett said the average length of a stay at the Texas center is 17 days and that some families could stay longer than 20 days depending on individual circumstances.

The families who remained detained long after reunification are asylum seekers who failed what's known as a "credible fear" interview. An asylum officer interviews asylum seekers about why they fled their country, and if they can show they have credible fear of returning, they get a hearing before an immigration judge.

A federal judge ordered the government to allow those families to redo their interviews after attorneys sued, saying parents didn't pass the initial screening because of the extreme stress of having their kids taken away.

Families still detained in Texas said in interviews with The Associated Press that they are desperate and that their kids are traumatized. One woman said she and her daughter kept getting sick during the rainy season because officials at the Texas center wouldn't let them change out of wet clothes. The dorms at Dilley are outside.

"Pursuant to our commitment to the welfare of those in the agency's custody, ICE spends more than $250M annually on the spectrum of health care services provided to those in our care," Bennett said in a statement.

Since the family separation policy ended earlier this year, Border Patrol arrests of migrant families have been surging, with nearly 17,000 family members arrested in September. The Department of Homeland Security said that is the most on record for any month – and an 80 percent increase from July.

The recent surge has overwhelmed government facilities and forced ICE to quickly release migrants just hours after they're arrested. Family apprehensions by the U.S. Border Patrol in Arizona increased by 121 percent this year as compared to last. 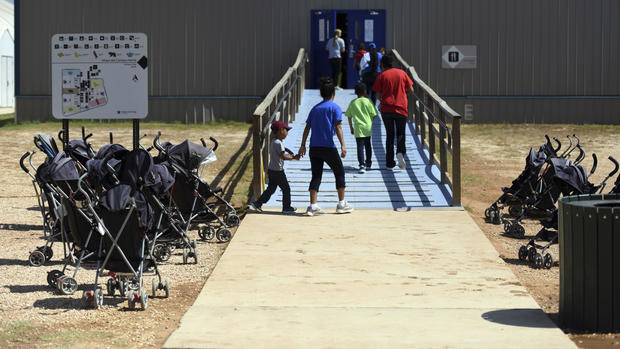