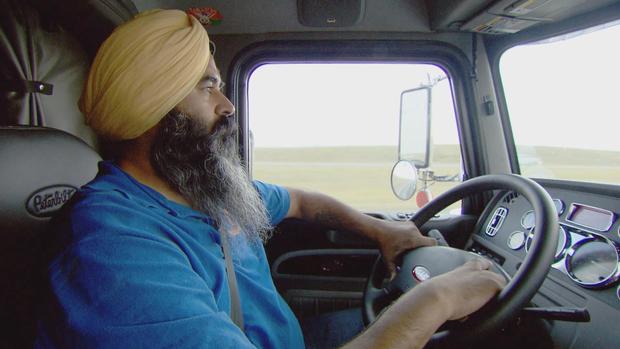 LARAMIE, Wyoming — Here's what you might expect to see driving I-80 near Laramie, Wyoming: long stretches of highway framed by rolling hills and trucker after trucker making their runs, hauling everything from fuel to furniture. Billboards advertise where they can gas up.

What you might not expect is that the trucker in the next lane is wearing a turban. Even with unemployment at a nearly 49-year low, there is a record-high shortage of truck drivers.

This year, the turnover rate for truck drivers is 96 percent. More than 50,000 drivers are needed to meet the demand, and the shortage is forcing companies like Amazon, General Mills, Tyson Foods and others to hike up their prices to consumers.
But one group of drivers — Indian-Americans who practice the Sikh faith, truckers like Mintu Pandher — may well be a big part of the solution. More than 30,000 Sikhs have entered the trucking industry in the last two years.

"For Sikhs, they want to keep their articles of faith, turban, unshaven hair, beard, moustache — it's a safety hazard for a lot of jobs that require it. So in trucking they can keep everything, and still make a decent living," Pandher said.

Pandher bought a used tractor-trailer 13 years ago. Now he owns nine rigs, plus a truck stop in Laramie.

With so many Sikh truck drivers, he even added a Sikh temple to his truck stop. And his kitchen offers Indian specials that attract new fans as well.

But it's more than a friendly truck stop that's drawing Sikhs to a career behind the wheel. Recruiting videos that look like something straight from Bollywood promise a glamorous future: fancy truck, nice car, a wife making food for the road. Pandher said it's "pretty much" made from reality.
"I mean the presentation can be a little eye-catchy, but you know that's the reality," Pandher said.
It's a prosperous reality for Mintu Pandher. People say the American dream is dead, but he said "it's not dead" at all.
In fact, if you ask him, it's humming along quite nicely on highways across the country. 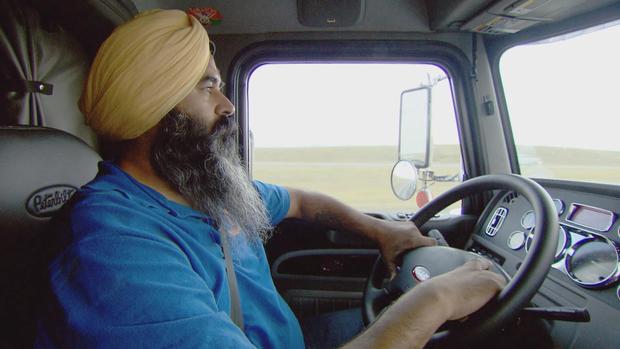