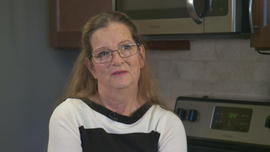 Gina Montminy has called a one-bedroom apartment in Arlington, Virginia, home for the last two years. Before coming to the VPoint Apartments, she lived in a shelter after losing her house, car and two jobs when epilepsy made it impossible to continue working.

"Well for six weeks I had to sleep on the floor until you could get a bed and then it's pretty tough. I mean you have to eat when they say to eat. You have to watch what they say to watch on TV. You have to be in by 11, you have to have lights out. I've never lived a life like that before," Montminy told "CBS This Morning: Saturday" co-host Michelle Miller.

Now she has freedom and affordability – something hard to come by in the Washington, D.C., area. At VPoint, 70 of the 116 units are rented below market rate in a county where the median household income is $110,000 and the average rent is about $2,000 per month. Montminy pays about $202 per month.

It may be surprising, but the apartments were funded through a partnership between Arlington County, the state housing finance agency, and the Church at Clarendon, which has been on the same plot of land for 110 years.

Deacon Rob Ryland said the old church was in need of repairs, but his dwindling congregation didn't have the funds. Selling the property could have brought in tens of millions of dollars, but the church decided to try to serve the community on a larger scale.

"We looked up and thought, 'Well there's all this space up there is not being used. What can we do?' Housing is a traditional ministry of the church. We had to do it right," Ryland said.

Owned by a non-profit, the complex participates in federal, state and local government affordable housing programs. The church still owns the second floor and part of the first. Jill Norcross, the executive director of that non-profit, believes it's possible to scale the business model.

Across the country, other land-rich, cash-poor faith groups are following suit, like the Bible Way Church of Washington, D.C. It's created nearly 700 affordable housing units in a zip code where home values have increased by 207 percent since the year 2000. It's also given some 50 grandparents raising their grandchildren an affordable place to live in a city where it's needed most.

But it hasn't been an easy road. The Views project faced four lawsuits, including one alleging it violated the First Amendment's separation of church and state.

"There is federal case law precedent now that allows a mixed-use facility which is properly funded and properly accounted for and audited and so forth to be able to participate in the federal affordable housing program. And that was not clear before our project," Deacon Ryland said.

Developers have built more affordable housing over the last two decades thanks to the low-income housing tax credit, a federal program that gives tax incentives to private investors to build rentals for low-income households.

"Church leaders are looking for a new way to fulfill their mission to take advantage and be good stewards of the land and property they own, and (for) a way to be relevant to their communities," said Nina Janopaul, the president and CEO of the Arlington Partnership for Affordable Housing. She has helped several churches navigate the redevelopment process.

"We're seeing in communities like Arlington and Alexandria, Fairfax, Northern Virginia, Montgomery County, across the river … they are creating a plan, a master plan to say, 'We want to do more of this.' They're actually highlighting churches and reaching out to them and trying to create a path for them to achieve this," Janopaul said.

The path is clearer for Gina Montminy. She may not worship inside a church, but her apartment has been a godsend.

"It's a lifeline to most people," she said. "I would be at the shelter if it wasn't for the church." 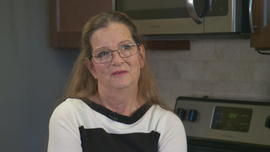 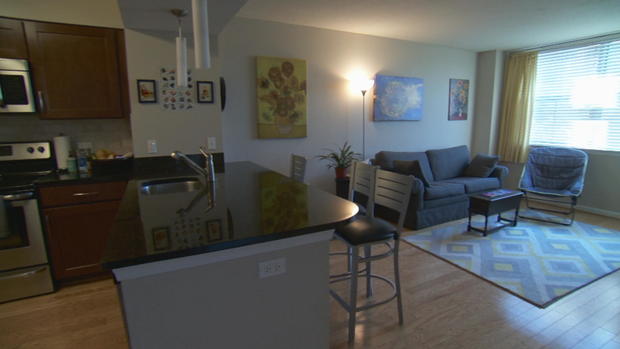