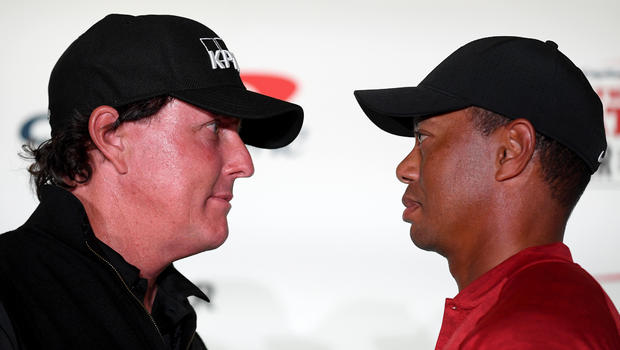 Tiger Woods and Phil Mickelson will swing away in a head-to-head competition dubbed "The Match" in Las Vegas Friday, with an added bonus of side bets for charity to spice up the 18-hole event between the longtime rivals. The legendary pair, who have combined for 18 major titles, will compete in golf's first pay-per-view event and $9 million in prize money.

The Match will be held at Shadow Creek Golf Course in Las Vegas. For viewers at home, drone camera footage will be provided as well real-time trajectories and flight paths for each shot.

Woods, who won the Tour Championship in September, looks to ride momentum into the high-stakes contest against Mickelson.

"I've always enjoyed knowing the fact I was going up against Phil over these years because I knew he was going to be tough," Woods said in a Tuesday news conference with Mickelson. "He's going to pull off shots no one's ever seen before and I'd have to figure out a way to somehow get the job done."

A golf heavyweight in his own right, Mickelson praised his opponent, citing previous instances in collegiate and professional levels where Woods has broken his records or beaten him. While $9 million is on the line, this is all about "bragging rights" for Lefty.

Another feature of this match will be the side bets. Both have already committed to $200,000 for the first shot. The money will go to the winner's chosen charity.

What time will The Match start?

How to watch "The Match"

If you're planning on joining in the bets happening on the golf course, Woods is the favorite at -190 in the latest odds posted by the Westgate LV Superbook, while Mickelson sits at +160, as CBS Sports reports. 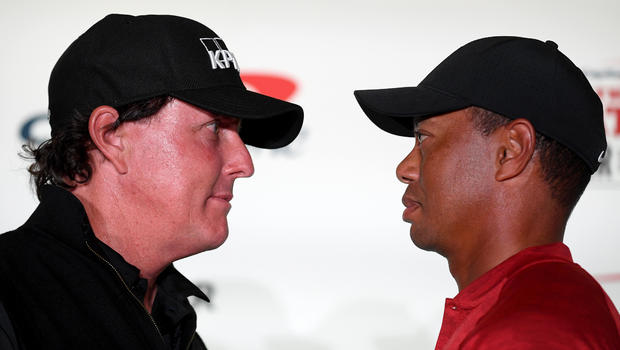