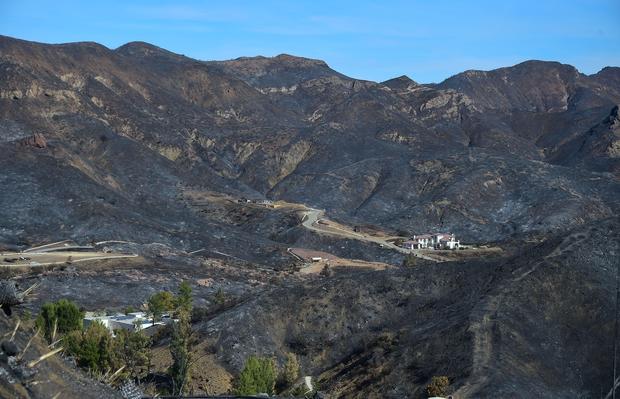 LOS ANGELES — Southern California's huge wildfire was finally contained Wednesday evening despite a brief flare up, but residents were warned to be ready for another threat: mudslides. The Woolsey Fire that began Nov. 8 was listed as 100 percent contained after burning more than 1,600 homes and buildings and claiming three lives.

Only six other California wildfires have destroyed more structures, according to state statistics.

Earlier in the day, a hotspot ignited in a remote area of Bell Canyon west of Los Angeles, said Ventura County fire Capt. A.J. Lester. No structures were threatened by the flare up, which was quickly knocked down by two engine crews.

Driven by Santa Ana winds, the fire went on a miles-long rampage through suburban communities and the Santa Monica Mountains to the Malibu coast.

Residents in the burned area sandbagged their properties ahead of a rainstorm that authorities said could bring the risk of mudflows and rockslides from denuded hills and mountains.

The National Weather Service said the front approaching the coast would spread rain across the region by early Thursday. Most rainfall — less than a half-inch per hour — was expected to hit the Woolsey burn area between midnight and 4 a.m. Some thunderstorms were possible.

"The rain should still be significant enough to cause some issues in and around the recent burn areas, especially the Woolsey and Hill burn areas, with the potential for rockslides, mudslides and minor debris flows," the weather service said. "Residents in and near the burn areas should stay tuned to the latest forecasts and any future advisories or statements on this rain event." 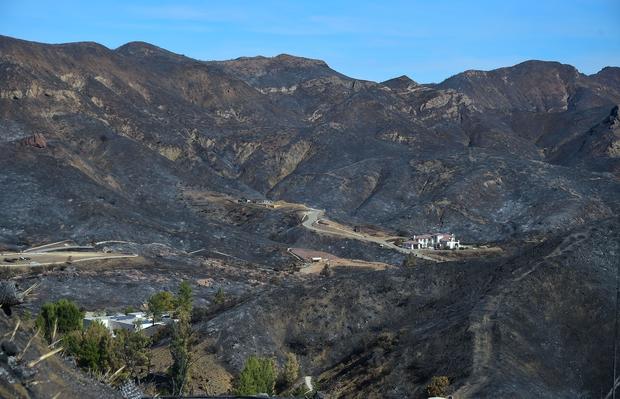 How to save money and earn rewards on holiday travel

NBA Playoffs 2019 schedule: How to watch, bracket and matchups, and...