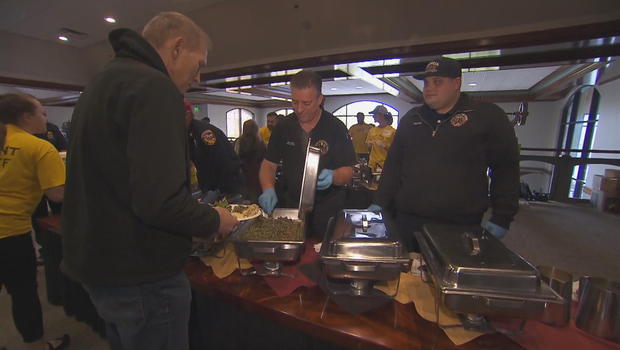 By Carter Evans CBS News November 22, 2018, 6:34 PM "I'd rather be here": First responders give up Thanksgiving to serve wildfire survivors

CHICO, Calif. — Recovery crews in California aren't slowing down for Thanksgiving. They're back in the city of Paradise, searching for victims hours after a rainstorm all but extinguished the massive and deadly Camp Fire.

The rain makes it harder to sift through wet ash and debris, but it's safer for cadaver dogs searching for human remains, according to deputy incident commander Mark Brown.

"It decreases the inhalation hazards both for the rescue and the canines," he said. "They're not inhaling it, the canines, can't exactly put masks on them because they have to use their nose."

The storm could dump up to 6 inches of rain over the next few days, causing authorities to close down one of the main access roads into the fire zone. Aviva Braun, a meteorologist with the National Weather Service, said the area is already prone to rock slides.

"Add a burn severity to that and a ton of rain all at once yeah, it could be messy up there," she said.

With 52,000 people evacuated, many still have no place to go for the holiday. Some are living in tents at a Walmart parking lot. But volunteers, even celebrity chefs like Guy Fieri, have rallied around this community, providing Thanksgiving meals.

Meanwhile in Southern California, officials said the Woolsey Fire in Los Angeles County was full contained as of Wednesday night. Three people died in the blaze that swept through the neighborhood and destroyed more than 1,600 structures. 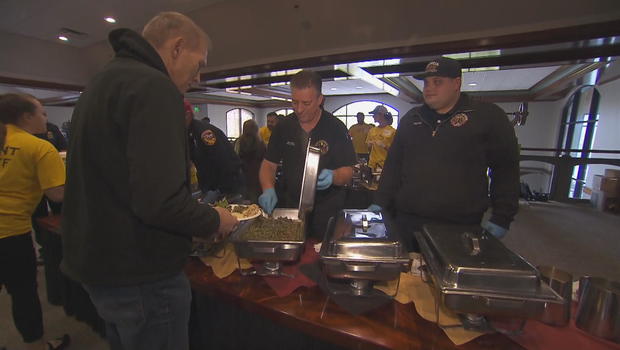 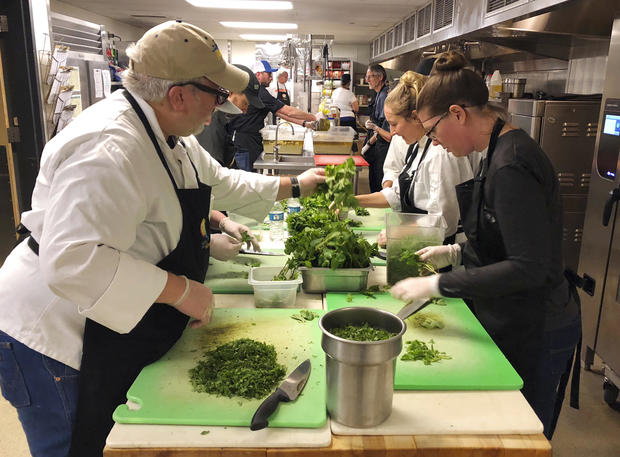