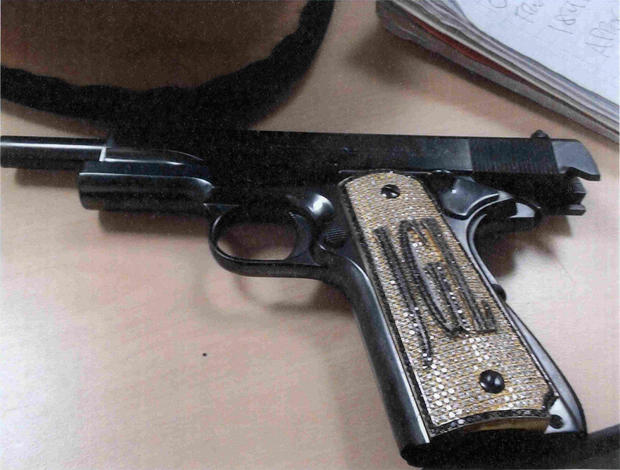 NEW YORK — Infamous Mexican drug lord Joaquin "El Chapo" Guzman, armed with a diamond-encrusted pistol, relied on rampant bloodshed and bribery to protect his multibillion-dollar drug smuggling operation and his hold on power, a former lieutenant for his cartel testified on Monday at Guzman's U.S. trial.

During his third day on the stand as a government witness, Jesus Zambada told the jury that the gunplay and cash payoffs were key components of the Sinaloa cartel's business model. The jurors were shown a photo of the pistol decorated with Guzman's initials as the witness described the brutal way the cartel dealt with various violent threats and personal slights.

According to Zambada, he was told by his older brother, Sinaloa cartel leader Ismael "El Mayo" Zambada, that a 2004 meeting between Guzman and a competitor named Rodolfo Fuentes ended poorly when Fuentes didn't shake his hand. The brother claimed afterward that Guzman made it clear he wanted Fuentes dead, and ended up ordering his killing.

Also assassinated were a corrupt police commander in 2008 for telling people "that he was going to finish off my brother and Chapo," and another drug dealer who was struck down by "a hail of bullets from AK-47" that nearly took off his head, the witness said.

Zambada described being told by one of his paid informants within law enforcement that authorities were close to capturing Guzman. It was suggested that the cartel should give a $250,000 bribe to a ranking officer, after which, "The operation was aborted. There was no problem," he said.

The defense has argued that cooperators like Zambada are framing Guzman to win favor from the court in their own criminal cases. On cross-examination Monday, the defense sought to suggest Zambada was minimizing his own role in the cartel and exaggerating that of Guzman as a mythical kingpin known for escaping Mexican prisons, when really they say he was in hiding most of his life of crime and not calling the shots.

Defense attorney William Purpura asked Zambada how it was possible Guzman outranked him when there was evidence Guzman needed to go through him to get his supplies of cocaine. For emphasis, the lawyer pulled down Zambada's mugshot from a lower portion of a cartel organizational chart on display in the courtroom and held it above one of Guzman.

"How does that look?" the lawyer asked. "Fine," the witness said with a smirk before quickly qualifying the answer by adding, "I'm below him."

Guzman, who was captured in 2014 and extradited to New York City early last year, has pleaded not guilty to drug-trafficking charges. If convicted, he would face a possible life term. When Mexican marines captured him, he had been on a 13-year run from the law after escaping from a Mexican prison in 2001. He was the most wanted man in the world; his international drug cartel put him at the top of the list.

"Making billions of dollars, having a reach around the world in Asia, Australia, in Africa, in Europe; putting poison on the streets, not just in the United States, but all over the world," Derek Maltz told "60 Minutes." Maltz was in charge of the DEA's Special Operations Division tasked with finding Guzmán. 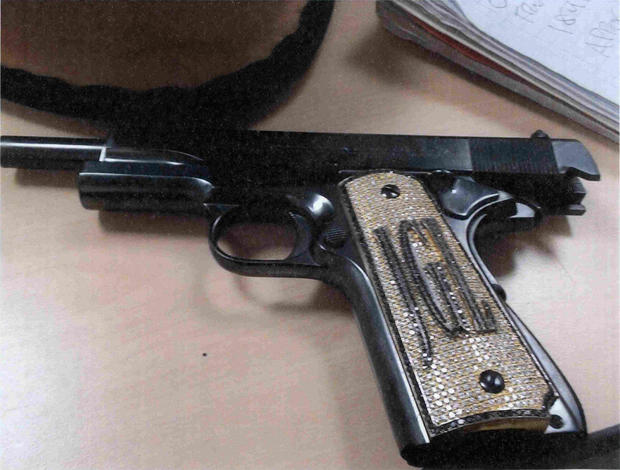