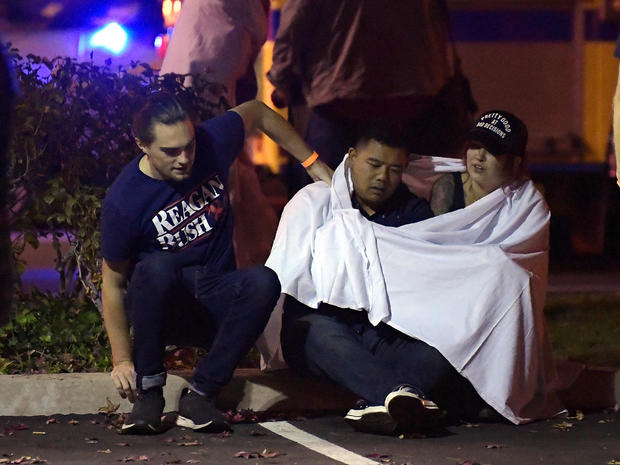 VENTURA COUNTY, Calif. — Authorities have identified the suspect in a mass shooting at a Southern California bar as 28-year-old former Marine Ian David Long. Ventura County Sheriff Geoff Dean says Long is believed to have killed himself late Wednesday at the Borderline Bar and Grill in the city of Thousand Oaks.

At least 12 people were killed in the attack, including a sheriff's sergeant who was fatally shot as he tried to enter the bar.

Dean said his department had several previous contacts with Long, including a call to his home in April, when deputies found him acting irate and irrationally.

The sheriff said a mental health crisis team was called at that time and concluded that Long did not need to be taken into custody under a "5150" order, an evaluation that determines whether a person needs to be involuntarily held for up to 72 hours because they are a threat to themselves or others. Dean said the other prior encounters were a traffic accident and an incident when he was the victim of a battery at a bar.

The sheriff said the gunman used a Glock 21, a .45-caliber handgun. The weapon holds 10 rounds and one in the chamber, but the gunman's weapon had an extended magazine, so it's unknown how many rounds the weapon held. The ATF is currently investigating how and when the weapon was purchased.

Police recovered evidence at the scene of the shooting that has led them to a house in Newbury Park, California, which is just outside Thousand Oaks, CBS News has learned. A 28-year-old man lives at the house, and police are trying to determine if that man was the shooter. 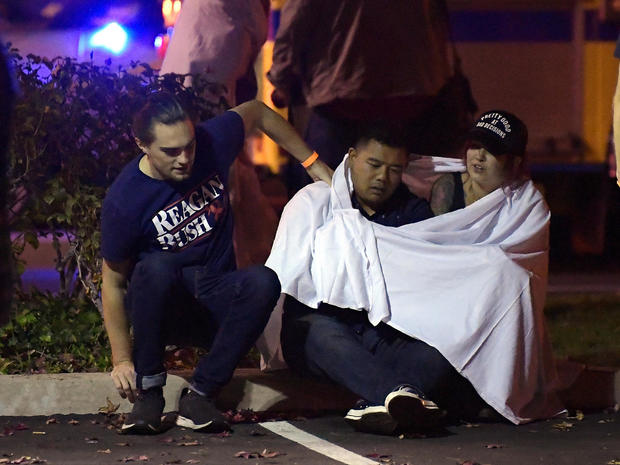