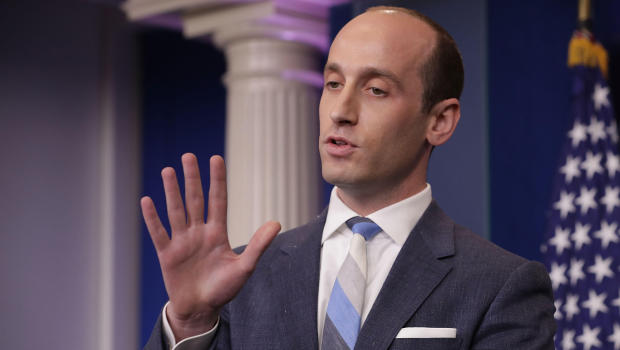 SANTA MONICA, Calif. — A Southern California school district has suspended a teacher who recounted how a senior aide to President Trump ate glue as a third-grader. Nikki Fiske told the Hollywood Reporter that when Stephen Miller was a student in her classroom, he was a loner with a messy desk who ate glue. She calls Miller "a strange dude."

"Do you remember that character in Peanuts, the one called Pig Pen, with the dust cloud and crumbs flying all around him? That was Stephen Miller at 8," Fiske told the publication. She said she wrote all of her concerns — "and I had a lot of them" — in his school record, but the principal later used white-out to erase them after meeting with Miller's parents.

The Santa Monica-Malibu Unified School District placed Fiske on "home assignment" while it decides what to do, if anything, about the disclosures, the Los Angeles Times reports. The district said it's concerned about the public release of student information.

"This has been picked up by other digital publications and blogs, and some issues have been raised," district spokesperson Gail Pinsker told the LA Times.

Miller grew up to be a senior adviser at the White House, where he's been closely associated with President Trump's policies on immigration, the travel ban, and other contentious issues. 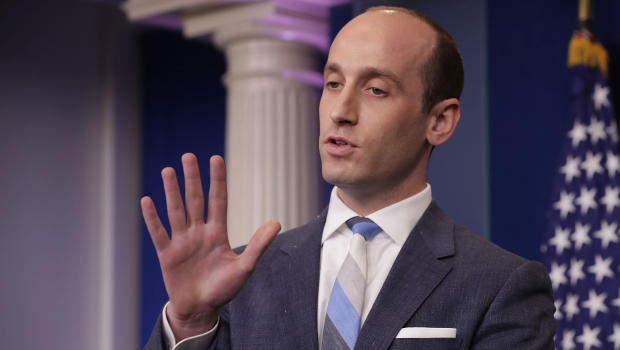 Walter Isaacson on the “accessible genius” of Leonardo da Vinci

President Trump rallies base in Iowa

Why it's “unlikely” GOP health care plan will pass

How likely is it China will solve the North Korea crisis?