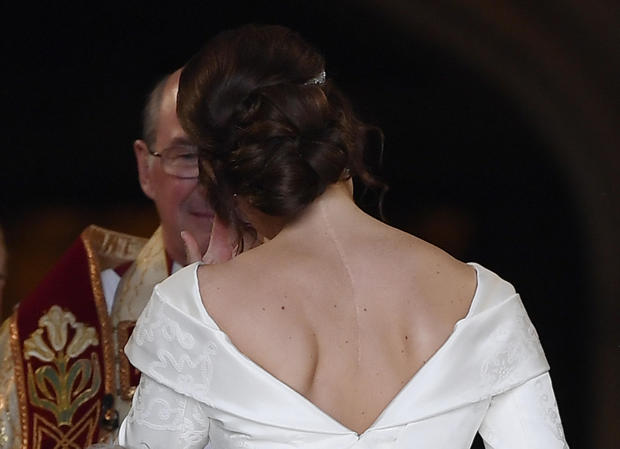 When Princess Eugenie tied the knot at St. George's Chapel at Windsor Castle on Friday, her wedding dress made a big statement. The bride intentionally chose a dress that revealed the scar on her back, a mark from the surgery she received for scoliosis when she was 12 years old.

The 28-year-old daughter of Prince Andrew and Sarah Ferguson wore a long-sleeved ivory gown designed by Peter Pilotto and Christopher De Vos. The bride wore her hair up and didn't wear a veil, which was done deliberately to show off the scar running from her neck to her mid-back.

"The low back feature on the dress was at the specific request of Princess Eugenie, who had surgery aged 12 to correct scoliosis," the royal family said in a statement.

Ahead of her marriage to tequila brand ambassador Jack Brooksbank on Friday morning, the princess spoke about the importance of showing "people your scars." She opened up about having scoliosis on ITV's "This Morning."

"I had an operation when I was 12 on my back, and you'll see on Friday," Princess Eugenie said, hinting that the scar would be visible on her wedding day. "But it's a lovely way to honor the people who looked after me and a way of standing up for young people who also go through this," she told ITV.

"I think you can change the way beauty is, and you can show people your scars and I think it's really special to stand up for that," she said.

In an Instagram post from June 30, Princess Eugenie praised "the incredible staff at The Royal National Orthopaedic Hospital who work tirelessly to save lives and make people better." She shared an image of an X-ray of her spine to commemorate International Scoliosis Awareness Day.

The bride wanted those who helped her and those who suffer from scoliosis to be represented at the wedding, the BBC reports. So she invited Julia Carlisle, a 15-year-old girl with scoliosis, to the event.

Scoliosis is a condition that causes the spine to curve to one side. It most commonly develops in children 10 to 15 years old, and three to four children in 1,000 need treatment from a specialist, according to the BBC .

"During my operation, which took eight hours, my surgeons inserted eight-inch titanium rods into each side of my spine and one-and-a-half inch screws at the top of my neck," Princess Eugenie says on the Royal National Ortopaedic Hospital's website. "After three days in intensive care, I spent a week on a ward and six days in a wheelchair, but I was walking again after that." 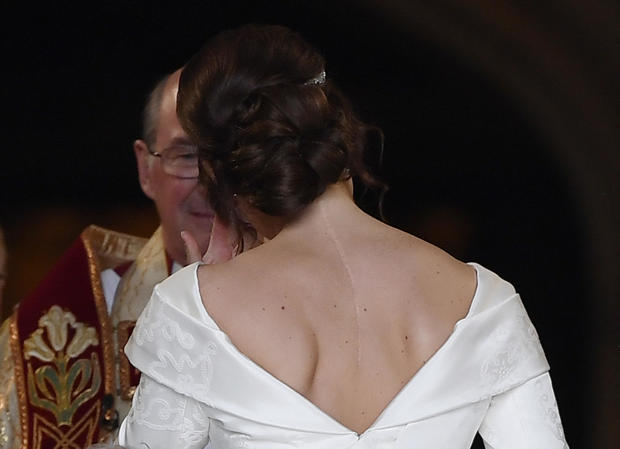 Cincinnati Zoo selects the name for a new baby hippo

2 ex-fraternity members get 6 weeks in jail for alcohol poisoning...

For these Democratic women running for office, Roe's reversal is personal