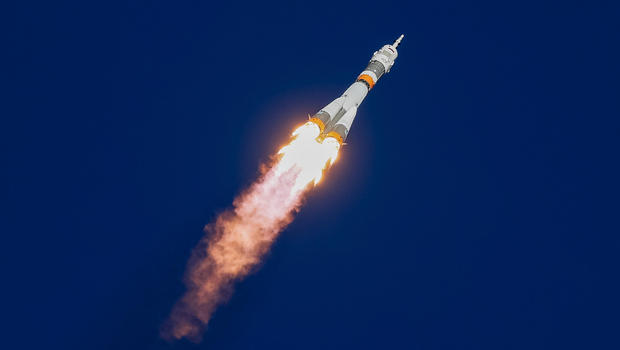 A Russian Soyuz FG rocket carrying a veteran cosmonaut and a NASA astronaut on his first space flight blasted off from the Baikonur Cosmodrome in Kazakhstan on Thursday for a trip to the International Space Station, but the booster suffered an apparent failure shortly after liftoff, forcing the crew to separate from the rocket and abort the climb to space.

NASA commentator Brandi Dean in NASA mission control at the Johnson Space Center in Houston reported the Soyuz MS-10 capsule had made an emergency landing after a "ballistic" descent, a normal but steeper-than-usual trajectory back to Earth. She said Russia's space agency had informed NASA that a rescue mission was in contact with the Soyuz crew on the ground and they were said to be in good condition.

A problem with the Soyuz MS-10/56S's booster was behind the aborted mission, Dean said from Johnson Space Center. The crew reported at one point, relayed through a Russian translator, they were weightless as the capsule flew free on its own.

Air-to-ground communications with the crew were cut off, either because NASA or the Russian space agency opted to keep the loop private or because of a malfunction during the rapid descent.

Veteran cosmonaut Alexey Ovchin was strapped into the central crew module's center seat, flanked on the left by flight engineer and co-pilot Nick Hague, a NASA astronaut making his first flight. The crew's last report indicated Ovchinin and Hague were safe and working through their abort checklist.

This was the first launch mishap for a Russian Soyuz booster since an on-pad abort in August 1983 that subjected two crew members to 17 times the force of gravity as the capsule was pulled away from an exploding booster. An earlier abort forced a different crew to land in Mongolia in 1975. The Russians have experienced upper stage failures in a variety of unpiloted missions, but the two launch aborts 35 and 43 years ago are the only such launch mishaps in the history of the Russian human space program.

The mission began with an on-time liftoff at 4:40 a.m. EDT (GMT-4; 2:40 p.m. local time). Climbing to the east under a clear sky, the Soyuz put on a spectacular show as it smoothly accelerated toward space atop a long jet of brilliant flame from its central core stage and four liquid-fueled strap-on boosters.

Live television views from inside the crew module showed Ovchinin and Hague calmly monitoring cockpit displays as they were pushed back into their seats by the steady acceleration.

The four strap-on boosters were jettisoned as planned shortly after liftoff and the flight was proceeding under the power of its second stage core booster when the mishap occurred.

The Russians routinely practice ascent abort procedures and the Soyuz is equipped with multiple systems to assure a safe landing at virtually any point during the climb to space. But unlike a normal landing, recovery crews are not stationed downrange ahead of the emergency landing. 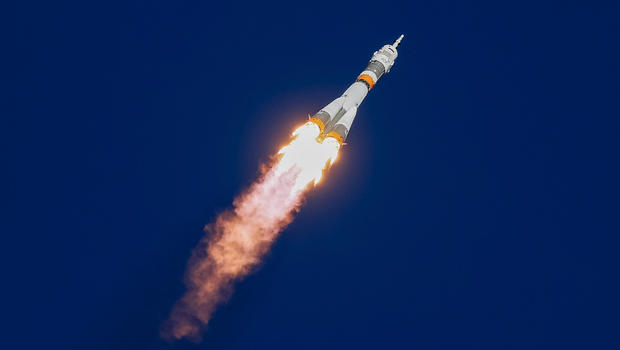 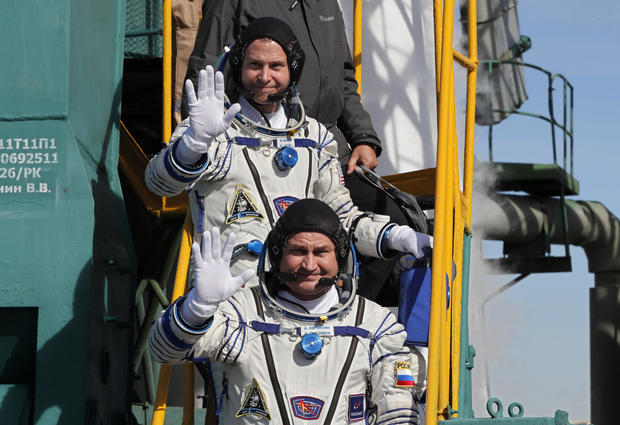 The Smithsonian looks toward the “Futures”

Mayor announces internal probe into handling of the death of Lauren...

Astronaut pulled from upcoming flight due to medical issues