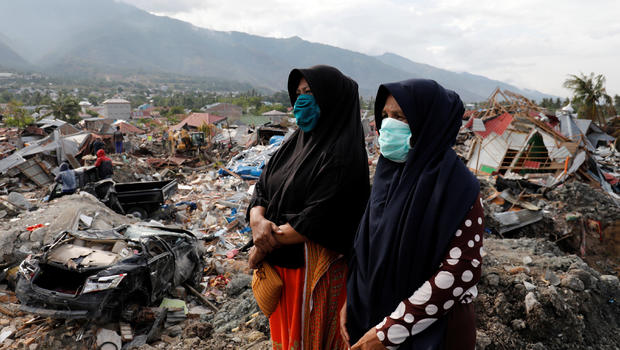 "Because of the demands of the residents to lengthen the search for victims, we have extended the search and evacuation process for one day," he said.

It will take two years to rebuild the city of Palu, which was shattered by the quake and ensuing tsunami, Nugroho said.

Officials plan prayers in areas such as Balaroa, Petobo and Jono Oge where the force of the massive quake liquefied soft soil and tore apart neighborhoods.

Assessments of the cost of reconstruction are still being carried out, Nugroho said.

The agency said the official death toll had risen to 2,073 as of Thursday, with most of the fatalities in Palu.

Officially, 680 people are missing but officials have acknowledged the number could be several thousand because hundreds of homes were sucked into the earth.

Save the Children's affiliated organization in Indonesia said there could be as many as 1,500 children missing.

Selina Sumbung, the organization's chief, said the end of the search mission is accepted with a "heavy heart."

"Children are particularly vulnerable in disasters, and to think that so many will never have the chance to grow up is heart breaking," she said in a statement.

Central Sulawesi Gov. Longki Djanggola said the disaster relief period, due to expire on Saturday, was extended by two weeks to Oct. 26.

Firefighters, soldiers and other personnel searched the rubble Thursday in a last push to find victims. They also burned debris and excavators dug into the tangled remains of buildings.

Heavy equipment hasn't been able to operate in neighborhoods where the earth turned to mud, hampering the search effort, and many bodies have decomposed beyond recognition due to the tropical heat.

Miles of coastline were trashed by the tsunami that followed the quake, with houses swept off their foundations, trucks crumpled and numerous ships beached. 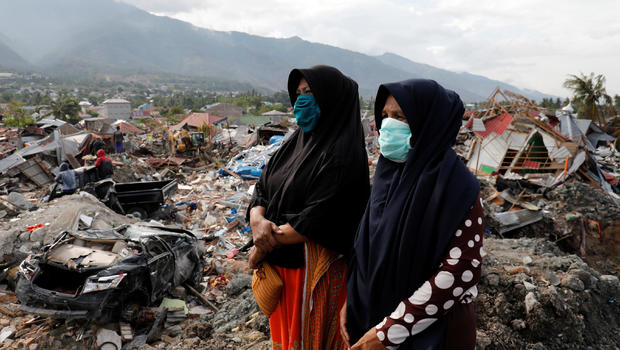 Georgia hunter threatened over photos with dead elephant speaks out