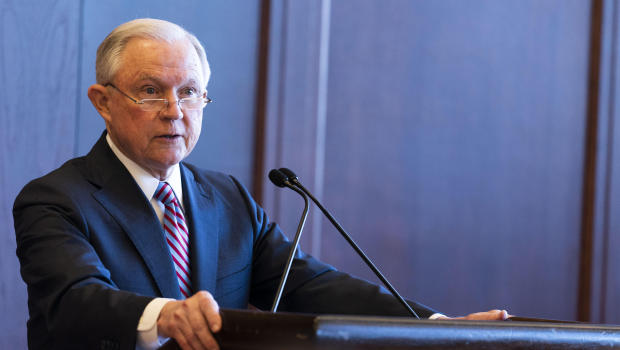 CHICAGO — The Trump administration on Tuesday sharply criticized a draft plan hammered out between the nation's third-largest city and the state of Illinois that envisions far-reaching reforms of Chicago's 12,000-officer force under close federal court supervision. Attorney General Jeff Sessions said the Department of Justice will file "a statement of interest" opposing the plan, which was drawn up after the city broke off talks with Sessions' department on reforms for the beleaguered Chicago Police Department.

"It is imperative that the city not repeat the mistakes of the past – the safety of Chicago depends on it," Sessions said in a statement he issued Tuesday.

The police reform plan, which is more than 200 pages and still subject to approval by a federal judge in Chicago, foresees far stricter rules on the use of force by officers. One provision requires officers to file paperwork each time they point their weapons, even if they don't fire.

In a joint statement later Tuesday, Mayor Rahm Emanuel and Police Superintendent Eddie Johnson responded to Sessions, saying: "The Trump Administration never ceases to amaze, and this is just further proof that they are out of step with the people of Chicago and out of touch with reality."

Sessions' comments came a day after President Donald Trump singled out Chicago in a speech to officers at a convention of the International Association of Chiefs of Police in Orlando, Florida. Trump said he would direct the Justice Department to work with Chicago officials to stem violence in the city.

Sessions didn't specify parts of the plan he opposed. But he has expressed reservations before about reform plans supervised by judges, also called consent decrees, saying they can unfairly malign officers. Chicago's police union argued the consent decree will make it harder for officers to do their jobs.

Illinois Attorney Lisa Madigan – without objection from Emanuel – sued the city last year in U.S. District Court in Chicago to ensure any police reforms would be overseen by a federal judge.

That legal action killed a draft plan negotiated with Trump's administration that didn't envision a court role in reforming the department – a departure from the practice during President Barack Obama's administration of using courts to change troubled departments.

At the convention speech Monday, Trump also criticized a 3-year-old agreement between Chicago and the American Civil Liberties Union of Illinois to curb stop-and-frisk procedures by police. The ACLU had said police inordinately targeted blacks.

Sessions echoed the criticism of the ACLU agreement in his statement Tuesday.

"Chicago's agreement with the ACLU in late 2015 dramatically undercut proactive policing in the city and kicked off perhaps the greatest surge in murder ever suffered by a major American city," Sessions said.

Chicago officials and the ACLU have said those and similar claims by Trump administration officials are exaggerated, get the data on crime in Chicago wrong and misstate the underlying causes of crime. 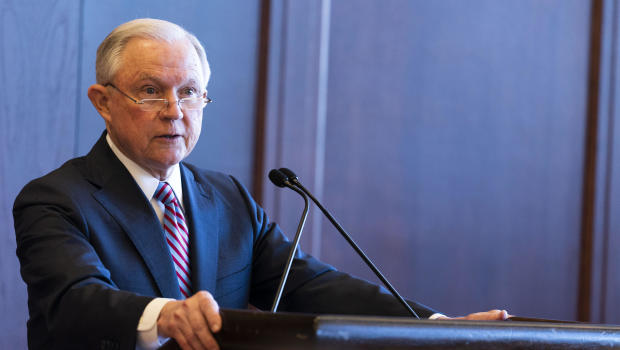 College pitcher dies due to complications from Tommy John surgery