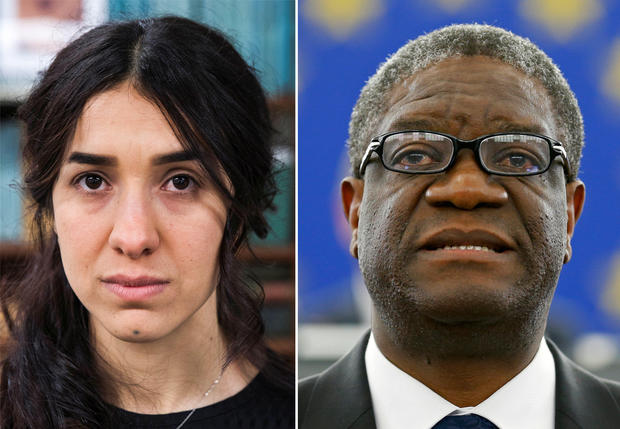 This year's Nobel Peace Prize went to two champions of women who are fighting sexual violence around the world. But their work also shows that much more still needs to be done.

One recipient is Yazidi activist Nadia Murad, who was held captive and raped by ISIS militants. The other recipient is Dr. Denis Mukwege, a doctor who has treated more than 50,000 victims of rape at Panzi Hospital in the Democratic Republic of Congo (DRC).

CBS News foreign correspondent Debora Patta said Mukwege has treated 2,000 victims this year alone, signifying a rise in violence in the region. Conflicts lasting for decades have made it difficult for perpetrators to be brought to justice.

"I think what you need in the DRC, and one of the things that Dr. Denis Mukwege's been so outspoken about is conditions need to be set for peace," Patta said.

An election in December could help signal a new era in the country, but Patta said there's concern Congo could spiral into another civil war.

A shift in mindset about sexual violence is critical to fighting it. Now, Patta said, women in Congo are victimized twice: First by rape, and again when they're isolated from their own communities.

In 2008, "60 Minutes" interviewed victims of sexual violence in Congo. One woman was gang raped and her brother stabbed to death. After escaping from her captors, she discovered she was pregnant, prompting her husband to leave her.

"Dr. Denis Mukwege says at the very least … these perpetrators need to apologize to these women, to know that what they did was wrong. What they did to these women should not be allowed, and that is why he has become this outspoken critic, not only of the government but indeed for the whole world against sexual violence as part of conflicts," Patta said.

The #MeToo movement in the U.S. may also inspire change across the globe. In an interview with BBC News, Mukwege said he thinks it's important because "the key to fight against sexual violence is to break silence."

"If you look at the #MeToo movement, it caused a seismic change because not only did women start to be believed as they told their horrific stories, powerful men started falling. Men started to be held accountable, and that has not been the case in the Democratic Republic of Congo," Patta said.

The impact of listening to victims is already being felt. Speaking to an interviewer from the Nobel organization, Mukwege said he could "see in the faces of many women how they are happy to be recognized." 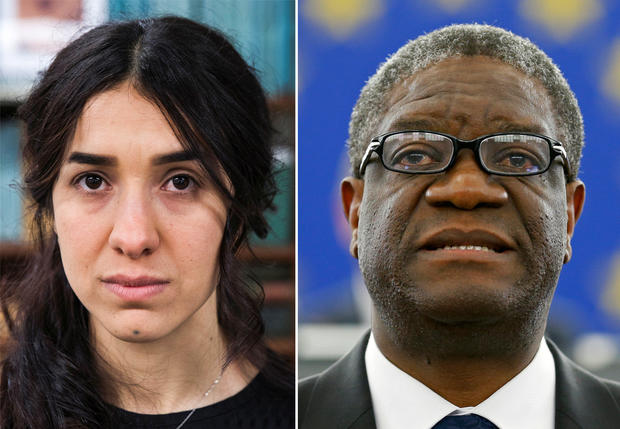