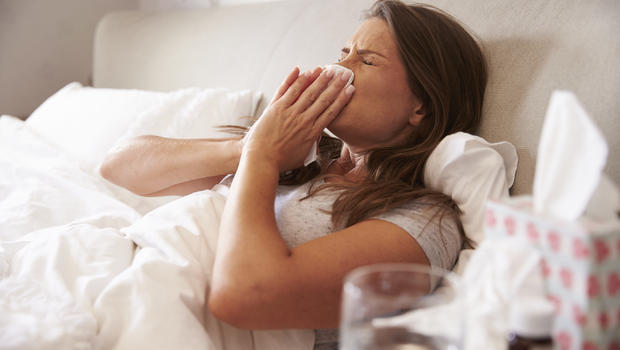 Many people love autumn for the colorful foliage and pumpkin spice, but each year it ushers in another season that is more menacing: cold and flu season, that is.

The two illnesses are often lumped together, but there are important distinctions. And when it comes to prevention and treatment, there are plenty of misconceptions that go around.

Here, experts separate fact from myth and clear up eight common misconceptions about cold and flu.

Myth 1: The flu is just a bad cold

While some people may use the words cold and flu interchangeably, they are in fact very different. Flu is a much more serious illness than the common cold.

While some of the symptoms of cold and flu may overlap, experts say the big way to tell the difference is how they begin. Colds tend to start gradually while flu will often make you feel like you got hit by a bus.

"With influenza, it hits you very hard, very suddenly," said Dr. Alan Taege, an infectious disease specialist at Cleveland Clinic. "You feel like all of a sudden something happened today. You feel achy, you're tired, and your symptoms are more severe."

The flu is also typically accompanied by a high-grade fever of 102 to 104 degrees F. With most colds, you won't get a high fever, Taege said.

Myth 2: You can get the flu from the flu shot

Some people put off or refuse to get vaccinated against the flu because they fear they will get the flu from the shot. This is simply not possible, experts explain.

"The flu vaccine is not a live virus," Taege said. "You cannot become infected from the vaccine itself."

While some people may experience mild symptoms after a flu shot, this can be attributed to other reasons, he explains.

For example, the flu vaccine takes two weeks to become fully effective so it's possible someone could be exposed to the virus or some other illness-causing germ during that time period or right before getting vaccinated.

It's also possible that the body is having a reaction to the vaccine, leaving some people feeling fatigued and achy.

"Your immune system is recognizing that there's something there that shouldn't be and it's mounting a response," Taege said.

Myth 3: I got a flu shot last year so I don't need to get another one

The CDC recommends everyone age 6 months and older get vaccinated against the flu every year. Getting a flu vaccine one year does not make you immune to the following year's flu virus.

Second, since different strains of the flu circulate each year and are constantly changing, the formulation of the flu shot is reviewed and updated each year to keep up with changing flu viruses.

Myth 4: Loading up on vitamins can ward off colds and flu

When some people feel a cold coming on, they immediately load up on vitamin C to "nip it in the bud." Unfortunately, there is no scientific proof that vitamins can help prevent a cold or flu.

"Maintaining rest, hydration, good nutrition all along is important," Taege said, "but flooding yourself with vitamins at the time you think you're having an onset of an illness, is not going to prevent it to the best of our knowledge."

There is some research to support taking oral zinc tablets to help shorten the length of a cold.

However, Stockwell warns that such supplements can lead to side effects like nausea and gastrointestinal issues and can also interact with other medication. She suggests speaking with your doctor or pharmacist before taking supplements, especially if you are taking other medications.

Myth 5: Exercising while sick helps you "sweat out" the germs

Despite assertions that it's possible to "sweat out" cold or flu germs, that notion is just "simply false," Taege said.

"Exercising yourself to the point of fatigue with significant exertion while you're ill is not a good idea. It's not going to make it go away more quickly," he said. "What you need to do is be sure that you're staying hydrated and resting."

Determining whether or not you are well enough to work out depends on a few factors.

If you have a mild cold with an upper respiratory symptoms, such as a runny nose, Stockwell says it would probably be OK to exercise, though she recommends taking it slowly and stopping if symptoms worsen.

However, if you have lower respiratory symptoms, including cough or chest congestion, or if you have a fever, definitely steer clear of the gym. Not only will you spread germs to others, you can make your illness worse.

"With the fever there is a concern over a potential link for myocarditis, which is inflammation of the heart muscle. So it's really important that if you have a fever you do not work out," Stockwell said.

Myth 6: You can still get the flu even if you got the flu shot, so there's no point in getting vaccinated

Yes, it is still possible to become sick with the flu even if you've gotten a flu shot. However, that's no reason to skip the vaccine — experts say some protection is better than none.

The flu vaccine is formulated each year to match the strains of the virus that health officials believe are most likely to circulate in the months ahead.

"Every year scientists make their best educated guess about what they think the strains that will be circulating will be," Stockwell said. "They do this by looking at the other hemisphere, which gets flu at the opposite time of year, and looking at patterns. Often times it's a good match, but sometimes it's not the best match."

You may get sick with the flu if a different strain is circulating than what was included in the vaccine that year. However, even if in a year when the vaccine isn't a good match, it still offers the best available protection against flu.

Additionally, research shows that people who become sick with the flu experience less severe symptoms if they were vaccinated versus those who were not.

Myth 7: Going out in the cold weather without a coat will give you the flu

While illnesses from colds and flu are more common in the winter, the chilly temperature actually has nothing to do with whether or not you get sick.

"Being out in the cold really has no direct influence," Taege said. "There has to be some exposure to the virus. So if you haven't been in contact with someone who's sick or with the virus itself, going outside without a proper jacket and hat on in 10 degrees F will make you cold, but it's not going to give you influenza."

Myth 8: I'm young and healthy so I don't need to bother getting the flu shot

The flu can strike anyone at any age and lead to severe illness. While complications are more common in very young children, the very old, and in people with compromised immune systems, healthy young people can still be affected.

"As we've seen with the last few rounds of influenza in recent years, young people get severe influenza and some young people have died because of it," Taege said.

Getting the flu shot doesn't just protect you — it also helps protect others by reducing the risk of spreading the virus to more vulnerable populations like babies and young children, older adults, and people with certain chronic health conditions.

What else you can do to prevent getting sick

In addition to getting the flu shot, the CDC recommends the following steps to avoid illness this cold and flu season: 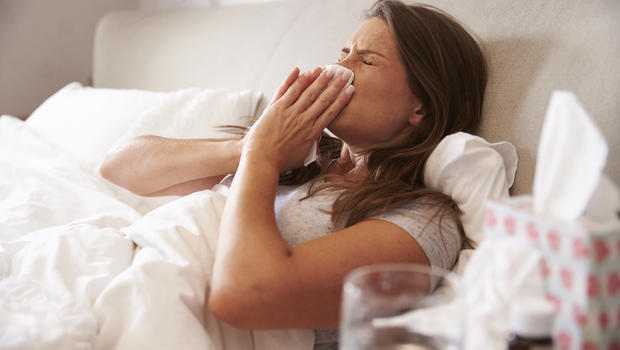 Child stabbed in the chest by a catfish in Florida, authorities...

Painkillers for pets may be adding to opioid epidemic