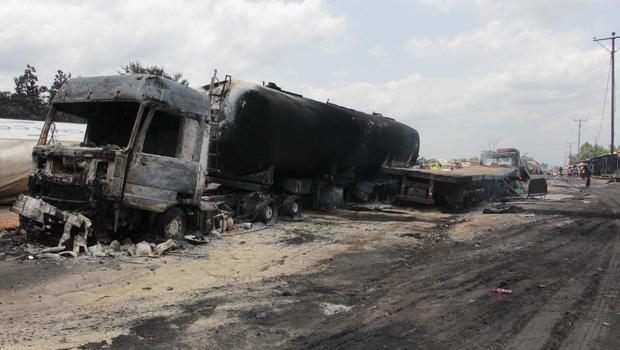 KINSHASA, Congo — At least 50 people were killed early Saturday and more than 100 were badly burned when a tanker truck in Congo collided with another truck and, as villagers rushed to collect the leaking fuel, burst into flames, witnesses and officials said.

"We deplore the deaths," the interim governor of Kongo-Central province, Atu Matubuana, told The Associated Press. Officials were identifying the charred bodies in preparation for burial, Matubuana said.

Faced with one of the country's deadliest traffic accidents, President Joseph Kabila ordered three days of national mourning "in this particularly painful moment for the Congolese people."

The accident occurred overnight in the village of Mbuba, not far from Kisantu city and about 124 miles southwest of the capital, Kinshasa. The city is on the main highway between the capital and the country's Matadi seaport.

The fire quickly spread to nearby homes, Congo's health ministry said in a statement. An investigation was under way into the cause of the accident.

A photo tweeted by the ministry showed the blackened tanker, its front bumper torn aside and its windshield missing.

"The driver of the tanker truck has disappeared while the driver of the tractor trailer died at the scene," the ministry said. Twenty charred bodies had been recovered, and four other people died after arriving at a hospital.

"The toll continues to evolve," the statement said.

Photos posted online by a local journalist showed some of the injured, their skin raw from burns, piled into the back of a pickup truck and squeezed between people on a motorbike as they sought aid.

As the country's health and transport ministers arrived, ambulances and mobile clinics were rushed to the scene.

The U.N. peacekeeping mission in Congo said it had offered assistance for the injured, with nine ambulances en route to help with medical evacuations.

Congo's military was sending others, the health ministry said. Already 20 of the injured had been evacuated to the capital, it added.

Deadly traffic accidents are common in Congo, where roads and other infrastructure in the vast country are often poorly maintained.

In 2010, more than 200 people were killed when a tanker truck overturned and burned in South Kivu province at the other end of the country.

Again, many of the victims had been trying to collect the leaking fuel when it caught fire. 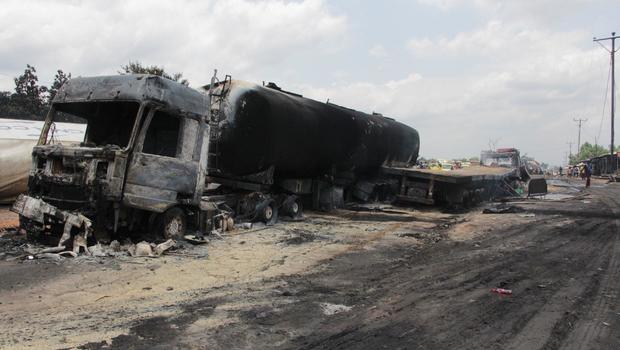 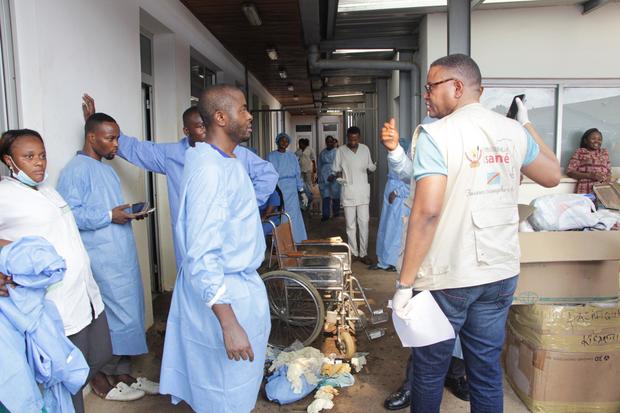