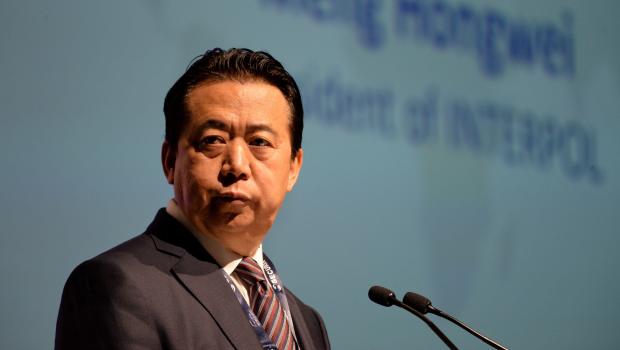 CBS/AP October 6, 2018, 9:37 AM Interpol asks China for information on its missing president

PARIS — Interpol has made a formal request to China for information about its missing Chinese president who seemingly vanished on a trip home. The agency said in a statement it "looks forward to an official response from China's authorities to address concerns over the president's well-being."

Interpol said it used law enforcement channels to submit its request about the status of Meng Hongwei.

Meng's wife says she hasn't heard from him since he left Lyon at the end of September. French authorities say he boarded a plane and arrived in China, but the 64-year-old's subsequent whereabouts are unknown. France has launched its own investigation.

"France is puzzled about the situation of Interpol's president and concerned about the threats made to his wife," its foreign ministry said, without providing any details.

Meng is also a vice minister for public security in China, which has yet to comment.

Previously, Interpol had said that reports about Meng's disappearance were "a matter for the relevant authorities in both France and China."

The South China Morning Post, a Hong Kong newspaper, has suggested that Meng may have been the latest target of an ongoing campaign against corruption in China.

The newspaper said that upon landing last week Meng was "taken away" for questioning by what it said were "discipline authorities." The term usually describes investigators in the ruling Communist Party who probe graft and political disloyalty. The Central Commission for Discipline Inspection, the party's secretive internal investigation agency, had no announcements on its website about Meng and couldn't be reached for comment.

Meng is the first from his country to serve as Interpol's president, a post that is largely symbolic but powerful in status. Because Interpol's secretary general is responsible for the day-to-day running of the agency's operations, Meng's absence may have little operational effect.

The organization links up police officials of its 192 member states, who can use Interpol to disseminate their search for a fugitive, or a missing person. Only at the behest of a country does the information go public via a "red notice," the closest thing to an international arrest warrant. "Yellow notices" are issued for missing persons.

Meng's appointment as president in 2016 — amid Chinese leader Xi Jinping's sweeping anti-corruption drive — alarmed some human rights organizations, fearful it would embolden China to strike out at dissidents and refugees abroad.

Meng has held various positions within China's security establishment, including as a vice minister of public security since 2004. His duties in China would have put him in close proximity to former leaders, some who fell afoul of Xi's campaign. He likely dealt extensively with former security chief Zhou Yongkang, now serving a life sentence for corruption.

His term as Interpol president runs until 2020. 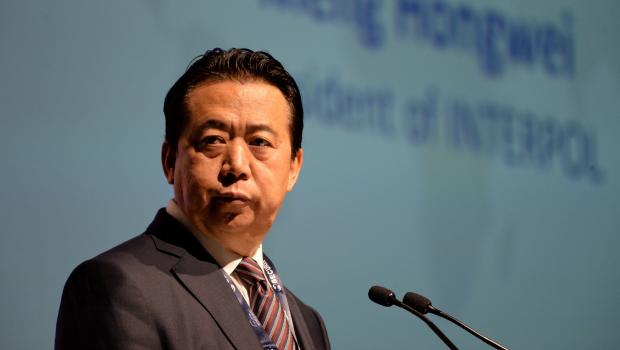