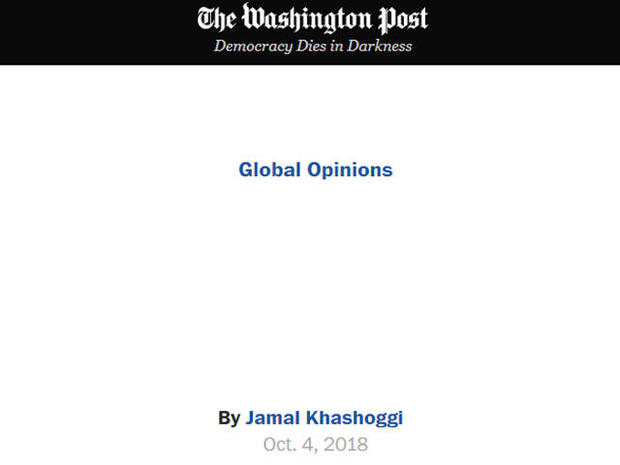 ISTANBUL — The Washington Post printed a blank column in its newspaper Friday in solidarity with a Saudi contributor who went missing while on a visit to the Saudi Consulate in Istanbul, raising concerns about his safety. Separately, the Post's editorial board called on Saudi Crown Prince Mohammed bin Salman to ensure writer Jamal Khashoggi "is free and able to continue his work," which included writing columns critical of the upstart royal and the kingdom's policies.

"His criticism, voiced over the past year, most surely rankles Mohammed bin Salman, who was elevated to crown prince last year and has carried out a wide-ranging campaign to silence dissent while trying to modernize the kingdom," the Post editorial read. "Among those in his prisons for political speech are clerics, bloggers, journalists and activists. He imprisoned women who agitated for the right to drive, a right that was granted even as they were punished."

The Post's empty column in Friday's edition bore Khashoggi's byline and the headline: "A missing voice."

It then had an Editor's note saying Khashoggi "is a Saudi journalist and author, and a columnist for Washington Post Global Opinions. Khashoggi's words should appear in the space above, but he has not been heard from since he entered a Saudi consulate in Istanbul for a routine consular matter on Tuesday afternoon."

Khashoggi, a 59-year-old veteran journalist who has lived in self-imposed exile in the U.S. since Prince Mohammed's rise to power, disappeared Tuesday while on a visit to the consulate to get paperwork done to be married to his Turkish fiancée. The Saudi Consulate insists Khashoggi left its building, contradicting Turkish officials who say they believe he is still there.

Turkey summoned the Saudi ambassador Thursday over the writer's disappearance.

Khashoggi's disappearance threatens to further harm relations between Turkey and Saudi Arabia, which are on opposite sides of an ongoing four-nation boycott of Qatar and other regional crises.

The Post joined them Friday by directly appealing to the prince, the son of Saudi King Salman.

"The crown prince has been all over the United States preaching his vision of a more modern Saudi society, breaking out of the stale old religious codes and practices, opening up to foreign entertainment and investment," the Post editorial board wrote Friday. "If he is truly committed to this, he will welcome constructive criticism from patriots such as Mr. Khashoggi." 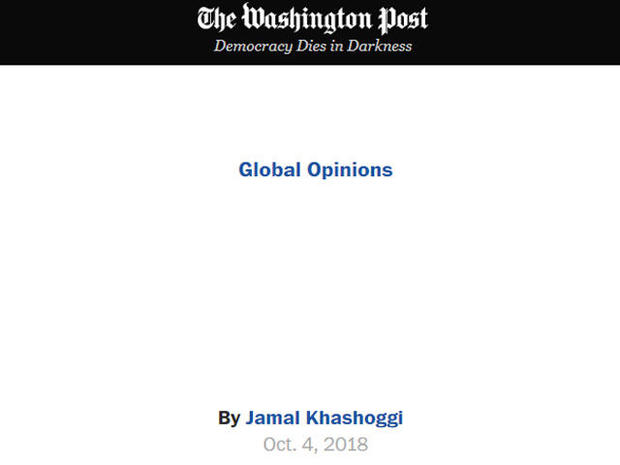 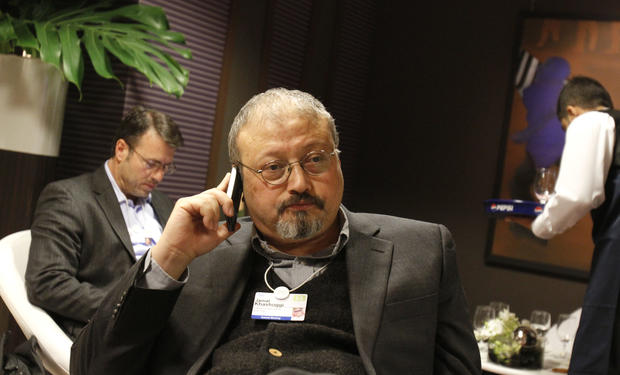