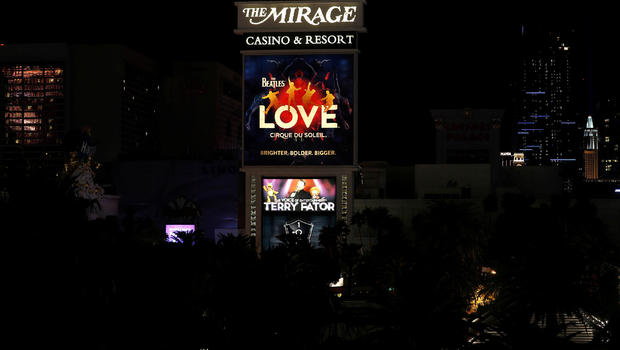 LAS VEGAS — The marquees on the glimmering Las Vegas Strip dimmed their lights for three minutes Monday night as officials slowly read the names of the 58 people killed a year earlier in the deadliest mass shooting in modern U.S. history. The famed Welcome to Las Vegas sign was darkened along with the casino lights. The shooting also left more than 850 wounded or injured.

The names were recited before a crowd whose silence was punctuated by sobs shortly after 10:05 p.m., almost the exact time 12 months earlier that a gunman in a tower suite at the Mandalay Bay casino-resort opened fire on the crowd of 22,000.

Around the same time, hundreds of survivors of the shooting formed a human chain around the shuttered site, linking arms and hands to show solidarity. Nearby, a procession of pickup trucks with American flags flying from their truck beds drove down the Strip while honking their horns.

Monday's ceremony ended a somber day of events reuniting survivors and the family members of those killed at last year's country music festival.

Jane Matusz of San Diego, who had attended the festival with friends, said memories of the Oct. 1, 2017, shooting returned Monday as she attended memorial events in Las Vegas.

"There is something very comforting about being with other survivors (and) family members," she said. "It's a very strange club to be a part of."

Hours earlier, victims' families, survivors and elected officials marked the anniversary of the tragedy by placing roses on a tribute wall and dedicating a downtown memorial garden.

The dedication ceremony under a cloud-streaked orange sunset drew at least 200 people, including former U.S. Rep. Gabby Giffords of Arizona, herself a survivor of a 2011 mass shooting.

The garden, which features a tree for each of the 58 victims and an oak that represents life, is the only permanent public space that has been created. It was built by volunteers and crated days after the shooting as the community's way of reacting to the searing violence, according to the project's co-creator.

"We've pushed back with a very deliberate act of compassion," Jay Pleggenkuhle said.

The city known for its gambling and entertainment started the tributes Monday with a sunrise ceremony where a flock of doves was released, with each bird bearing a leg band with the name of one of the 58 people slain.

"Today we remember the unforgettable. Today, we comfort the inconsolable," Nevada Gov. Brian Sandoval told several hundred survivors, families of victims, first-responders and elected officials who gathered at the dawn ceremony at an outdoor amphitheater.

He added, "Today, we are reminded of the pain that never really goes away."

The festival venue that became a killing ground hasn't been used in the year since the shooting. MGM Resorts International, the owner of the property and Mandalay Bay hotel, hasn't said if or when it will reopen.

Company officials redirected curious people on Monday to a nearby Catholic church that offered a spot for quiet reflection.

Many who were cheering Jason Aldean's headline set on at the Route 91 Harvest Festival late Oct. 1, 2017 said later they thought the rapid crack-crack-crack they heard was fireworks – until people fell dead, wounded, bleeding.

From across Las Vegas Boulevard, a gambler-turned-gunman with what police later called a meticulous plan but an unknown reason fired assault-style rifles for 11 minutes from 32nd-floor windows of the Mandalay Bay hotel into the concert crowd below. Police said he then killed himself.

Medical examiners later determined that all 58 deaths were from gunshots. Another 413 people were wounded, and police said at least 456 were injured fleeing the carnage.

Clark County Sheriff Joe Lombardo declared the police investigation finished in August, issuing a report that said hundreds of interviews and thousands of hours of investigative work could not provide answers to what made Stephen Craig Paddock unleash his hail of gunfire.

That has left unanswered the question of why a 64-year-old former accountant, real estate investor, small plane pilot and high-limit video poker player assembled his arsenal and attacked the concert crowd.

Paddock was characterized by police as a loner with no religious or political affiliations who became obsessed with guns, spent more than $1.5 million in the two years before the shooting and distanced himself from his girlfriend and family.

Paddock's gambling habits made him a sought-after casino patron. Over several days, Mandalay Bay employees readily let him use a service elevator to take suitcases to the $590-per-night suite he had been provided for free. The room had a commanding view of the Strip and the Route 91 Harvest Festival concert grounds across the street.

After breaking out windows, Paddock fired 1,057 shots in 11 minutes, police have said.

Jim Murren, the chief executive and CEO of MGM Resorts International, issued a statement calling the shooting "an unforgettable act of terror."

"Oct. 1 will forever be a day of remembrance, reflection and mourning as we struggle to comprehend the incomprehensible – the senseless act of evil that caused such a tragic loss of life, along with the suffering that we know continues," Murren said. 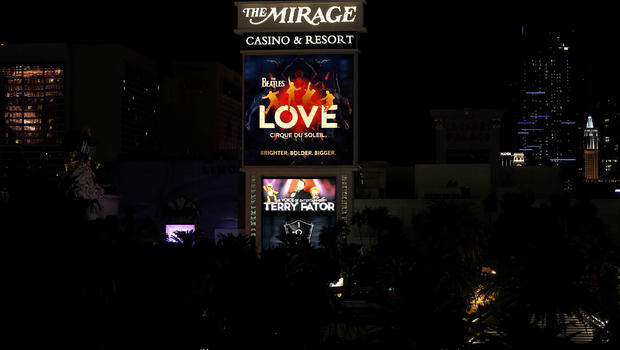 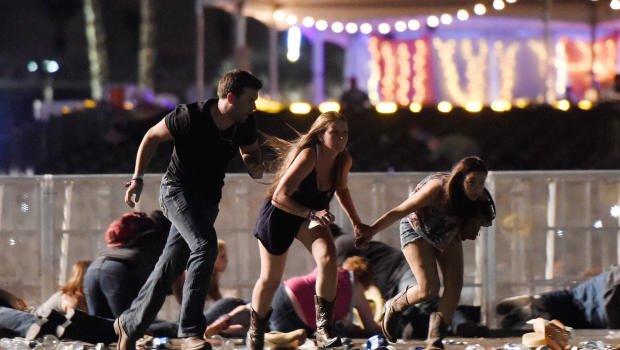 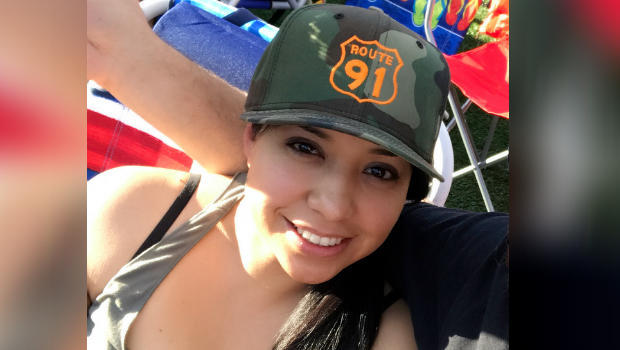 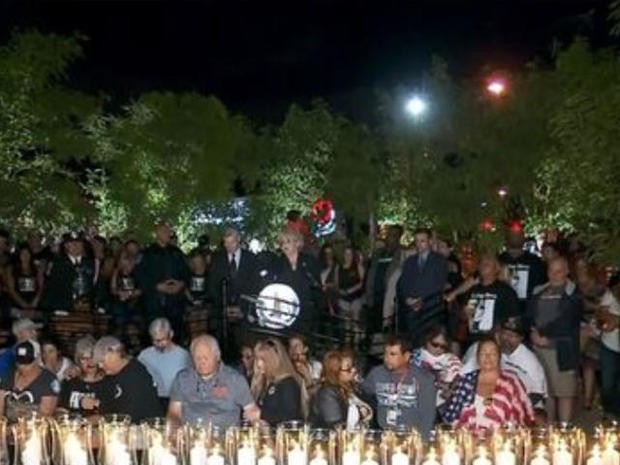 “My dream has come true”: EMTs help woman get her dying...