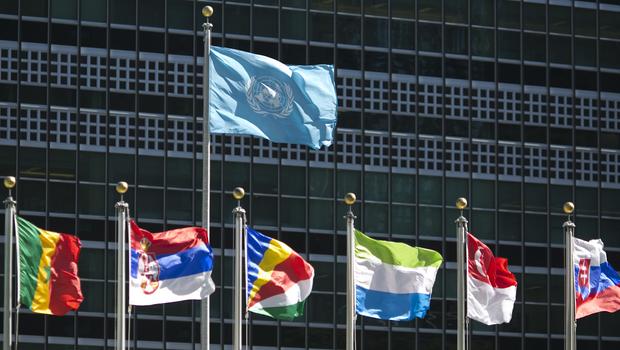 UNITED NATIONS — The Trump administration reversed visa policy this week for same-sex partners of United Nations staff, saying they must marry their partners by the end of the year or leave the U.S. But same-sex marriage is not legal in the vast majority of U.N. member states.

The policy change was outlined in a July 12 memo sent to the U.N. Secretariat, and went into effect on October 1. The memo states that partners accompanying U.N. officials "must be married" to be eligible for nonimmigrant visas for international organizations.

In a call on Tuesday, the State Department said the policy change brings visa rules into conformity with the rights and benefits given to U.S. government diplomats and staffers. Officials also said Trump administration representatives explained to diplomats and U.N. officials that they would work with individuals to comply with the new rules.

The State Department said that 105 families will be impacted. However, that number may not take into account how many foreign nationals will not be able to apply for visas in the future.

The visas cited in the memo are for "individuals coming to the United States to take up an appointment at a designated international organization, including the United Nations, and their immediate family members."

Individuals will be eligible for "limited exceptions" if they can prove they are from countries that outlaw same-sex partners, said Stephen Schlesinger, a fellow at the Century Foundation, a think tank.

"But the Trump administration has cynically used the expansion of equality in the U.S. to target unmarried U.N. same-sex couples," Schlesinger said.

There are also different rules for non-married partners of diplomats. The U.S. allows issuance of a visa for a "domestic partner" of a diplomat to include a same-sex domestic partner "if the sending country would provide reciprocal treatment to domestic partners of U.S. diplomats and government officials in that country," the State Department's Bureau of Consular Affairs website says.

David Pressman, who was the U.S. Ambassador to the U.N. for Special Political Affairs in the Obama administration, said the U.S. is turning the Supreme Court decision that expands rights of same-sex couples on its head when it comes to equality.

"What I don't understand: why the U.S. has historically been pushing the U.N. to render their policies more reflective of American values of equality, of dignity, of respect, and why the U.S. would point to expansion of equality at home as a way to deny equal treatment to individuals who are coming from the vast majority of the world where their families are not recognized, and who wish to work for the U.N. in New York," said Pressman, who is currently a partner at the law firm Boies Schiller Flexner.

"This administration is becoming quite adept at family separation," he added.

Richard V. Gowan, a senior fellow at U.N. University, told CBS News he hopes the City of New York "will facilitate the marriages of any U.S. employees or diplomats who want to avoid these penalties."

Farhan Haq, deputy spokesman for the U.N. Secretary General, told CBS News, "We are in touch with the authorities on this." 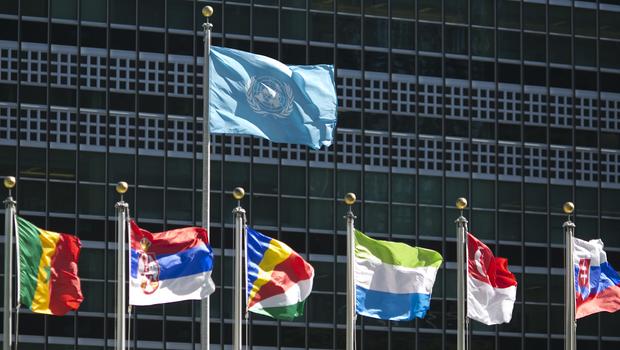