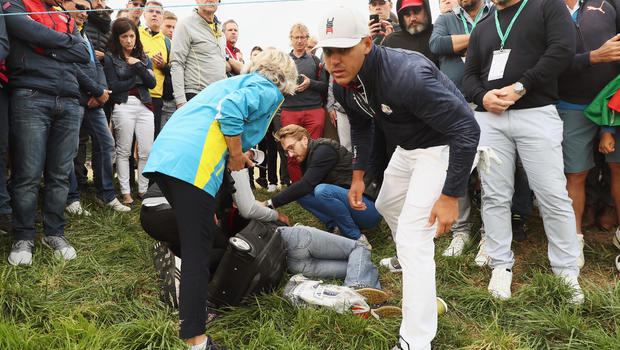 A golf fan was blinded in one eye after being hit by a tee shot from American Brooks Koepka last Friday at the Ryder Cup in France. Organizers said they will "continue to offer support" to Corine Remande.

Remande, 49, had traveled to France from Egypt with her husband to watch the biennial showdown between Europe and the United States, which was held at Le Golf National club in Saint-Quentin-en-Yvelines just outside Paris. But the avid golf fan's holiday ended abruptly when Koepka's tee shot on the par-four sixth hole veered left, landed among a crowd of spectators and hit her in the right eye.

Now recovering from treatment on a fractured eye socket and a damaged eyeball, Remande was set to consult a lawyer on Tuesday in a bid to obtain damages. A Ryder Cup spokesperson said: "It is distressing to hear that someone might suffer long term consequences from a ball strike.

"The spectator hit by a ball at the sixth hole during Friday's play was treated by first responders immediately and taken to hospital," the spokesperson said in a statement. "We have been in communication with the family involved, starting with the immediate on-course treatment and thereafter to provide support, helping with the logistics of repatriation, including providing a transfer for the family from Paris to Lyon.

"We will continue to offer support for as long as necessary," the spokesperson said. "We are hugely sympathetic and will do everything we can to support the spectator, insofar as that is possible under very difficult circumstances."

Koepka, who won this year's U.S. Open and PGA Championship, swiftly apologized to Remande following the incident. But Remande told AFP on Monday she planned to pursue legal action, claiming there was no warning from officials before the ball hurtled into the gallery.

"Quite clearly, there is responsibility on the part of the organizers," Remande told AFP as she left the Croix-Rousse hospital in Lyon. "Officials did not shout any warning as the player's ball went into the crowd."

She added: "More than anything I want them to take care of all the medical bills to make sure there is no risk of infection." The statement from the Ryder Cup spokesperson appeared to contradict her claims.

"Ball strikes are an occasional hazard for spectators but this kind of incident is extremely rare," it added. "We can confirm that 'fore' was shouted several times but also appreciate how hard it can be to know when and where every ball is struck if you are in the crowd."

Remande received first aid on the spot before being transferred to a specialist eye hospital in Paris. She was then driven to her parents' home in Lyon after doctors advised her not to fly immediately back to Egypt.

Scans on her eye revealed a "fracture of the right socket and the explosion of the eyeball," which, she said, surgeons managed to sew back together. She explained: "However they told me I'd lost the sight in my right eye, and this was what was confirmed to me today (Monday)." 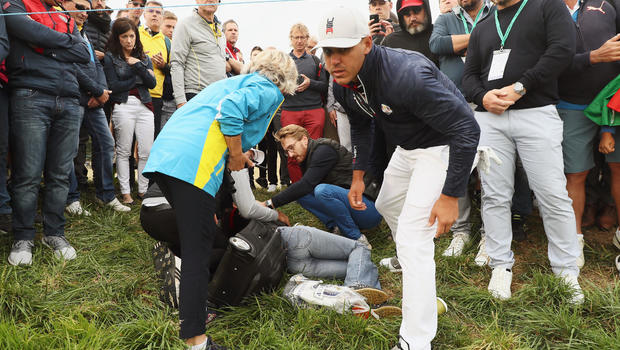 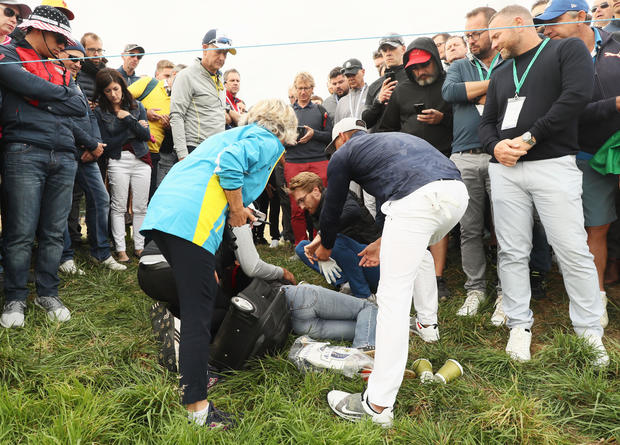