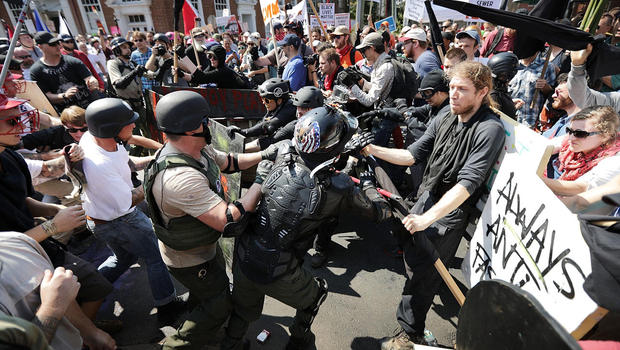 Four members of a militant white supremacist group from California have been arrested on charges they traveled to Virginia last year to incite a riot and attack counterprotesters at a white nationalist rally that turned deadly. An affidavit unsealed Tuesday says the men are part of the Rise Above Movement.

The affidavit says they attended a torch-lit rally and a larger gathering in downtown Charlottesville the next day where they committed "multiple acts of violence" against counterprotesters.

Court documents say the four men have been arrested and are awaiting their initial hearings. It wasn't immediately clear if they have attorneys who could comment on their behalf.

Federal prosecutors said earlier in the day that multiple arrests have been made in connection with the events of Aug. 11 and 12 last year. A news conference was scheduled for Tuesday afternoon to announce charges. 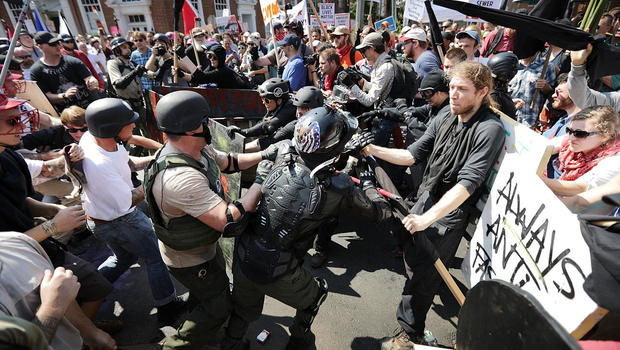 Marshawn Lynch arrested on suspicion of DUI in Las Vegas

Novavax shares plunge on weak demand for its COVID-19 vaccine

This week on “Sunday Morning” (August 14)

Dying toddler’s Yemeni mom finally reunites with him in U.S.